Top Countries That Are Betting Big On AI-Based Surveillance 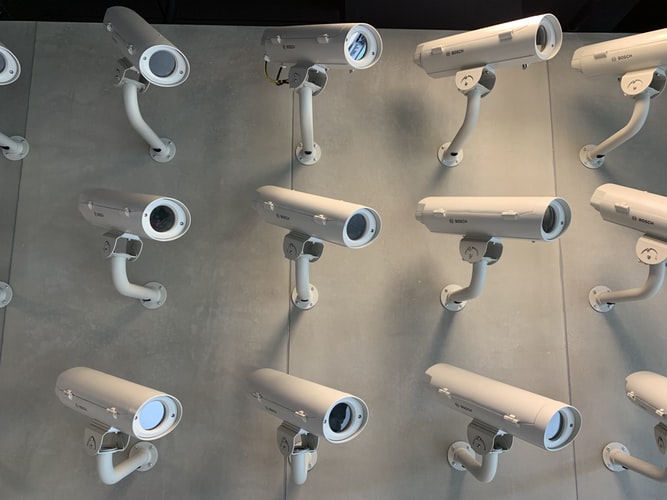 A CCTV camera is only as good as the person sitting behind the monitor. Manual monitoring is not perfect because it involves humans who are inconsistent and are prone to fatigue. But artificial intelligence systems are relentless. They not only help monitor round the clock but also assist the humans in providing real time insights for real time action.

These advantages of having robust security systems are forcing the many nations around the world to either develop home grown tech or buy from top sellers like China and the US.

Last week, the Carnegie Endowment for International Peace released a report claiming that at least 75 countries are actively using AI tools such as facial recognition for surveillance. The new report says a growing number of countries are following China’s lead in deploying AI to track citizens. 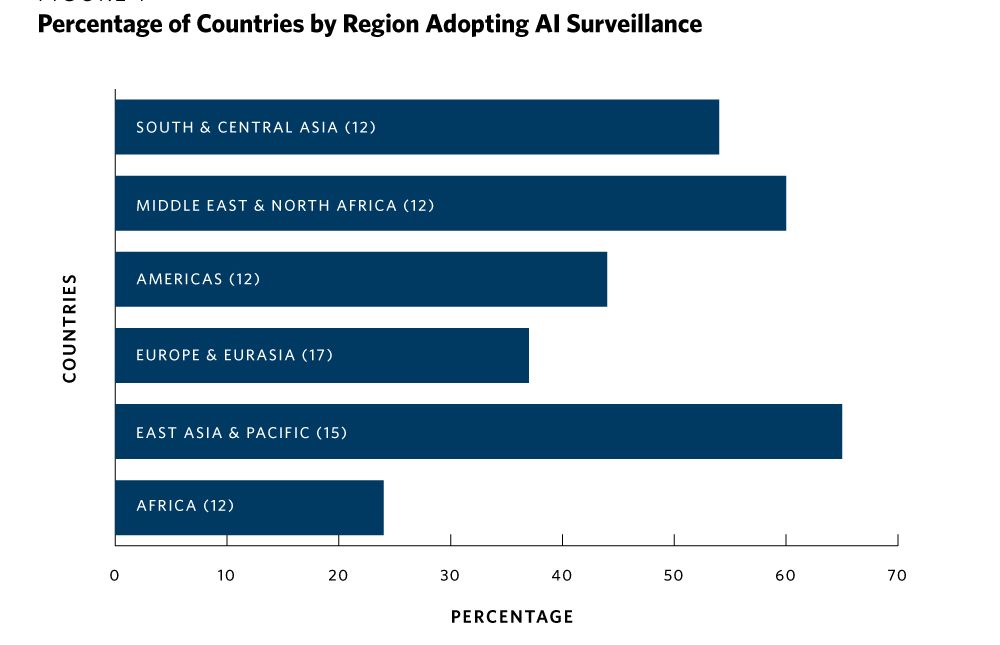 Source: Report by the Carnegie Endowment for International Peace

Key takeaways from the report:

Here we take a look at a few cases where top countries have hinted at how serious they are about AI-based surveillance:

We all have watched those famous videos where people walk into stores, get their face scanned, collect their product and leave. Today, China has become the epicentre of AI-based monitoring. There are schools that scan faces of kids before they are allowed inside. It doesn’t just end there.

Top Chinese companies like Huawei, Hikvision and ZTE supply AI surveillance technology in sixty-three countries. Of these 63, there are countries like Zimbabwe and Venezuela, which are originally known for human rights violations and Chinese presence does ring alarm bells.

The US is no alien to advanced monitoring systems. Though these systems haven’t found their way into civilian premises like that of China, thanks to whistleblowers like Edward Snowden, strategies of government agencies like the NSA have been exposed to the world.

Today, AI surveillance technology supplied by US firms is present in thirty-two countries. The most significant US companies are IBM (eleven countries), Palantir (nine countries), and Cisco (six countries).

AI-based surveillance is being used to build a “smart fence” to separate Jerusalem from the West Bank. Israeli companies are developing laser-enhanced camera, radar and a communications system that can scan a two-mile radius to detect motion. These captured images are later analysed using AI to segregate humans from the rest.

Impressed by this border surveillance technology, the US, in spite of being a power house of AI itself, is incorporating Israeli technology at the Mexican border to detect movement as far as 7 miles.

Whereas China on the other hand, Bis using technology built by Israeli startup Xsight Systems at Beijing Daxing International Airport to help it improve the safety of its runways by monitoring for debris or hazards.

Moscow already has more than 150,000 cameras monitoring its 12 million population. Now the authorities look to augment the monitoring systems with AI. These systems are aimed at identifying suspicious actions: someone very quickly waving his arms, running, grabbing an object that resembles a weapon. Moscow’s face recognition start-up Ntechlab is the frontrunner to deliver services to the mass surveillance programme that is underway.

The Maharashtra government recently deployed the technology in Mumbai, where it will be integrated with the 10,000-strong contingent of CCTV cameras. Police in Delhi, Amritsar, and Surat have been using facial recognition since as early as mid-2018. Recently, the Bengaluru traffic department too, has announced that the signals shall be operated on AI.

With its neighbour producing world-class AI-based monitoring systems, the Indian army is exploring various image recognition technologies that can replace patrolling on foot at the Chinese frontier.

According to the national strategy report released by NITI Aayog, last June, on the use of AI, monitoring and surveillance systems occupied a significant portion. For instance, the banking sector has been highlighted for the potential use cases in the AI domain.

This report also talks about how Banking and Financial Services sector in India have improved over the years and the room for AI adoption to monitor proactively with development of credit scores through analysis of bank history or social media data; and fraud analytics for prevention of various instances of fraud, money laundering,malpractice, and the prediction of potential risks.

As a result of discovering a North Korean drone in Paju in March 2014, South Korea’s Ministry of National Defense has adopted a drone detection radar based on an overseas technology.

The radar systems used by South Korean army are purchased from abroad such as drone detection radars from RADA in Israel and Blighter in the U.K. RADA especially owns a superior radar technology performance that can detect drones that are a maximum of 3km away.

In France, the port city of Marseille initiated a partnership with ZTE in 2016 to establish the Big Data of Public Tranquility project. The goal of the program is to reduce crime by establishing a vast public surveillance network featuring an intelligence operations centre and nearly one thousand intelligent closed-circuit television (CCTV) cameras (the number will double by 2020).

We can’t put too much blame on the authorities either as France witnessed gruesome terror activities the past couple of years. These events force the authorities to take up the most extreme measures to contain any future mishap.

Local authorities claim that this project with ZTE shall make Marseille “the first ‘safe city’ of France and Europe.

At the England versus Wales rugby match in Cardiff on February 23, more than 18,000 scans resulted in 12 potential matches against a watchlist of 700 suspects, according to figures published by South Wales Police.

According to the official parliamentary record Hansard, the word “facial recognition” has been referenced to 59 times in the UK parliament since 2014.

The policymakers are having mixed opinions regarding large scale deployment of these surveillance systems. And, incidents like those of Glasgow and Gatwick aren’t helping either.

The European Union is testing a technology called iBorderCtrl in three countries — Greece, Hungary, and Latvia — to screen migrants at border crossings. Individuals are asked questions about their countries of origin and circumstances of departure. The answers are then evaluated by an AI-based lie-detecting system.

Orwellian states were once considered as the benchmark for fictional dystopian folk-lore. Today, the phrase ‘big brother is watching’ is no more a wink-wink, nudge-nudge joke.

Though the case against AI systems for inappropriate has been well documented, there is a darker aspect to this. The accuracy of the algorithms isn’t foolproof yet. The induction of biases such as those of race and gender still are pervasive. And, an innocent behind bars because some algorithm mistook an umbrella for sniper, is quite a possible scenario.

However, these applications don’t even scratch the surface of what these systems are capable of doing. Since the road to hell is paved with good intentions, stricter regulations and transparency should be at the top of any state agenda before adopting large scale surveillance.