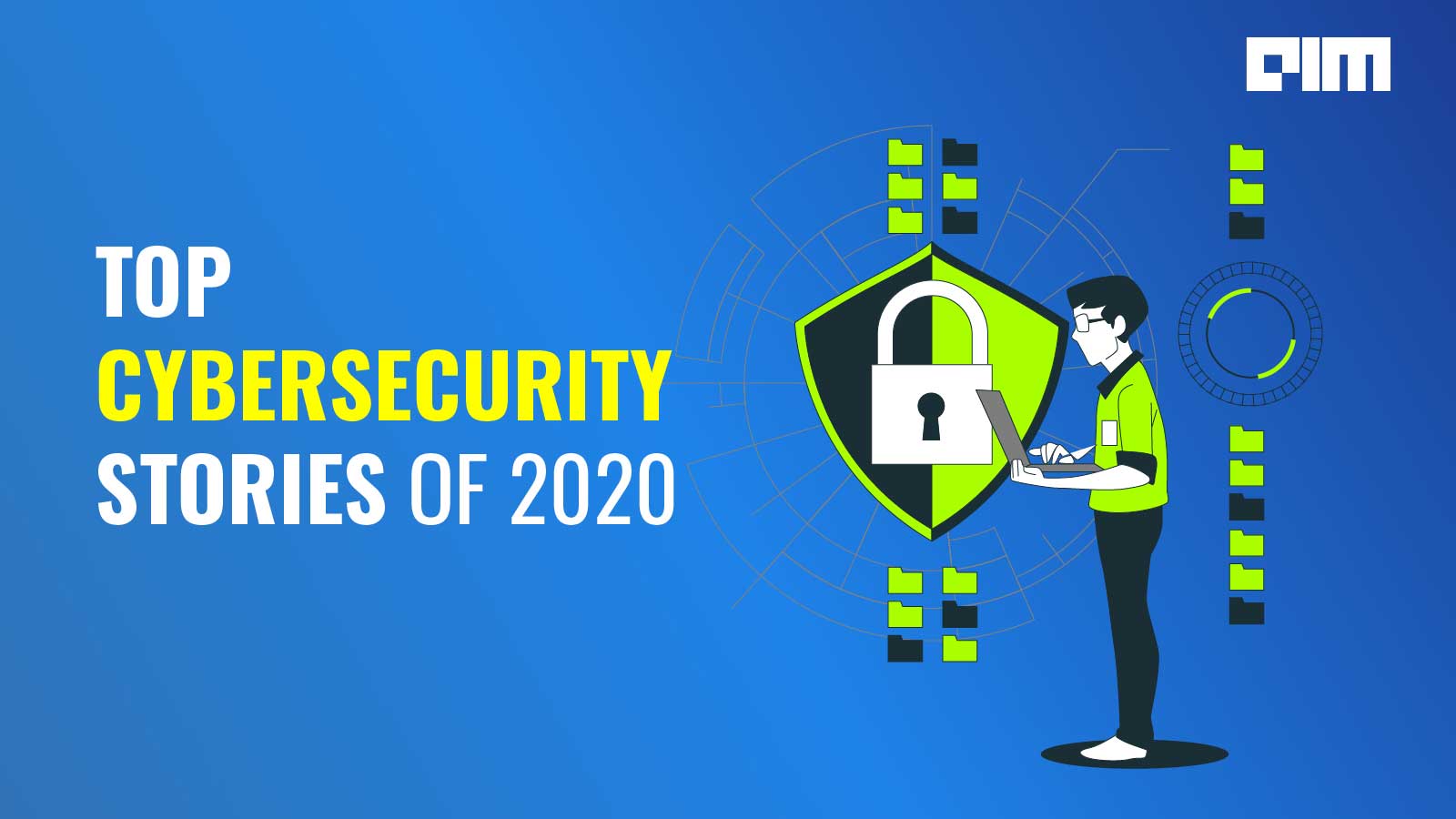 Cybersecurity was the buzzword for enterprises around the world in 2020. With drastic changes to the conventional functioning of offices due to COVID-19 pandemic, cybersecurity emerged as the biggest challenge. Here we discuss some of the major cybersecurity stories that made headlines.

With an increase in the number of COVID-related breaches, in March 2020, an international group, consisting of 400 volunteers with expertise in cybersecurity was formed named COVID 19 CTI League. This group includes professionals from over 40 countries, working at major companies such as Microsoft and Amazon.com.

Marc Rogers, one of the four initial managers of the initiative, who also head the security arm of the long-running hacking conference Def Con said that the group aims at working to combat hacks against healthcare, frontline responders to COVID, and of employees and businesses that are forced to operate from home in the given situation.

To strengthen their cybersecurity footing, several larger companies acquired smaller yet promising startups working in the field of cybersecurity. Some among them are:

In June this year, India and Australia signed a four-year collaboration on cyber affairs and critical technologies. This deal was closed at the Australia-India Leaders’ Virtual Summit, where a collective budget of $12.7 million was pledged towards this collaboration. Both the parties agreed to work hand-in-hand to promote and preserve an open, free, safe and secure internet, enhance digital trade, harness critical technology opportunities, and address cybersecurity challenges. Under this research and development in various technologies such as artificial intelligence, quantum computing, and robotics will be carried out. The fund will be utilised to support both Indian and Australian businesses and researchers to enhance cyber resilience.

In August this year, PM Modi announced that India would soon get a robust national cybersecurity policy. This announcement was made in view of the increase in internet usage across the country, which brings with itself several cybersecurity challenges with online transactions, data phishing, identity theft, among others. The last national policy was introduced in 2013 named the National Cyber Security Policy 2013 that was formulated to build secure and resilient cyberspace for Indian citizens and businesses.

In addition to the national policy, states such as Tamil Nadu and Karnataka announced state-level policies and frameworks in this regard in 2020.

Leading the pack, Tamil Nadu became the first Indian state to come out with an ethical intelligence, cybersecurity and blockchain policies. The announcement was made by TN CM Edapaddi K Palaniswami in September who said that the aim is to facilitate speedy and efficient access to government services and to establish Tamil Nadu as the destination of choice for IT and non-IT services.

Tailing close behind, Karnataka Deputy Chief Minister C.N. Ashwath Narayan, who is also the minister for IT&BT said in October that the state would soon have a cybersecurity policy.

This was a rather challenging year in terms of companies ensuring safe cyberspace and cyber hygiene given the whole work from home scenario. A PwC study earlier this year found that in the initial few months of 2020 itself saw doubling of the number of cyberattacks on Indian companies as cybercriminals misused the disruption brought about by the pandemic situation to maliciously enter companies’ networks and steal critical data.

Some of the major breaches and attacks on enterprises are listed below:

Also Read: 10 Biggest Data Breaches That Made Headlines In 2020

Like everything else, this extraordinary year too had a silver lining in the cybersecurity space. The demand for cybersecurity experts faced a major upswing this year. Studies found that there has been a 25% increase in the demand in the COVID-era and was widely recognised as the ‘hot skill’ of tomorrow. LinkedIn also reported cybersecurity as one of the most sort after jobs in India in 2020

The Critical Role Of Cybersecurity Chief In 2021

How Cisco Is Preparing For Its Greatest Expansion Of Technology: In Conversation With Vishak Raman