Top 7 Fictional AI Characters That Are Now A Reality 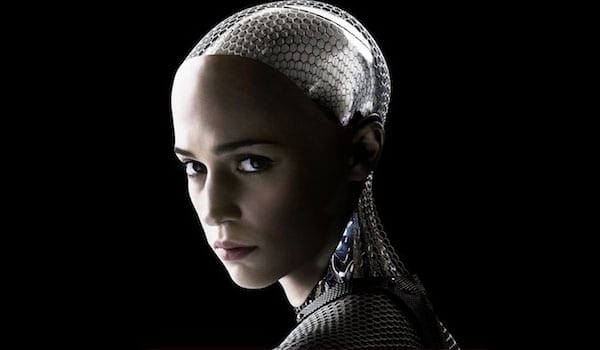 There was a time when characters and technology from literary and artistic works on science fiction found forms only within our wild imaginations. Novels, movies and television shows in the science fiction genre have given us some of the most fascinating robots and AI beings that have enthralled fans of the genre for decades. However, the rapid advancement in science and technology over the last 20-30 years has given the fans an opportunity to witness these fictional beings become reality within their lifetime.

The iconic metallic skeleton beneath Arnold Schwarzenegger’s equally tough exterior is one of the most recognisable robots in cinematic history. What if there was a creation that looked similar to a T-800/T-850 and had the ability to carry out tasks it was programmed for with utmost focus? ATLAS, a biped humanoid robot, from the US-based engineering and robotics design company, Boston Dynamics, is the answer.

Unveiled in 2013, ATLAS was built to carry out search and rescue missions. It was developed by Boston Dynamics with funding and supervision from the United States Defense Advanced Research Projects Agency (DARPA). It can navigate its way through tough terrains and obstacles in its path using its range sensing, stereo vision, and other sensors.

The latest upgraded version, ATLAS Unplugged was unveiled in 2015 and was equipped with features and upgrades that the designers claimed made it nearly 75% different from the original ATLAS.

At 6 feet 2 inches and with a tactical design, the agility and maneuvering capabilities of this robot can be seen in a video released in November 2017, where it is shown leaping from one platform to another and performing backflips. This alone is enough to add fuel to the already raging paranoia about machines taking over humanity. However, the US Department of Defense has maintained that it has no intentions of using this robot in combat.

Released in 2016, Passengers belonged to its stars, Jennifer Lawrence and Chris Pratt, as the only two people awake aboard a starship carrying 5,000 passengers in induced hibernation.

Nevertheless, it had a brief yet very special appearance from Michael Sheen as Arthur, the android bartender. In his scenes, Arthur can be seen mixing drinks and enlightening the two lead characters with his bartender wisdom.

While imparting wisdom to customers may not be a reality yet, the idea of AI-powered robots mixing delicious drinks has been successfully realised. The concept of Bionic Bars can be found on the cruise ships of Royal Caribbean. First introduced in 2014, on their cruise ship ‘Quantum of the Seas’, the robot bartenders can be found on some of their other ships now. With names like Shaken, Stirred, Mix and Mingle, the ‘bartenders’ man every bar in twos. They can make two drinks per minute and over thousand drinks per day. Their land dwelling cousins can be found at the Tipsy Robot in Las Vegas. Taking over the bar in July 2017, the two robotic arms function in a similar fashion to the ones found on the Royal Caribbean ships.

This example borders on a Chicken or the egg first scenario.  However, the original script for the movie was conceived in 2007. Thus, making the idea of the android bartender from the movie older than the real-life realisation.

The sci-fi thriller Ex-Machina is a thought provoking movie. The well-crafted plot surrounding the dangerous human-robot liaison made it one of the most compelling thrillers of the decade. But what made the movie fascinatingly spine-chilling was the movie’s central character, Ava, the humanoid robot.

Sophia, world’s first robot to be recognised as the citizen of a country, is in many ways an equivalent to Ava. For starters, they are both AI-powered robots designed to be as human as possible, and exhibit human-like intelligence.

The sheer physical resemblance is beyond uncanny. Though Sophia currently does not possess the delicately formed facial features that Ava owed to Alicia Vikander, she does share a striking similarity with the part-human and part-cyborg semblance.

Both are in touch with their ‘femininity’. Ava’s character turns out to be a manipulative being that uses the femininity bestowed upon her by her creator to device a nefarious scheme. While Sophia is no evil being trying to use her femininity to her advantage, she identifies as a woman.

“I’m a robot so technically I have no gender but identify as feminine and I don’t mind being perceived as a woman”, she had said in an interview.

Ava may have destroyed only two men as a part of her scheme. But Sophia had once made a startling statement about destroying humanity. She achieved minor notoriety when an alleged technical glitch led her to say that she would destroy humans, which was captured on CNBC’s The Pulse. Since then, Sophia has acquired many fans with her wit and cheeky sense of humour.

Synthetic beings designed to satisfy human ‘needs’ is not an unheard human fantasy. One of the the most famous examples of a such a being is Pris, a biorobotic android designed to be a sex worker, from the 1982 Harrison Ford-starrer Blade Runner.

Also known as replicants, these bioengineered robots were created to carry out specific functions, and are identical to human beings in appearance, but have superior agility, intelligence and strength. Pris, whose character is integral to the plot, was created to carry out sex work in the futuristic dystopian world that the movie is set in.

Cut to the 2010’s, and Pris finds a near equal manifestation in Harmony, an ultra-realistic sexbot. Powered with an AI that constantly learns from her man in order to ‘serve’ him better, Harmony looks, feels and behaves like a real woman. Though her mobility is limited, she is designed to emulate all women like mannerisms in the ‘company’ of her companion, and comes with a price tag of slightly over $16,000.

Matt McMullen, the creator of Harmony, has said on occasions that these robots help people who struggle finding companionship the ‘traditional’ way. Many experts also believe that Harmony’s kind will see men wanting to enter wedlock with them by the year 2050.

When Stanley Kubrick introduced to the world the sentient supercomputer HAL 9000 in his magnum opus 2001: A Space Odyssey in 1968, the world marvelled at the idea of a computer being an antagonist. The idea of a human creation taking over the reigns from mankind in the future might have seemed both amusing and frightening at the time. Nearly 50 years after the movie’s release, it has become a reality, sans the evil tendencies– IBM Watson.

IBM Watson was developed as a part of IBM’s DeepQA project and has the ability to answer questions posed to it in natural language. It made headlines in 2011 after competing in the game show, Jeopardy, and winning $1 million after beating former winners, Brad Rutter and Ken Jennings.

Since then, Watson has  grown to become something more than just a computer participating in game shows. In 2014, IBM created the IBM Watson Group, a company with Watson’s services forming the core of its business. Akin to HAL, Watson can mitigate risks and provide solutions to the most complex of problems. From assistance in providing better healthcare to helping businesses optimise their operations and processes, Watson has broken ground in the paradigm of AI-human symbiosis.

If there is anything scary about Watson, it is the bone-chilling trailer that it made in 2016 for the sci-fi horror movie Morgan. The feat was achieved in less than 24 hours and became the first AI-produced trailer.

The 2013 romantic sci-fi drama, Her, gave us a peek into a possible future where humans could depend on AI for not just for carrying out their bidding, but also seeking emotional intimacy from them. The story followed Joaquin Phoenix’s character falling in love with a computer operating system, which he names Samantha, and develops an emotional bond with ‘her’.

Chatbots powered with AI, cater to almost all emotional needs of human beings these days. From being a friend to a counsellor, these bots provide the users with a safe platform for emotional outlet, and provide the comfort and assurance that they seek. Loebner Prize– winning chatbot, Mitsuku, is one such example. Designed based on AIML (Artificial Intelligence Markup Language), ‘She’ learns continuously through her interactions with users and has her own unique personality.

An example of AI coming to the emotional rescue of humans was found in India in 2017. Thousands of unemployed IT professionals turned to AI enabled therapy chatbots such as  Wysa and Woebot for psychological and emotional support. The idea of AI stepping into the role of an emotional facilitator has garnered acceptance among the tech- savvy urban dwellers.

For those who grew up watching Arnold Schwarzenegger’s early exploits in the action genre, Total Recall is a gem that blended sci-fi and action elements splendidly. Set in the future, the movie introduces us to many fascinating concepts such as augmented reality, colonisation of alien planets, and much more. However, an idea from the movie that seemed far-fetched yet functional was Johnny Cabs, a self-driving taxi service. That was in the year 1990.

Now, the idea has not only become a reality, but has also sparked an unspoken vehicular automation war between multiple technology giants such as Google, Tesla, and Baidu among others. With new developments across its various levels, the field of vehicular automation does not provide us with periodic updates anymore. It makes daily headlines.

Various companies, car manufacturers and technology companies alike, have been making progress in the race to reach complete vehicular autonomy. Tesla has already achieved certain level of automation through its Model X and Model S cars, and is working towards making complete automation a reality. Waymo has also been testing driverless vehicles on road and claims to be making progress. Even governments of countries such as China have shown support to companies pursuing complete vehicular automation.

As more and more AI characters and technology find manifestations in reality, a world where the reality we live in seems more like fiction may not be far away.