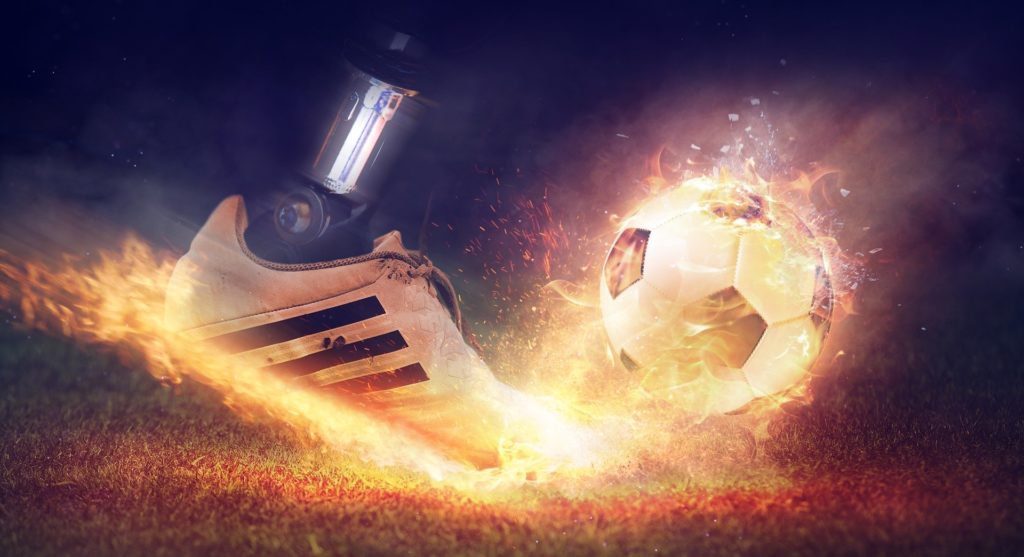 Football season will soon be upon us, but for the longest time, the sport has been reluctant to kick off the use of technology in the field. Albeit a bit late, it is waking up to new possibilities, especially the ones that enable faster and better in-game decision-making.

The insights derived from AI-powered algorithms can, however, add a lot more value to the game. Here are some fields where current and upcoming AI trends will find application in the world of football.

Among the first technologies to be implemented, Goal Line Technology (GLT) and Video Assistant Referee (VAR) have been further sharpened using AI to make them faster and more efficient. Both provide additional support to referees by helping them make the right decisions on the field. Using GLT, they can accurately assess if the ball has crossed the goal line or not, and with VAR, decisions made by the head referee can be reviewed.

Advanced GLT, powered by AI, takes the scope to the next level. Goal Decisive System (GDS) is a special ball invented by German-based Cairos Technology in collaboration with Adidas. It sends out a sound from an embedded microchip to the referee’s headset so they would know if the ball crossed the goal line or not. Advanced GLT can also pick up errors more quickly and accurately, which would otherwise have been missed by the human eye.

AI has taken VAR a notch higher as well. Artificial intelligence can improve the technology’s ability to make offside calls, and one of the top proponents of this is FIFA. According to FIFA, the potential of AI to augment this optical tracking technology is immense. Adjunct to this is FIFA’s semi-automated offside system, which synergises limb tracking with AI. Rather than using one point per player, this system follows between 15 and 20 points per player.

This is different from conventional VAR offside technology where humans make the decisions, whether it be around the frame that needs to be used or the placement of the line.

AI can also help devise and refine teams’ strategies and make game-changing decisions. Typically, the coach draws on his experience to make these decisions, or by manually analysing opponents’ data, including strengths and weaknesses of players, formations, strategies followed in previous matches, and the overall historical data.

By employing AI tools, one would be able to analyse this data; one can develop tactics that could come in handy when making decisions, especially during team selections. Most importantly, it takes out the emotional quotient during such an exercise and helps choose a team purely based on facts and not favouritism.

English football club Leatherhead FC has been harnessing these AI tools to understand its rivals better and draw up a strategic plan for the team. To this end, it had collaborated with IBM to test out the firm’s Watson technology in the field. The tech examined match reports to collate information and analyse Leatherhead’s opposition. It also offers detailed responses to any questions the players might have.

The capability of machine learning algorithms to predict successes or failures on the field is being explored by a Madrid-based company called Olocip. The company claims that its AI-based system can foresee what will happen in the next 15 minutes of a game. The idea is that users can predict the outcome of a game by weighing the variables generated by its system. This model estimates how changes in these variables can modify the probability of reaching a set number of goals.

According to the company, this technology can also be used to prevent injuries on the field. Alternatively, this could be harnessed to minimise injuries that could turn lethal if the player continued to be on the field and also to determine if they should sit out for the rest of the game. The National Football League has been using AI to measure the impact of a collision to one’s head, and if high enough, the player must be benched for a set amount of time.

Electronic Performance and Tracking Systems (EPTS) includes camera-based wearable technologies that are used to monitor, track and analyse a player’s performance on the field. These are worn between the shoulder blades, held in place by a vest. The sensors embedded on the device measures details like distance covered by the player, the parts of the field where the player spent most of their time, the rate of their heartbeat, etc.

Although wearable technology was out of bounds in football for the longest time, the International Football Association Board (IFAB) decided to allow its usage since March 2015.

Going beyond the football field, cloud-based AI solutions can be employed to deliver more in-depth insight into every live broadcast, thereby developing the next generation of the football viewing experience. This can offer fans real-time predictions on when a goal is likely to be scored and put a spotlight on how teams are controlling the field.

Germany’s premier football league Bundesliga has selected AWS to deliver more in-depth insights into every live broadcast of its games. Moreover, it will also automate the process of searching and tagging match highlights.