Entrepreneur Nick Gerritsen has collaborated with Touchtech and the Victoria University of Wellington to develop the Semantic Analysis Machine. 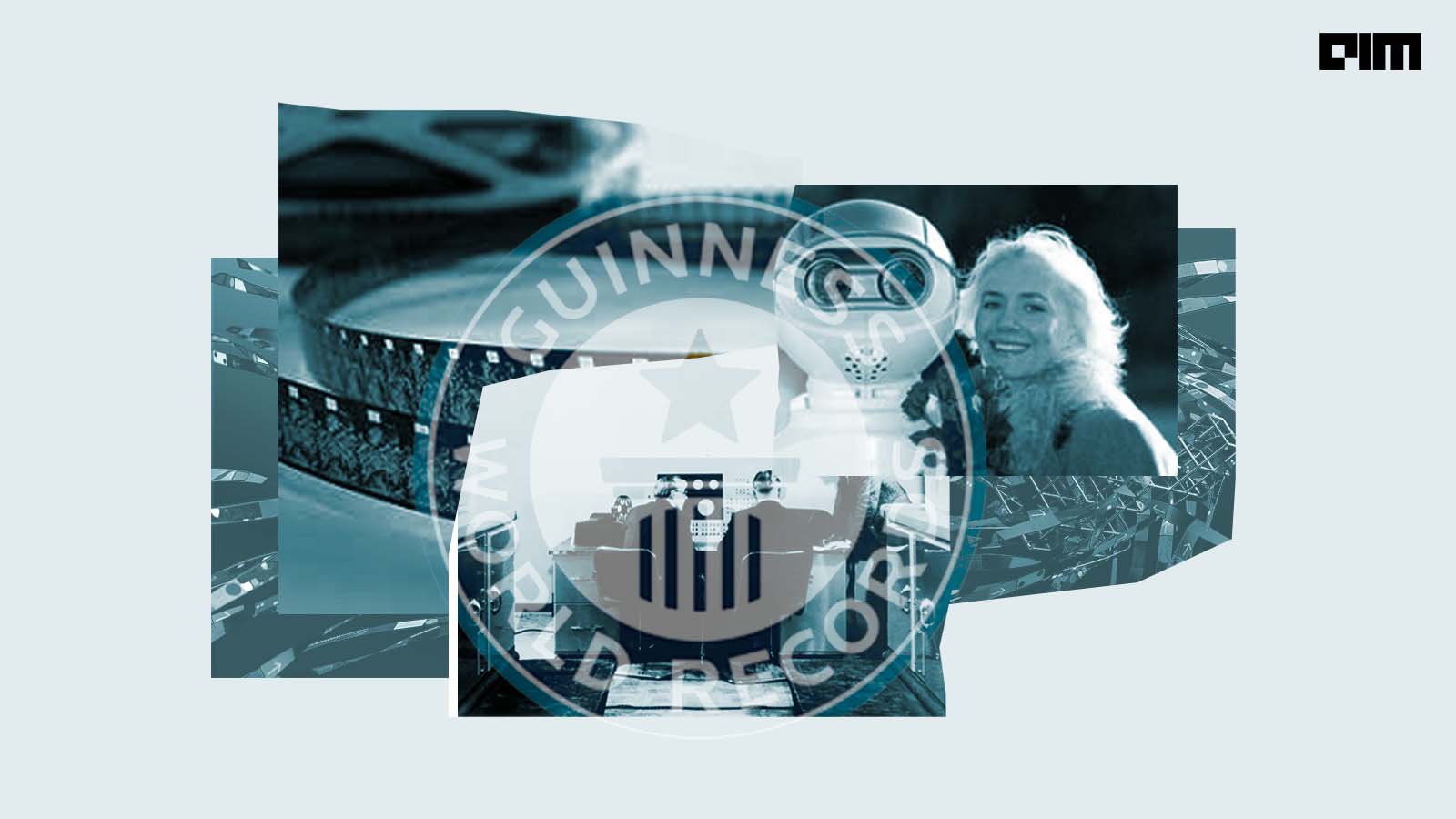 Artificial intelligence is growing at record-breaking speed, literally. Thanks to exponential development, AI has made its way to the Guinness book of world records. Below is a list of records in the AI domain.

What started as a simple Bot Camp program became a world record for the largest artificial intelligence programming lesson. Capital One Services LLC hosted this camp as part of its Future Edge DFW initiative in Dallas, Texas, USA, on April 17 2019.

The AI portion of the lesson was part of a longer coding lesson that ran for 90+ minutes. The lesson concluded with building a celebrity bot of Dallas Cowboys Jason Witten (who was in attendance). The lesson had a 94.8% pass rate.

Metal Gear Solid 2, the Japanese video game developed by Konami computer entertainment, was the first stealth game with AI features and NPCs that could form teams, communicate with each other and counter-attack. Disabling such NPCs before reinforcements arrived was a major part of the gameplay, and this level of AI has since become integral to the stealth sub-genre. GWR Video Gamer’s Edition 2008, title: First collective AI in a stealth game. The game earned the world record for being the first stealth game to utilise AI at such a scale.

Most people to take an online AI lesson within 24 hours

On October 14, 2020, Intel India, in collaboration with CBSE, created a Guinness World Record when they organised an online class on artificial intelligence titled “demystifying the impact of AI” which received 12,701 attendees from classes 8 and above in 24 hours. The virtual class was part of their “AI For Youth Virtual Symposium”.

Entrepreneur Nick Gerritsen has collaborated with Touchtech and the Victoria University of Wellington to develop the Semantic Analysis Machine (SAM). SAM holds the world record for being the first political chatbot and is designed to respond to questions on specific issues via Facebook Messenger.

The chatbot can converse on diverse topics ranging from housing to education. Apart from helping people understand various policies, SAM also spreads awareness on artificial intelligence and how public opinion get influenced by social media.

Eureqa, the proprietary modelling engine created by Cornell’s Artificial Intelligence Lab (Creative Machines lab), holds the world record for being the first AI-based scientist. Invented in 2009, this program is capable of parsing through data on any topic and generating a mathematical law, equating the given data. Named after Archimedes’s famous expression, this program works on the genetic algorithm principle – replicating the perfecting power of evolution in the natural world.

As a proof of concept, the team fed the program data on the motion of a pendulum – to which it responded by rediscovering Newton’s second law of motion and the conservation of energy.

UK-based Epagogix, founded in 2003, uses neural networks and analytical software to predict the box office success of a movie.

The tool takes in data from human scores on the prospective script, compares it with the data from the previous movie scripts, and forecasts what a full production of the new script is likely to make. As a result, the tool can make a movie’s accurate box office estimate with a +/- USD 10 million margin.

The May 6, 2010, trillion-dollar flash crash lasted for approximately 36 minutes. As a result, the US stock market dropped down by over 600 points, only to recover again in 20 minutes.

Algorithmic trading (AI computers executing trades automatically per pre-programmed codes) has caused the crash, and it holds the record for the biggest stock market crash triggered by AI.

Edmond de Belamy, the generative adversarial network-based portrait painting in 2018 by Paris-based arts-collective Obvious, holds the record for the most expensive artwork sold at auction created by a machine. The work fetched USD 432,000 (£334,144). The algorithm was based on the work of Robbie Barrat, an open-source AI programmer.

The highest score in a live (as opposed to online) and controlled Turing test was achieved by a chatterbot called Cleverbot, written by British computer scientist Rollo Carpenter. The test took place at the Techniche festival in Guwahati, India, on September 3, 2011. Thirty conversations with Cleverbot were observed and rated for how human-like they seemed on a scale from 0 to 10 – anything bigger than 5 (or 50%) corresponds to a pass. From a total of 1,334 judges’ votes cast, Cleverbot achieved a score of 59.3% human.

Highest score at the CASP competition

In November 2020, AplhaFold 2 scored the highest Critical Assessment of Protein Structure Prediction (CASP) score. The AI-based system created by DeepMind scored 92.4 GDT at CASP14 (which ran from May to September 2020).

In 2020, AlphaFold achieved an 87.0 GDT in the toughest’ Free Modelling’ category consisting of the hardest and most complex protein problems. The AlphaFold system utilises a bank of 16 TPUs (Tensor processing units) and comes up with an answer in a few weeks. The set of 16 TPUs is roughly equivalent to 100-200 commercially-available GPUs.