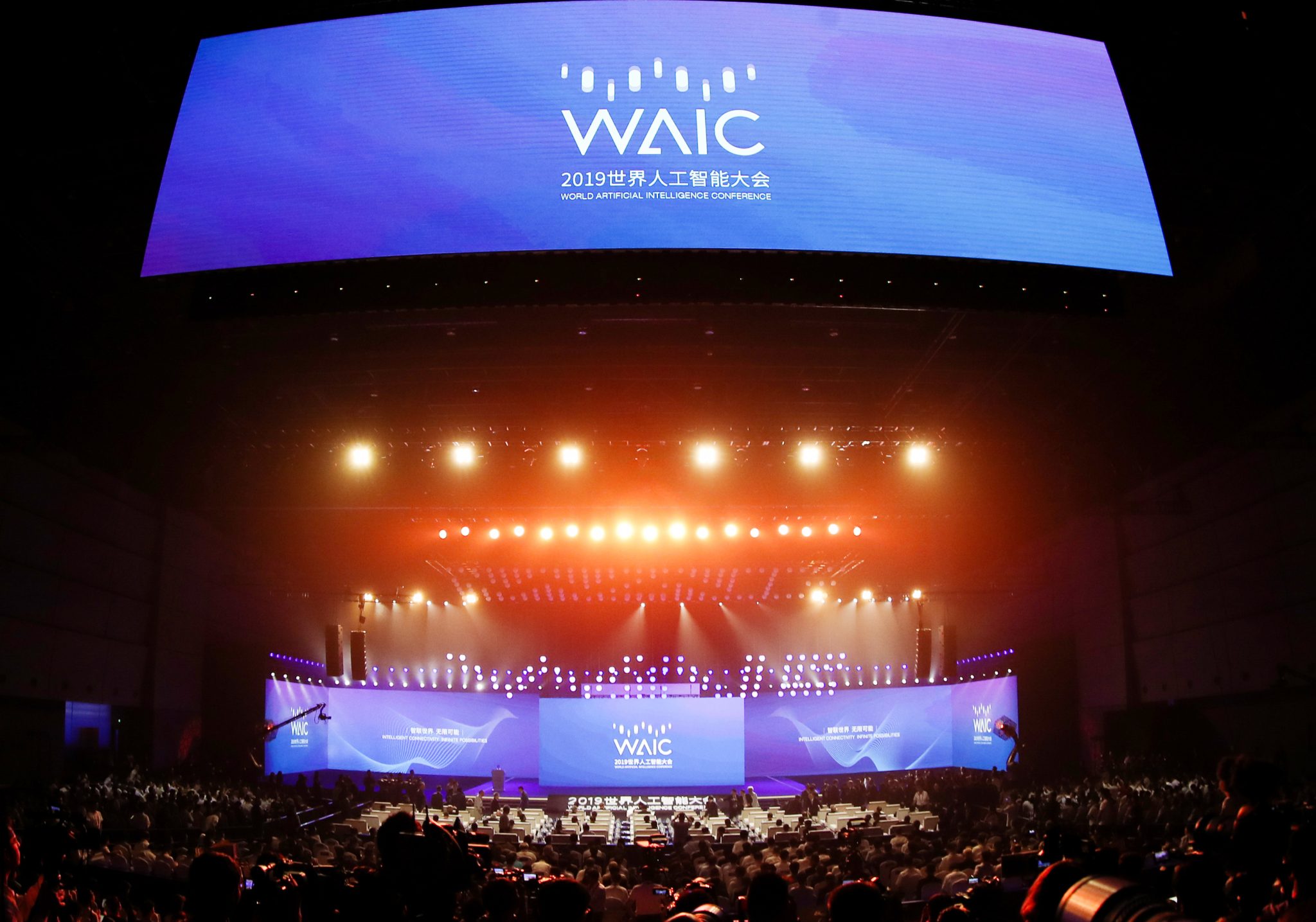 With the theme of “Intelligent Connectivity, Infinite Possibilities”, the World Artificial Intelligence Conference 2019 concluded recently in Shanghai. During the opening ceremony, Alibaba Group Chairman Jack Ma and Elon Musk, CEO of Tesla had a 45-minute debate on the impact of AI on human civilisation, future of work, consciousness and environment. The insightful discussion between two of the biggest visionaries of the world went viral and piqued everyone’s imagination on the future AI world.

While the Jack Ma and Elon Musk debate was the biggest highlight, there were many other interesting things that came out of the event. The event saw innovative applications related to industrial ecology, AI urban application, autonomous driving and other cutting-edge technologies, and about 400 companies which participated.

More than 70 AI and 5G projects were signed at the conference, including:

Didi Chuxing, China’s top ride-hailing platform showcased that it has installed cameras inside every car for its AI services. AI visual analysis monitors drivers’ unsafe driving behaviour patterns like fatigued driving, using mobile phones and intervenes drivers to prevent crashes. The AI system can give drivers a personal driving report every day as well as personalised solutions for bad driving habits, reported Cheng Wei, the company’s chairman and CEO. In the first half of this year, the AI system has approximately brought down the accident rate for Didi by 15%.

In the exhibition area of the event, a so-called “chip wall” also showcased unicorn startups such as YITU Technology, Cambricon and Horizon Robotics. YITU Technology, a Shanghai-based AI startup, rolled out its first AI chip QuestCore that provides a visual analysis capability up to five times faster than similar products available on the market but with the same power consumption.

China has been on the forefront of advancing its AI policy. At the World Artificial Intelligence Conference 2019 too, the same continued. This time, China’s Ministry of Science and Technology announced at WAIC 2019 that it has added 10 companies including telecommunications giant Huawei and surveillance-technology maker Hikvision to a major national AI development program to boost cross-industry AI development and research sharing.

The other companies newly made part of the National Open Innovation Platform for Next-Generation Artificial Intelligence are:

These companies were chosen were picked to lead the country in research and applications in AI subfields. It is to be noted that the biggest tech Chinese giants Baidu, Alibaba, and Tencent are already its members.

Vice-Minister of Industry and Information Technology Wang Zhijun stated during the announcement that apart from internal sharing of research work, China is also working to create pragmatic cooperation with other countries in AI technology for purposes of data sharing and application markets. He said China opens doors for multinational corporations and foreign institutes to set up AI research and development units in China and to enhance cooperation and exchanges in artificial technology development for different industries.

GSMA To Form 5G Innovation and Investment Group In China

GSMA, an international association of mobile operators, announced the World Artificial Intelligence Conference 2019 that it would soon launch its 5G Innovation and Investment Group in China to boost cooperation and innovation in the worldwide communications sector. John Hoffman, CEO of GSMA stated at the event that the group will bring together mobile operators from different countries as well as investors who are focused on emerging technologies such as 5G, AI and IoT. GSMA Greater China announced that the 5G Innovation and Investment Group targets attracting more Chinese companies to participate in the global communications ecosystem to jointly foster technological innovation.

The Shanghai local government issued a three-year action plan to boost the development of its AI industry, aiming to build itself into an AI highland by 2021. Shanghai will subsidise key AI projects with 30% of their investment. The amount of subsidy for each project will be capped at ¥20 million ($2.8 million). Also, an investment fund for Shanghai’s AI industry was announced to offer financial support for future AI projects in the city. Led by a consortium of State-owned enterprises such as Guosheng Group and Lingang Group, as well as private equity firms like Yunfeng Capital, the fund will initially be valued at ¥10 billion ($1.4 billion), with plans to increase this figure to ¥100 billion. A total of 33 AI projects, including IBM’s AI innovation centre, SAP’s global technical empowerment centre, CloudWalk Technology’s global operations centre, Kuang-Chi’s global AI innovation headquarters and Huawei’s 5G innovation centre were signed at the WAIC. These innovation centres will be set up in Shanghai’s Pudong New Area.

WAIC Dialogue For Leading AI Into The Security Era

Another major highlight from the World Artificial Intelligence Conference 2019 was the AI security high-end dialogue. As part of the discussion, officials and researchers from Shanghai announced research on strengthening the safety and governance of AI to avoid risks to national security, social security, and individual security it may bring. Further research on the security risks of AI will be focused on five aspects

He Jifeng, an academician of the Chinese Academy of Sciences, emphasised that the reason for the unreliable AI system is based on ML theory rather than traditional software theory, and proposed that trusted AI should be equipped with human intelligence.