Top Initiatives In the Year Of AI By Telangana 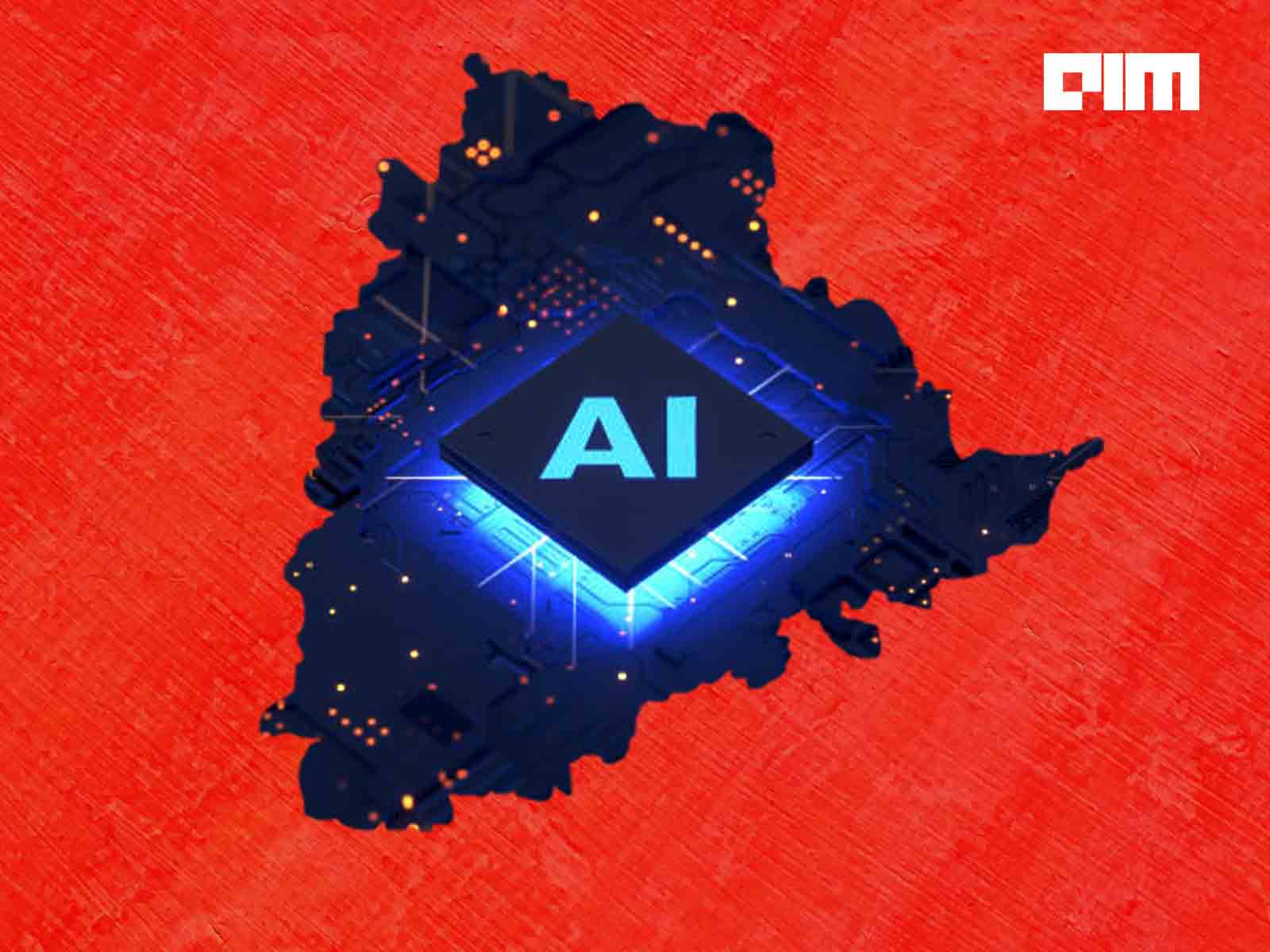 In recent news, the Microsoft AI classroom series, a joint initiative of Microsoft and NASSCOM FutureSkills, has partnered with the Telangana government to prepare 30,000 undergraduate students for AI.

The programme, which will commence on 23rd November this year, was created in partnership with the Telangana Academy for Skill and Knowledge (TASK) and Telangana State Council of Higher Education (TSCHE), to provide students with introductory courses in AI.

The initiative is another great addition to the Telangana government’s aim of becoming a leading AI innovation hub. Telangana declared 2020 as the Year of AI and came up with or participated in several AI initiatives throughout the year. Analytics India Magazine collated some of the top ones.

Setting The Foundation For An AI Hub

The Telangana government had been gearing up for the ‘Year of AI’ since last year, with several initiatives already in place. From the start of the year, they meant business, as the IT wing of the government announced their plan to put Hyderabad in the top 25 global AI innovation hubs.

In a follow-up announcement, in the first week of January itself, the ITE&C Minister of the state K.T. Ramarao announced exciting projects and signed several MoUs with enterprises like Intel and Nvidia, and academic institutions like IIT Kharagpur and IIIT Hyderabad, to set up an AI hub. Several of the MoUs have even materialised over this year.

Established by the Softwarwith a back of the Telangana government, IMAGE is the first Incubation centre for companies focused on IP in gaming, VFX, computer vision and AI.

In March, the GMR Hyderabad International Airport, 13% of which is owned by the Telangana state government, signed a tripartite MoU with the government of Telangana and Airbus, to develop a proof of concept to explore an IoT based monitoring of the environment at the airport. Under the MoU, the airport will allow Airbus BizLabs to try its platform based on IoT, AI and data analytics to monitor air, weather, noise, and other elements that can be measured for the carbon footprint.

This project is in accordance with the Ministry of Civil Aviation’s objective to achieve sustainable aviation, as outlined in the National Civil Aviation Policy 2016.

Tech Amidst the Pandemic

With the onset of Covid in the following months, Telangana was at the forefront of tech initiatives to help tackle the spread of the virus.

Also, under a government’s initiative, a Hyderabad-based start-up developed a ‘smart ventilator’ which used AI to allow doctors to remotely manage a patient’s health.

In July, a Robotics Process Automation (RPA) company, UiPath, partnered with TASK to train 30,000 students in RPA resiliency in the next one year.

This program is a part of their Academic Alliance program, which will initially extend the program benefits to 50+ academic partners of TASK and train 100+ educators on RPA Design and Development.

The Telangana government also launched the Telangana AI Mission in partnership with NASSCOM, with a vision to make the state a global hub for AI and leverage it for social good.

The first council meeting, which was held in the first week of July, decided on two key focus areas – healthcare and agriculture.

In August, the Telangana IT minister announced the launch of Artificial Intelligence for Agricultural Innovation (AI4AI) to boost agricultural development.

Agriculture is one of the crucial domains for development in the state, and hence, the Telangana State Agricultural University (PJTSAU) in collaboration with Telangana government’s ITE&C department is aiming to identify the high impact use cases of AI which could benefit both farmers and policymakers.

With a focus on identifying challenges in healthcare and mobility services and an aim to solve these problems at a population-scale, INAI aims to accelerate India’s leadership in AI.

Telangana government’s policies and initiatives are a “role model” that inspire others to become self-reliant, said the IT Minister of Telangana, in conversation with Google head of India. Indeed with so many initiatives in AI across sectors, Telangana has stayed true to its objective of accelerating the development of an AI ecosystem.

However, it is imperative for the state government to remain focused on sectors that will be beneficial for society to develop AI and avoid technologies like face-recognition that could lead to ramifications like mass surveillance.