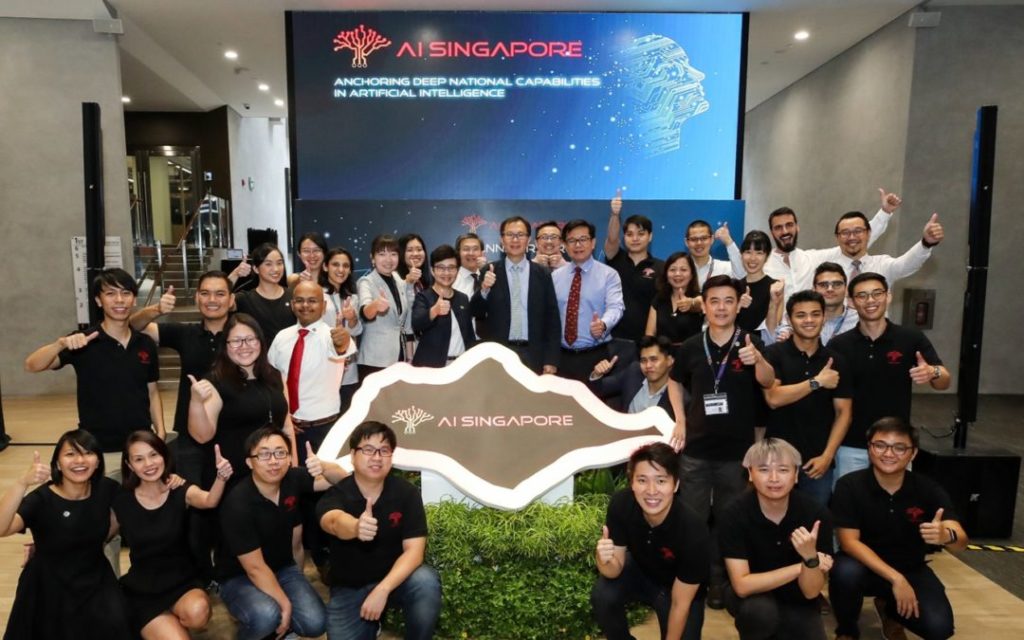 Singapore has many technological achievements to boast about and AI is one of them. Now the country is driving AI growth by building a robust technology industry. According to Singapore EDB estimates, 80 of the world’s top 100 technology companies have presences in Singapore, and they account for approximately 6.5 percent of the country’s GDP.

In this article, we list down the top AI initiatives undertaken by Singapore government:

2.Invest in deep capabilities to catch up with scientific innovation

The three focus areas of the programme’s applications are finance, city management solutions and healthcare. According to reports, NRF will invest $150 million over five years. NRF CEO, Low Teck Seng said, “AI.SG builds on the current AI knowledge and capabilities that we have built up across Singapore-based research institutions with our past R&D investments”. In an effort to help SMEs, AISG recently launched an open-source robotic process automation (RPA) tool, TagUI, which is free of cost and can be used by anyone. Singapore’s Prime Minister Lee Hsien Loong had previously claimed that the private sector needed to do more in order to kick-start and propel the initiative of Smart Nation.

3.AI For Industry (AI4I): AI4I is a course focused on developing basic AI applications. The course will have content sponsored by Microsoft, Intel and Datacamp, and the curriculum will be a mix of online and offline learning. AI41 and AI4E are the latest in a slew of initiatives introduced by AISG, a programme under the National Research Foundation, to grow the AI talent pool here.

4.AI For Everyone (AI4E): AI4E is a workshop which aims to promote general awareness about AI to the masses. It is a programme conducted with Microsoft and Intel by AISG and IMDA. This program is to make the participants aware about AI and data science technologies and how they can apply them in their everyday lives. It is a free introductory three-hour workshop that will expose 10,000 people to AI and data science.

These two initiatives of AI4I and AI4E together will equip 12,000 Singaporeans over the next three years with various AI knowledge.

5.AI For Students: AI for Students was launched by AI Singapore as part of their efforts to enable the next generation of AI talents. This was announced in an MoU signed with DataCamp, which is providing access to their online data learning platform to all full time students who are currently enrolled in government or government-aided secondary schools and Post-Secondary Education Institutes (PSEI) of Singapore at no cost. The programme will facilitate and coordinate the access of the DataCamp platform under this initiative.

6.100 Experiments (100E) Programme: Started in 2017, this initiative also aims to increase the adoption of AI in the Industry, just like the AI4I programme, is AI Singapore’s flagship programme to solve industries’ AI problem statements and help them build their own AI team. The programme will assist the organisations with the following issues:

4.Infrastructure design and architecture (if required).

Singapore has its state-of-the-art infrastructure and business-friendly tax structure which makes suitable for entrepreneurs to set up base in the country. A JLL study showed that China’s cities were most connected to Singapore, followed by New York and Sydney. With initiatives in AI with an aim to foster AI, the city-state has cornered a sizable share in the global AI market.