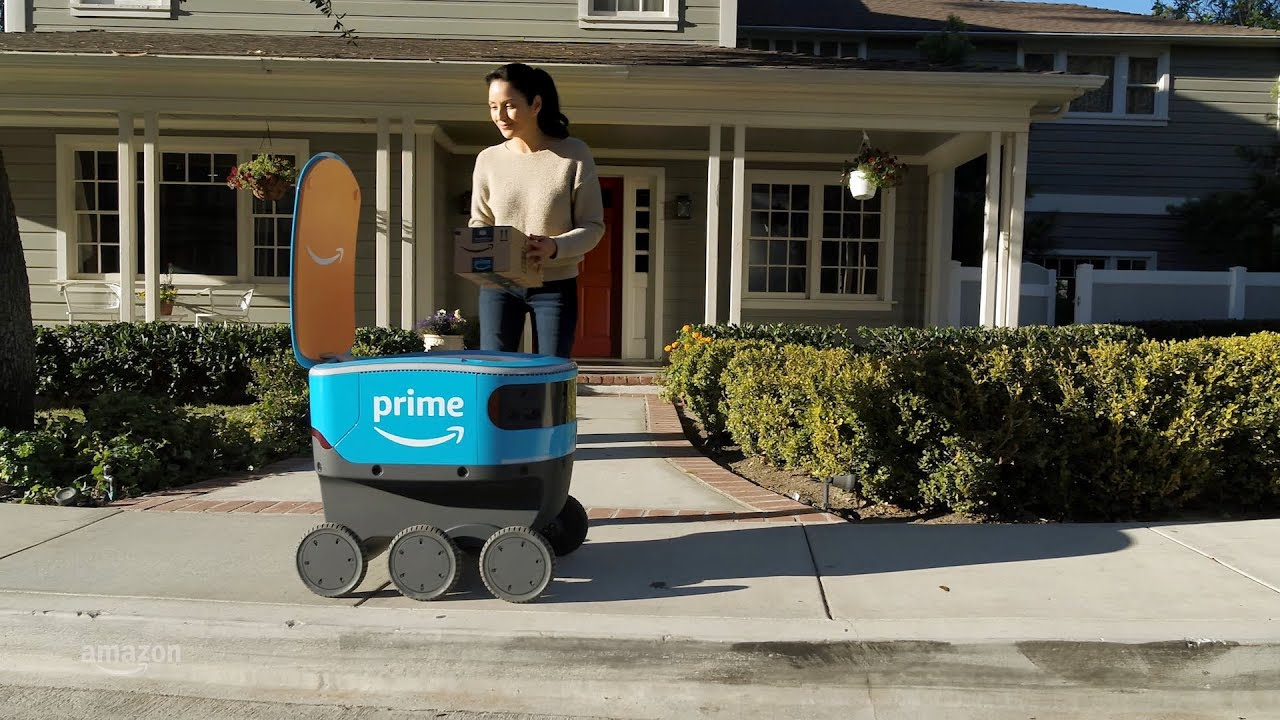 We have all heard about autonomous driving mostly in terms of driverless cars, taxis and buses. In 2019, the autonomous vehicles took a step further with another in the area of the delivery systems. Human beings have been hard at work towards fulfilling the promise of fully functional autonomous cars, and they are trying to operationalise the use of autonomous vehicles and drones for a variety of applications like Autonomous Delivery Vehicles for goods and groceries.

It is estimated that the autonomous urban aircraft industry will be worth $1.5 trillion.

While the idea like drone delivery was announced back in 2013 by Amazon CEO Jeff Bezos on 60 Minutes that the company was working on a driverless delivery tech, it is in 2019 that the world has seen an increase in the number of autonomous vehicle delivery services. The deliveries, for now, are carried out by either robots or cars. These autonomous delivery robots meet customers at the end of a sidewalk for the delivery. Now, new advancements have been made for the package to reach the customer’s front door.

One can consider Starship the best startup in this market. Starship is San Francisco Estonia- based startup and its robot have been tested in over 100 cities in 20 different countries and as of 2019, have marked over 1,00,000 deliveries.

Starship robots are six-wheeled autonomous delivery robots through which the deliveries are made. The customer has to direct their packages to a Starship storing facility, and once it there, a customer can schedule or summon their items. The delivery robot then meets the customer at the end of a sidewalk with a package inside its frame.

As if there was ever a doubt. Amazon joined the race on the ground for best autonomous delivery robots in January this year. Since January, Amazon has started testing its six-wheeled Amazon Scout robots in Snohomish County, Washington. To start Amazon has added a small number of Amazon Scout devices in the region which will deliver packages only on weekdays (weekend off, nice!) in the daylight.

FedEx is another prominent company which tested autonomous delivery vehicle called SameDay Bot called Roxo, which was designed with the help of Dean Kamen, inventor of Segway. In 2019, Roxo hit the streets of Memphis on a predetermined route. The bot delivers groceries from businesses like Walmart.

This robot might replace the delivery drivers for Postmates. Serve has humanoid eyes that change to help people understand what intends to do next while they with it on the sidewalks. Serve can carry 50lb., and can travel 30 miles on a single charge. Customers will receive their meals by using a touchscreen on it.

Nuro delivery vehicle is, well big, about half the size of a delivery van and this autonomous delivery vehicle doesn’t drive on sidewalks, it operates on the roads. It has heating and chilling compartments so that any good can be transported through it. Nuro is an American robotics company based in Mountain View, California.

Autonomous Delivery From the Sky

With the online buyers increasing and with more demand for quick deliveries, there is a need for more speed with more efficiency. And when it comes to the delivery system, speed is all that matters and with drones, the online shoppers’ will be pleased. In this section, let’s look at the top three companies flying towards fast delivery using drones.

UPS is the first company whose drone delivery program received Part 135 Standard certification with the important Part 107 waiver from the Federal Aviation Administration (FAA) (in the US) this year in October. Obtaining the certification and waiver means unlimited scaling and release of government control over the types of flights a company can operate with. These give UPS permission to carry cargo over 55 pounds and the ability to fly outside the line of sight, operate over populated areas and fly at night.

Recently UPS announced that, to date, 1500 commercial flights have already been conducted.

Alphabet Winf is right behind UPS with a single-pilot certification variant. Its technology has yet to be perfected to a standard. Once it is done, it intends to work with the FAA to get the highest level of certification. In the meantime, Wing has been testing their deliveries by drones in Australia since 2014 with 70,000 test flights and 3,000 successful deliveries.

Remember 60 minutes in 2013? Jeff Bezos announcing its plan to introduce a drone delivery system within four to five years? It’s been teasing its drone design unveiling one of its newest design at the re: Mars Conference in Las Vegas. Of all the three companies (UPS, Amazon, Alphabet) with execs on the FAA’s Drone Advisory Committee, Amazon is the only without any level of Part 135 certification. Its been six years and the company in July this year applied for the certification. But since its Amazon, you can’t say that they won’t be in the air delivering your goods someday.

There are no questions raised about the revolution these autonomous robots and drones delivery system is making. Although there are problems faced by them like, for the delivery robots on the ground there is the challenge of reduced capacity, damaged or stolen goods and with drones, well, crashing. While companies strive hard to make up for these challenges, let’s sit back and wait for the comforts that these artificial intelligence devices will bring.