Twitter Promises To Curb Fake News Before 2019 Lok Sabha Elections. But Can They Deliver? 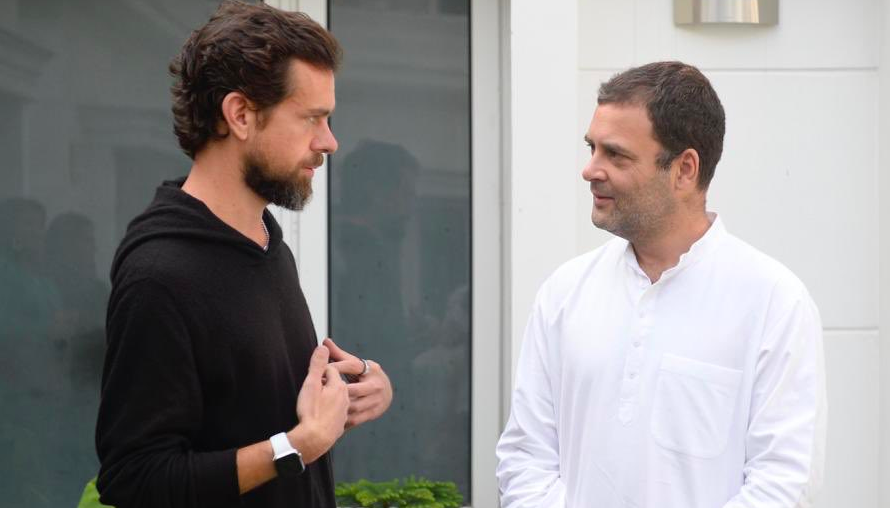 Jack Dorsey, the CEO of popular microblogging site Twitter visited India for the very first time this week and met the top leaders of the country. He also attended a fireside chat with the students of Indian Institute of Technology, Delhi and spoke about how social media shapes the social and political environment of the modern world. Throughout his travel in India, Dorsey made it a point to talk about Twitter’s efforts to curb fake news. He also added that it was an important goal for them to be achieved before the 2019 Lok Sabha elections.

A recent study by the prestigious journalism research firm, KnightFoundation claimed that despite various efforts, 80 percent of Twitter accounts which were responsible for the misinformation during 2016 US elections were still active till date. The study was done with Graphika, a social media intelligence firm studying around 10 million tweets from 700,000 accounts which were linked to fake news accounts. These twitter accounts produce around 1 million tweets per day and the number for India may also be comparable. Dorsey’s commitment to curbing fake news is, therefore, more than a necessity for Twitter as it stands a chance to lose its foothold in the world’s fastest growing economy.

A statement in the report states, “Twitter has claimed repeatedly that it has cracked down on automated accounts that spread fake news and engage in ‘spammy behaviour’. Yet of the 100 accounts that were most active in spreading the fake news in the months before the election — the large majority clearly engaged in “spammy behaviour” that violates Twitter’s rules — more than 90 were still active as of spring 2018.”

The Fake News Problem In India

In India, fake news and the spread of misinformation has become an acute problem with its roots woven deeply into social media — especially WhatsApp.

"One of the largest democracies of the world… the complexity, diversity, creativity and the raw humanity… Twitter is the perfect fit for India." – @jack pic.twitter.com/OUmfU8AkgL

Technology firms like WhatsApp and Twitter have been at the receiving end of the Government’s stern warnings regarding curbing of such misinformation and fake news. Just recently the Home Ministry released a statement and held a meeting with the top management of Twitter India to register some issues. The statement said, “It has been noticed that action taken by Twitter for removing/blocking objectionable/unlawful content has been slow in some cases and compliance for removal of unlawful content has been only about 60% even where orders have been issued by the competent authority after following due process of law.”

On his maiden tour to India, Dorsey has made huge promises to keep the fake news factories on Twitter in check. But the task is much harder with the scale and complexity of India demographically and politically. Twitter has invested heavily in AI and machine learning to spot fake news and posts and deactivate bot accounts that are constantly spreading misinformation.

Clearly, Twitter has been looking at people’s perception of the platform. Many people have started to think of Twitter as a toxic and harmful place where meaningful discussions and debate are hard to come by.

“Twitter is powerful today because it provides people access to the conversation… Every morning, I wake up and check the trending topics. Sometimes, it’s Twitter at its best with great conversations, sometimes, it’s really disappointing and toxic. We need to address these issues so that we can make the hashtags and the conversations on Twitter be of more value to people,” Dorsey said at the IIT Delhi event.

Twitter sees the curbing of fake news as a responsibility of the users and Twitter itself. Clearly, there is a thin line of banning and throwing out bad malicious content and infringing upon the freedom of speech of the users. Twitter recently has taken serious actions against trolls and bots where it removed 10 million tweets which seemed like hate speech or derogatory language. But Dorsey also knowns that it is a hard problem to solve and there is no clear solution in sight.

Twitter will look to use AI to understand and select the misinformation and make sure the misinformation does not spread. Twitter is also at the risk of losing out to Facebook in the war against fake news. One report suggested that Facebook was doing a far better job at handling fake news than Twitter. A group from Stanford University has analysed stories from 570 sites that were spreading misinformation and concluded stating, “Following the election, however, Facebook engagements fell sharply (declining by more than 50 percent), while shares on Twitter continued to increase.”