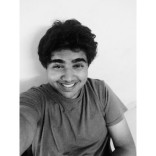 The Indian market has now become the hottest battleground for US-based companies thanks to its large talent pool and yet untapped market. However, the push for additional research and development facilities in the Indian subcontinent might indicate bigger plans for these leading tech behemoths, which are viewing India as a hub for AI talent and revenue growth.

India has long been viewed as a source of specialized tech talent. Protectionism measures and the subsequent growth of established R&D labs in the country shows that companies are now seeing India as a strategic market. After Silicon Valley, the next AI/ML labs in Asia are now being set up in India.

The year 2018 saw a spate of investments in Indian startups, the most notable being Walmart picking up a stake in Flipkart. Now, other US tech giants Uber and Netflix are doubling up their tech staff count in India to beef up operations. In this article, we take a deep dive into US tech majors’ India strategy and how the giants are looking to India to accelerate growth and innovation.

Three of the world’s biggest companies — Netflix, Uber, and Walmart have moved in this general direction, setting up specific plans for the country with forward-looking initiatives  — acquisitions, launching new products/services (eg: UberEats) and setting up tech labs.

Besides being a significant base for tech talent, India also serves as a launchpad for next product innovations, for example, the Uber Lite app built by the Indian team. Netflix entered the Indian market in January 2016 among competitors such as Amazon Prime Video and Hotstar, vying for a place in the hotly contested Video-on-Demand market. The expansion of the entertainment giant into India did not happen quietly, as they were already entering a market saturated with competitors which offered cheaper plans and, more importantly, cable television. With lofty plans, such as delivering its next 100 million subscribers into the Indian market, Netflix has been dedicating more of its tech resources towards catering to Indian audiences.

Experimenting with a mobile-only model

The company seems to be experimenting with other price models, owing to the state of Internet access in the subcontinent. Reportedly, a mobile-only plan is in the works for deployment in India, thus allowing the company to “broaden access” by providing a lower price tier. This is already being tested in Malaysia, where the price of mobile-only plan is around half of the lowest tier offered. Reportedly, this test is to gauge “consumer interest in some countries”.

Moreover, Hastings has revealed that certain features were added to the app after the Indian launch, such as the addition of the download feature. This is reportedly widely used by the Indian population due to them downloading series and shows on WiFi and utilizing it when on the go, stated the CEO.

The streaming giant has demonstrated that it has further plans of expansion into the Indian subcontinent, as they have doubled up their technology staff count. With plans in place to expand their manpower and reach in India, Netflix seems to be poised to take over the OTT entertainment market with Indian customers and workers fuelling the ride up. The company also appears to be using the Indian market as a litmus, a foothold, and a base of operations to enter the larger APAC market.

Uber already has a track record for attempting to solve mobility and transport problems in the Indian subcontinent, as it conducts a startup mentorship and investment programme known as UberEXCHANGE. So far, the ride-hailing company has mentored over 150 startups, with this step being the initial salvo in building a base of R&D ‘muscle’ i n India. The company has 10 R&D centers across the world, and out of the 10,  2 R&D labs are based out of Hyderabad and Bangalore.

Apurva Dalal, the head of engineering for Uber India, revealed that Uber is doubling the engineering strength in both these centers in 2019, with the expansion being “in the thousands”. What is most surprising about Uber’s expansion is that the company has been successful in persuading Indians in the US to come back and work in the country. This is due to their drive to find the “best talent” to solve mobility and transportation problems in the subcontinent, thus making it a “laboratory of the world”

The efforts of the labs have paid off with the launch of an app called Uber Lite, an app 85% lighter than the regular Uber app, in July of 2018. This app aims to expand the reach of Uber into emerging markets, where connectivity issues and low-end smartphones reign supreme. After being rolled out in India initially, the company is now expanding the formula for launch in 14 more countries in markets such as Latin America, Egypt, West Asia, and Africa. The company is also testing a “call to ride” service, for use by senior citizens in India. The service is meant for those who do not want to utilize mobile applications, and only want to pay by cash.

The reach of Uber into India’s higher administrative circles is also evident, as seen by Dara Khosrowshahi, the CEO of Uber, meeting Jayant Sinha India’s Minister of State for Civil Aviation. Reportedly, this meeting was to speak about the implementation of a flying car collaboration, which the CEO says could materialize in as little time as 5 years. The company’s expansion into the Indian market seems to have paid off, as they observed a 20x surge in revenue over the last financial year. This is seen by the revenue increasing from 1.04 crore in FY2017 to 21.5 crore in FY2018, with profits rising from 3.22 lakh to 19.6 lakhs in the same timeframe. almart’s Indian entry can be well-documented as a rollercoaster ride, from the launch and eventual growth of its wholesale stores in 2007 to allegations of US anti-bribery laws being violated in 2012. Even as the retail giant owns and operates 23 Best Price Modern Wholesale stores in 9 states across India, it has indicated that it might be moving in a different direction, owing to its acquisition of Flipkart, India’s biggest e-tailer.

This was due to the Prime Minister of India, Narendra Modi, meeting Doug McMillon, the CEO of Walmart, and asking him to invest in the subcontinent’s farm sector.

In order to combat Amazon on Indian turf, Walmart saw that Flipkart was the most lucrative investment opportunity in India. The investment gave them an edge to fight Amazon on their own grounds, bringing up the argument that Walmart needed Flipkart more than they needed the retail giant.

With the acquisition of Flipkart and its manpower, Walmart can provide the e-tailer with access to sellers and manufacturers and know-how on retail matters such as supply chains. However, Walmart has access to the Flipkart name, which holds extended brand value in the subcontinent, along with a fully fleshed out online retail service.

Penner stated that he viewed Walmart as being a part of the Indian growth story, with the Flipkart acquisition being primary in achieving that. With $16 billion initial investment to Flipkart, Walmart allowed the e-tailer to fight back against global giants such as Amazon and Alibaba. In the same year, Walmart Labs also acquired two startups, Appsfly, a service facilitating business connections, and Int.AI, who are looking to create AI-powered personal data analyst that can give insights into moves that will impact business metrics.

The giant also looks at India as a “future growth engine” for the Asia-Pacific market. In accordance with this plan, Walmart Labs the tech arm of Walmart has developed in-store and online shopping a “more seamless experience” for millions of shoppers. This shows that they have recognized the specialized human resources in India, and plan to expand by over 60 new employees in the coming year.