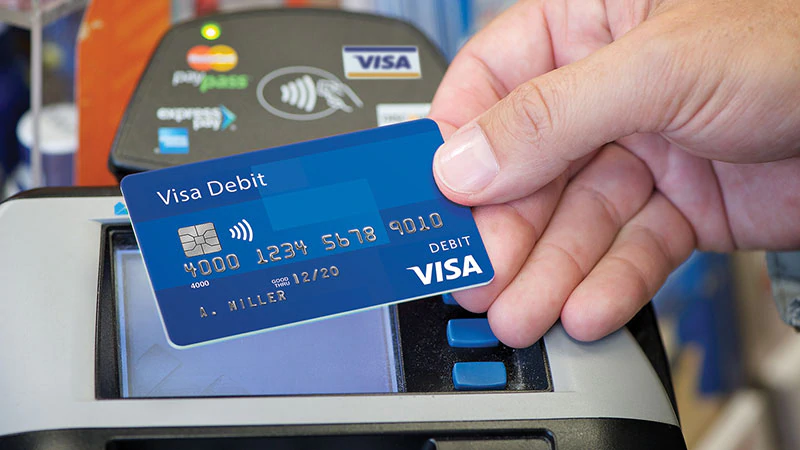 In what could be the one of the biggest news for the fintech industry, VISA spent a whopping $5.3 billion to acquire Plaid, an API-first service that enables smooth cashless transactions.

In 2016, its $44 million Goldman-led Series B valued the company at $250 million. Today, with sales quadrupled and the founders Perret and Hockey employ 130 people out of a spacious two-story office in the South of Market area of San Francisco.

In September 2018, Plaid announced that it has secured “strategic investments” from both Visa and its rival Mastercard. This put the fintech startup at a market value of $2.65 billion; half of what Visa has bought them for.

“We were very impressed by the Visa team from the minute they approached us. They share our vision for the future of financial services and have a deep respect for the developer community we support.”

Visa and Mastercard, who have been the go-to platforms for transactions have been forced to adapt to the rapid digitisation that occurred over the past decade. Fintech companies like Stripe, Twilio and Plaid have established a certain kind of trust with the customers by making it easy to perform transactions with negligible waiting times.

If you can’t beat them, join them

Fintech firms such as Venmo, Robinhood and Bettermen already use Plaid’s APIs to connect with customers’ bank accounts. Plaid’s customer base has increased to 20 million and no wonder Visa handed them this lucrative deal.

What Does It Mean For VISA

A study by Visa in Australia showed that 41% of retailers witnessed an increase in sales by introducing the contactless payment method. Customer stickiness too improved.

With a slew of transit projects including metros coming up across the globe, countries like India too, with a very large customer base have started using contactless for a seamless payment experience while on the go.

In early 2018, Visa announced that it has hit 20 million contactless cards in India alone.

TR Ramachandran, Group Country Manager for Visa in India & South Asia, said, “Thanks to the government’s push towards enabling contactless payments, we expect this number to significantly increase in the months to come.”

Visa also announced that they will be issuing 1.5 billion contactless payment cards by the end of 2018 and will account for 50% of all payment cards shipped.

Visa was on an acquisition spree even before it bagged Plaid. Last year Visa announced it has completed the acquisition of Verifi to bring on board the benefits of cutting downtime by deploying intelligent, data-driven tools that foster collaboration, build trust, and improve the overall customer experience.

So, Visa has been, like any other smart organisation, eyeing on having a hold on the future as well. Their acquisition of Plaid for a huge sum, almost double the market value hints at how determined they are to keep in touch with the changing times.

Banking was built for a world that did not envision the internet. Even today, the backend for most consumer financial products is still paper, phone calls, and faxes. We are in the early stages of a digital revolution in financial services, which has thus far been led by many fintech startups and a handful of forward-leaning banks.

What is happening today is reminiscent of the digitisation that occurred in commerce over the past two decades. What began with improvements at the network level—led by Mastercard and Visa—precipitated the rise of e-commerce and digital commerce. Today, more than half of all payments are made online, and the trend continues to accelerate.

For organisations that deal with financial transactions, the customer stickiness is a big challenge, which is directly related to quick transaction time and ease of use of contactless payments.

Companies like Stripe, have developed in house tools like Radar for detecting and preventing fraud. Radar’s core is powered by adaptive machine learning. The algorithms evaluate every transaction for fraud risk and take action appropriately.

According to PricewaterhouseCoopers, over $150 billion will be invested in FinTech companies over the next 3 to 5 years. fintech has its reach in domains like insurance, lending, regulations, trading, e-banking and other payment services, and thus has a wide scope.

Today companies like JP Morgan, urge their employees to get a good grasp of tools like Python to be ready to handle the transformation. There is no doubt that the advent of the internet and smartphones have changed the way we do business. And, as other phenomena like cryptocurrencies looming large around the corner, traditional banking service providers are hastening up with acquisitions and upskilling.

What Is More Beneficial To Get Data Science Jobs — Certificates Or Projects?