We At NASSCOM Are Building An Innovation Ecosystem For AI & IoT Startups In India: Sanjeev Malhotra ﻿ 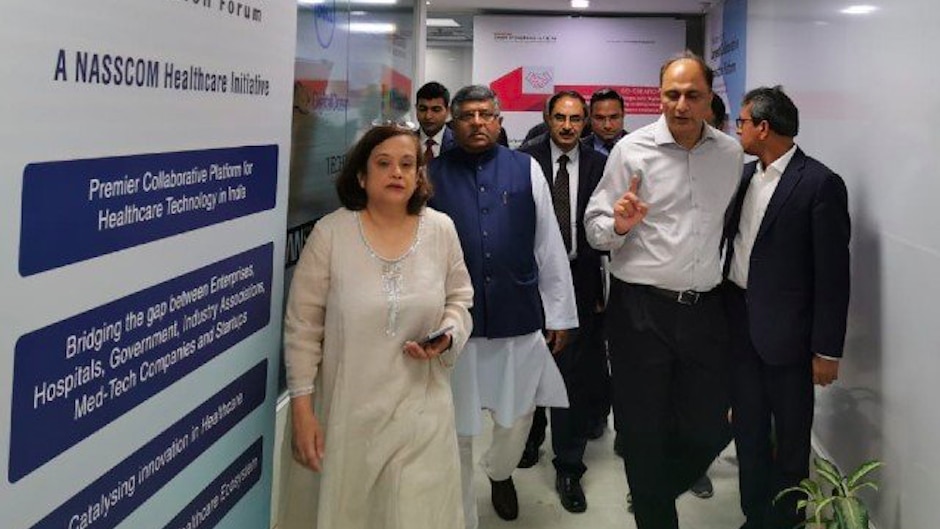 According to Sanjeev Malhotra, CEO of NASSCOM- CoE For IoT & AI, he is currently building an innovation ecosystem for IoT & AI startups in India, working with large enterprises, SMEs, government and VCs.

According to Sanjeev Malhotra, he is currently building an innovation ecosystem and driving co-innovation with larger enterprises, SMEs and startups for the largest technology industry body in India. Working closely with the Indian government, Nasscom’s CoE- IoT & AI focuses on emerging technologies like artificial intelligence, IoT, robotics etc. and their application in auto, manufacturing, healthcare, agriculture, retail, fintech, etc.

Here are the edited excerpts from the interaction –

AIM: What is your role here at NASSCOM in terms of fostering technologies like IoT and AI?

Sanjeev Malhotra: Emerging technologies are growing and developing at an incredible pace, and there are so many things that are important to harness completely. No one company can do it. Large companies can only make building blocks like software or chips, but applications will be developed by small companies. This is where the role of startups in India is very important.

Also, how we actually develop applications and how do we actually monetise them, that’s very important. And that is my job where we bring all these elements or stakeholders in this ecosystem. We are helping speed up the startups which are actually doing a lot of innovation and also working with the government of India.

AIM: Can you tell more about the technology ecosystem that you are trying to advance?

Sanjeev Malhotra: We have an ecosystem around innovation, where we are helping young Indian innovators with different things they need, whether it is the hardware components or the software solutions. Besides, startups in India need funding connects and this is also where we help them. So that is one part of it where we help the innovators. The second part is helping with the adoption of these products. These are the user communities and various stakeholders who are sitting in different parts of the country. So, we work with those people also to see how we bring them on board.

AIM: Apart from the Centre of Excellence for IoT & AI, NASSCOM also has a Centre Of Excellence For Data Science in Bengaluru. Is there an overlap between the functions of the two?

Sanjeev Malhotra: As long as there is data and AI, yes, there is an overlap. I mean there is no IoT without AI, and I think the technologies are pretty much interchangeable. We can have AI and analytics from data generated by connected devices because IoT generates a lot of data. Both centres of excellence work under similar functions as part of NASSCOM.

AIM: Does the CoE also invest in startups or own any equity as part of incubating IoT and AI startups in India?

Sanjeev Malhotra: No, NASSCOM does not invest in startups. Let’s say if you invest two million dollars, you will want five million dollars coming out of it. Any investor will want it, and then the goal is to just take care of only those startups you have invested in. We, on the other hand, are taking a different approach and for us every startup is equal. So we don’t take any equity from any startup. We do not differ with them, and that also gives us the freedom to focus more on what the country needs. As far as funding goes, we certainly look after the needs of funding and bring the right venture capital organisations.

“NASSCOM does not invest in startups. Instead, we are taking a different approach and for us every startup is equal. So we don’t take any equity from any startup. We do not differ with them, and that also gives us the freedom to focus more on what the country needs.” – Sanjeev Malhotra, CEO of CoE- IoT & AI, NASSCOM

AIM: How do you see the development of IoT standards going forward?

Sanjeev Malhotra: I think IoT requires rigorous standardisation due to cybersecurity and innovation related concerns. While it looks very nice to say that two billion devices will talk to each other, how will they control and what about security and standardisation? If you’re importing devices from outside, should we follow the standard, which is developed in the west or do we develop our own standard?

India is now caught up with the rest of the world, and now we are looking at the process of standards. We don’t have a history of making standards. We were never invited to the table when other standards were being built like Wi-Fi. But now when we are developing applications that are coming out from emerging technologies, we may also have an Indian version of specific technology standards, including IoT as well.

AIM: Do you think that the dependence on China for electronic and IoT chips will continue?

Sanjeev Malhotra: China has mastered chip manufacturing at low prices, which nobody else in the world can match. While hardware is a very critical component of IoT, the dependence on China for hardware is not just restricted to India but the entire world. India’s strength, on the other hand, lies strongly on the software side of things and we should continue to do that, and try to capture the software market similar to how China has captured the hardware and chip market.

Also Read: What Happened At A NASSCOM Event For Deep Tech Startup Ecosystem in India?