We specialise in the development of Proprietary Tube Structures, On-Track Propulsion and Levitation Mechanisms and Vehicle Engineering. 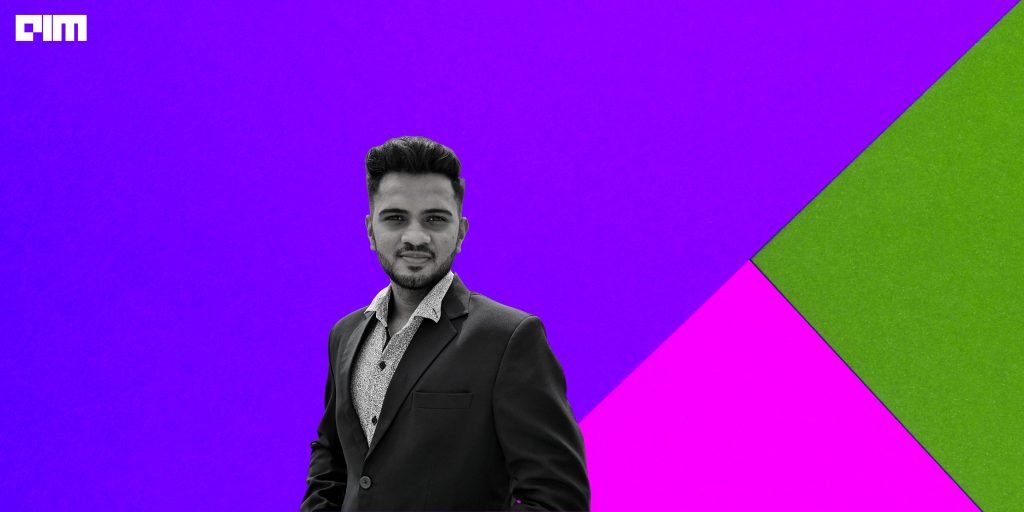 Ideated in 2018 by a group of engineering students, Vegapod Hyperloop (later, Quintrans Hyperloop) made it to the top 3 Asian teams in SpaceX Hyperloop Pod Competition in 2019 and is the only Asian team to present a full-scale hyperloop design at the European Hyperloop Week 2021. Analytics India Magazine got in touch with Quintrans Hyperloop’s co-founder and CEO, Pranay Luniya, to understand the technology and the company’s vision.

I have been involved in multiple strategic design and development projects and held varied positions of responsibility. In the Sophomore year of my undergraduate studies, I co-founded an Engineering Student team (Vegapod Hyperloop), with students from multiple disciplines to design, develop and manufacture a sub-scale prototype of a Hyperloop Vehicle. The team developed the fastest pod for the year 2021 in a confined guideway structure built in our University premises. The team is currently amongst the only two functioning teams across India, working on scalable Hyperloop research. Won accolades at International Student Competitions and Hyperloop Symposiums. Played a pivotal role in initiating industry and research collaborations to propagate the concept of Hyperloop in India. Apart from this, I also worked as a project Intern at R&DE, DRDO, Pune in the New Product Development and Composites Division

AIM: How do you plan to change the face of mobility in India?

Since the Wright Brothers first flew their aircraft, India and the whole world has been relying on the same four modes of transportation (Roadways, Railways, Airways and Waterways). We haven’t seen any kind of HSR development until recently, and it becomes absolutely necessary to implement a new means of transit to support the ever-increasing passenger and cargo volumes in India. We at Quintrans are aiming to develop a nationwide Hyperloop network to connect the major cities of India, bringing people and places within minutes of each other. A network of such kind will become the backbone of India’s logistics and mobility market ensuring the seamless movement of goods, services and capital.

AIM: Tell us about your upcoming projects in India.

At Quintrans, we are planning to develop a pilot project that’ll be the first full-scale Hyperloop Unit in India/Asia. This unit, when developed, will act as a demonstrator unit to showcase the technologies involved and their scalability for commercial implementation.

As a Hyperloop Venture, Quintrans addresses the Infrastructure solutions required for building Hyperloop as a whole. We specialise in the development of Proprietary Tube Structures, On-Track Propulsion and Levitation Mechanisms and Vehicle Engineering. Our research focuses on deploying cost-effective designs and showcasing indigenous proofs-of-concept to reduce enormous fixed costs associated with Hyperloop implementation.

Today most of the global competitors for Hyperloop technology are concentrated in the regions of the USA and Europe. India is recently transitioning from railway to HSR (High-Speed Railways) after its implementation around the world in Europe and Japan. However, now that Europe, the US and the entire world is still developing Hyperloop, India has a chance to pioneer this new mode of transport and skip the hassles of the transition period. With around 63% and 27% of the transport industry in India being catered by roadways and railways, it presents a huge challenge in terms of emission regulation, transportation delays and congestion. Hyperloop can remove these bottlenecks existing today by providing services to assist in the multi-modal integration with other modes of transport instead of disrupting the current infrastructure.

AIM: How supportive is the government in encouraging Hyperloop technology?

The NITI Aayog had recently set up a committee to understand the feasibility of the project and arrived at a conclusion that the country needs to have a demo unit before this can be actually implemented at larger scales. Apart from this, several state governments are also keen on getting a commercial project demonstrator in their respective territories. It’s quite evident that the government seeks to be involved in the early stages of the technology to shape it according to Indian requirements.

We have conceptualised the first version of our pod, dubbed “Quinpod”. This is a vehicle that goes into the tubes and essentially helps in the mass transportation of people and freight at speeds up to 1000 km/hr. For the passengers, the pod will be similar to that of an interior of an aircraft but better suited to accommodate needs for comfortability and safety. It’ll be able to seat anywhere around 30-50 passengers and will depart every few minutes from the Hubs/QuinPorts.

AIM: How do you address the safety issues around the pod?

Safety is one of the premier aspects of Hyperloop, especially in the case of passenger transport. The pod/vehicle would be responsible for shielding the passengers against the vacuum pressure inside the tube along with ensuring resistance to the high magnitude of dynamic forces acting on it. The pod will be equipped with an onboard Oxygen container module to maintain a hospitable environment inside. Apart from this, any emergency failure causing the stoppage of operations, emergency exits placed on the tube will be used to evacuate passengers from any further risks. Safety regulations would be established to maintain the uniformity of operations and avoid mishaps.

AIM: How soon can we see Hyperloop in India?

The vision of the company is to develop the technology and regulatory framework to benchmark its operations. This would involve numerous milestones to be achieved before we can implement the actual operating line between the two cities. Assuming these milestones are achieved in the given time, and hopefully, something of a mass-scale pandemic doesn’t halt the world again, we could be riding in a Hyperloop by the end of this decade.