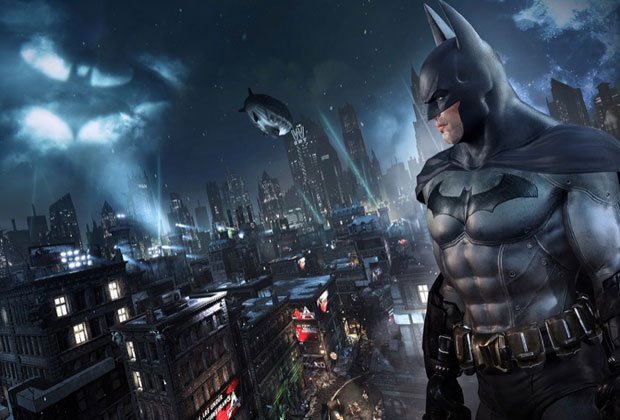 Over the years, gaming has grown into one of the most profitable and entertaining industries in the world. Billions of people are spending billions of cash in gaming, and with this, the industry is just growing bigger and better. In its several decades of history, the gaming industry has witnessed several generations of gaming and every time the experience is completely different. The last few years have been very crucial for the industry as it witnesses many turning points — not only the game companies but also the gamers.

Talking about the advancements in gaming, AI has played a major role. Today AI is becoming the heart and soul of a game, making it more fun and realistic. However, it is not always a success for this sought after technology; even AI has failed at times and the glitches in games show it. Here Are Some Of The Ridiculous AI-Based Video Game Glitches

EA Sports’ FIFA has always stood the test of time, and time and again it has also proved that it is here in the industry to stay, not to fade. In terms of fan base, the game has some of the most loyal fans, which makes the game even amazing. However, this doesn’t change the fact the game also witnesses some of the most embarrassing glitches and the list seems never-ending.

If you go to forums like Reddit or even FIFA’s forum, one of the most talked topics is the game’s FUT mode glitch that the AI is causing. Sometimes, instead of controlling the computer side players, the AI controls the actual playing side.

Corner from outside the pitch

There are instances when a second player is called in for a short corner, the glitch in the game gets activated. So, what happens here is the corner taker kicks the ball out of the pitch and the other player then makes the ball swing back to the pitch.

Czech professional footballer who plays as a goalkeeper for Premier League club Arsenal, Petr Cech wears a helmet on the pitch. However, he doesn’t wear it off the pitch. FIFA and its AI have kind of failed in making his look more realistic as the game has shown Petr Cech wearing a helmet off the ground.

Petr Cech wears his helmet to contract negations in FIFA 19.

He clears up the glitch: pic.twitter.com/wQCQnQyH0N

There is no denying that DC’s caped crusader, Batman is one of the most popular characters. It’s not only the movies but also the games have become a major hit among gamers. But just like every other popular game,  even Arkham Games’ Batman has also become a victim of AI glitches.

The most common instances of this glitches always with the AI-based opponents or the Arkham Knight soldiers running around like crazy. The opponents are either stuck at one place or they don’t get hit even after throwing punches and kicks.

Don’t know whether to call it a glitch or it’s how it was created but the AI enemies of the game act stupid. Released in October 2011, the game was one of the most popular at that time. However, this game by EA Dice had also some of the worst AI glitches. Forums were filled with reports of glitches and one of the worst glitches was the AI enemy behaviour.

The AI enemies are way friendlier and not heavily trained in terms of combat. The bots were scripted in such a way the ignore its enemies if it walks out of combat zone. Also, there are instances when the bots completely ignore its opponent.  This might sound little silly to many, but a gamer would definitely understand that playing with way more friendly AI bots is never fun.

Created by Ubisoft Montreal, Watch Dogs is one of the popular action-adventure games. From the very beginning, the game has gained pretty good traction. However, with this popularity, the game also witnessed some of the weird glitches.

One of the worst glitches was the infinity-loop car driving. There were instances when a car used to come suddenly out of nowhere and goes into an infinite circling loop. Talking about weird glitches, another glitch was the high jumping enemies. The AI-based enemies jump so high that makes the player go confused. These jumping enemies were also sheer pain for the gamers.

AI-based enemies always tend to act weird in video games and just like every other video game glitch, even Watch Dogs AIs were crazy. The enemies would just run around crazy and hit every random thing that comes on the way.

It is not surprising anymore when one witnesses a glitch in a video game (even in games with high-end graphics). However, the thing that may just make you scratch your head is the thought as to how these glitches are showing up, despite the companies’ efforts. For a gamer who only spends time playing video games at home, glitches might not be a huge concern, however, things are completely different when the same buggy game is being played at a tournament or league.

5 Video Games That Got Banned And Why

How Ubisoft Is Mainstreaming Machine Learning Into Game Development