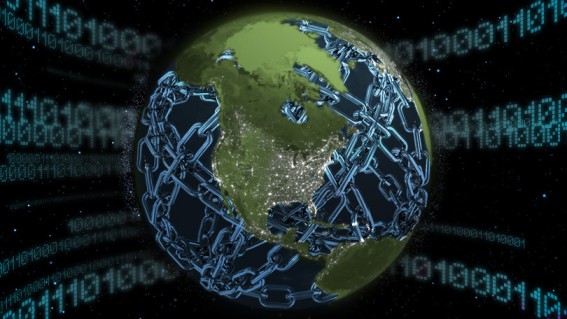 Blockchain is one of the most promising technologies that assures to revolutionise areas such as finance and logistics. As a matter of fact, the year 2020 has witnessed several blockchain developments — in this article, we would track some of these major developments, arranged in no particular order.

This year, Tamil Nadu became the first Indian state to introduce its own ethical artificial intelligence, cybersecurity, and blockchain policies. This announcement was made by state chief minister Edapaddi K Palaniswami during the Valedictory session of Connect 2020.

Named as the Tamil Nadu Blockchain Policy of 2020, its goals would be to project Tamil Nadu as a global blockchain leader — using blockchain policies in government services and processes to bring accountability; generating awareness on blockchain among state government employees; creating a thriving ecosystem for blockchain by involving both entrepreneurs and communities.

To facilitate this, the Tamil Nadu Government will be adopting the following strategies:

The policy thinks tank of the Government of India — Niti Aayog has introduced a policy paper on Blockchain strategy called ‘Blockchain: The India Strategy — Towards Enabling Ease of Business, Ease of Living and Ease of Governance’.

This 59-page policy details the crucial areas where blockchain technology can significantly benefit the country. It is the first of two papers to be published by NITI Aayog in this regard. It covers the discussion around distributed technology, a potential framework, implementation challenges, use cases, and recommendations for India’s blockchain strategy.

The paper also spoke of upskilling and training in blockchain technology. Based on the worldwide evaluation, the total number of blockchain developers is up to 10,000 against 10 million Java developers, which NITI Aayog recognised both as a challenge and an opportunity. Having noted this, NITI Aayog said that the existing programming community could be upskilled to blockchain programming.

After a strenuous six-month testing and trial period, China rolled out the much anticipated Blockchain Service Network (BSN) for businesses. With this, organisations and programmers will be able to build blockchain-based applications seamlessly.

BSN is a unified platform for blockchain programmers to connect and code using private blockchain protocols and public chains. The main objective of BSN is to reduce operational costs, improve adaptability, and provide better administrative oversight. BSN will also enable medium-sized businesses to build decentralised apps (dApps) for various application areas not just for China but all around the world.

Along with the Chinese government, BSN finds solid backing from giant state-owned enterprises such as China UnionPay, China Mobile, and China Merchants Bank. Notably, in July, BSN was officially split into two entities: BSN International and BSN China. This was done to ensure greater control of BSN users on the mainland. Further, it was recently announced that China BSN would launch 24 public-permissioned blockchains which will be constructed in accordance with the mainland’s regulatory requirements.

With Efforce, Wozniak aims to use cryptocurrency and blockchain to facilitate cheaper and more comfortable ways for companies to fund ‘green’ projects. This is also touted to be the first-ever blockchain-based energy-saving platform, about which Wozniak first hinted at the Delta Summit 2019.

Efforce has created a decentralised platform which allows anyone to participate and monetise their transferable energy saving.

Efforce was launched after the list of a digital token called WOZX, named after Wozniak himself. It has already received an initial valuation of $80 million by investors in private sales.

US Lists Blockchain As Critical Tool Against COVID-19

The US Homeland Security Department listed blockchain among the list of critical services in the fight against COVID-19. Blockchain was added to the list while responding to the guidelines issued by former President Donald Trump.

With this announcement, blockchain managers joined others engaged in the critical infrastructure industries such as pharmaceuticals and food supply chain industries.

T-Block Accelerator is the first of its kind blockchain accelerator organised by the Telangana government jointly with Tech Mahindra, which is run by an innovation management company IBC Media. It is aimed at accelerating the growth of startups through next-generation blockchain technology protocols, which will help in building scalable and decentralised solutions to everyday problems.