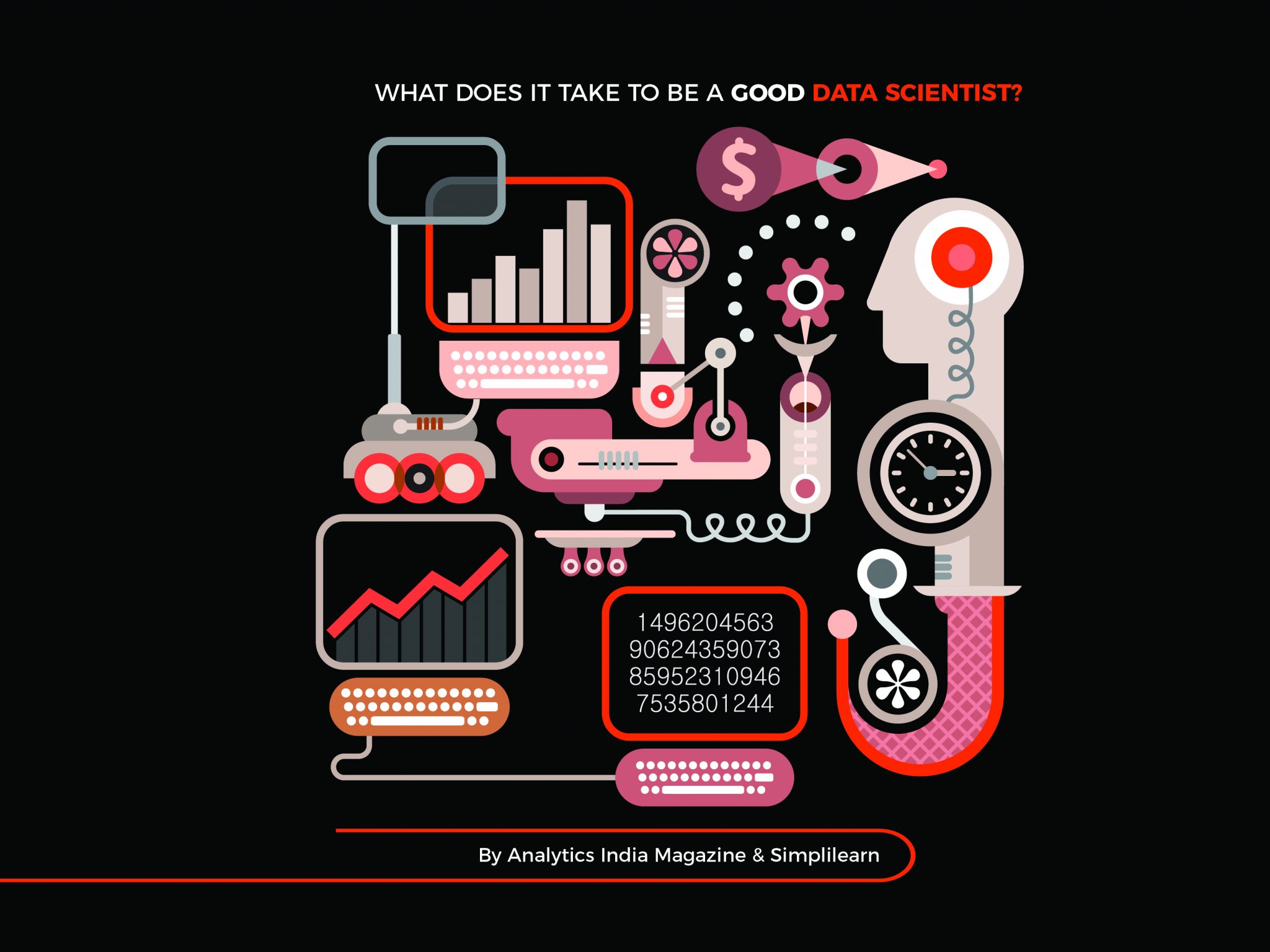 Over the years, the term ‘data scientist’ has evolved greatly. From describing a person who handles data, to a professional who leverages machine learning — this definition has seen a great deal of change. Now, circa 2019, there are numerous blogs, Reddit pages and Quora threads dedicated to the discussion about “how to become a good data scientist”.

The spectrum of data scientist roles and the myriad of duties he/she has to perform is so broad, that it is very difficult to capture it under one single definition.

Now, the data science sector is flourishing to such an extent that our earlier jobs study revealed that there are currently more than 97,000 job openings for analytics and data science in India right now.

It is true that the “hottest job of the 21st century” has all the buzz, glam and traffic, but many enthusiasts are still confused as to what this job entitles. Fewer still, understand, what it takes to be a data scientist. Is it about the skill set? Is it about the education? Is it about the company you work for? Or is it all of the above?

This study was conducted in association with Simplilearn. The data for this study was collected by asking respondents to fill in a survey created by Analytics India Magazine about the popular beliefs around what it takes to be a good data scientist. This included various sub-topics such as upskilling, employment, skill set, and industry trends, among others. We took opinions from all those who practice data science — from professionals with less than two years of experience to CXOs — to get a thorough idea of the working environment in this growing field.

Our survey was met with much enthusiasm — and we got some great insights from it. Some of them were expected, and many of them were real eye-openers.

In an interaction with Analytics India Magazine, Dr Krishnan Ramaswami, Head of Data Science at Tesco, listed out the ideal skills required in a successful data scientist.

Dr Ramaswami also emphasised on hands-on experiences. He said, “Participation in any machine learning competitions would be an added advantage as they serve as additional validation of their skills. Experience of developing any real-life problems either during their course work or exposures through projects is also beneficial.”

In this study, Analytics India Magazine, in association with Simplilearn, is taking a deeper look at what steps data science professionals take to kick-start and further themselves in their careers.

What Kind Of Work Does A Data Scientist Want To Work On?

This question is of key importance to almost all data scientists because as this is a nascent field, there are still some grey areas about the definitions. That is why the first question we asked during our exhaustive survey was about the kind of work the data scientists preferred to do.

How Will You Reach Your Goal Of Getting A Job In Data Science?

As mentioned earlier, the demand for data science across the industries is real. Over the past few years, the domain has been experiencing a rapid rise in jobs across the world and India is one such country that is experiencing a data explosion. However, there is also a disparity between the number of jobs available and the number of applicants.

Data science aspirants say that getting a job is difficult, and noted enterprises complain that the biggest problem they face is of talent crunch — especially in data science. But why is that?

That’s why, when we asked about what was the best way to get ahead in their career, we got very interesting responses.

Most companies and business leaders are posed with the question of how to build capabilities in an organisation so that they can ride the wave of digital transformation. Companies are desperately looking for people with skillsets that meets the need of the growing technological demands.

When we asked our respondents what was their preferred choice of upskilling, the results were interesting.

In this competitive day and age, enterprises are focussing on not just looking for candidates trained in a single skill but an individual who knows a cluster of skills which will be relevant for more number of years. Some of the skills that are currently picking up are:

Our respondents had numerous options when it came to self-study.

Building social capital by engaging in social groups is a crucial aspect of strategising career success. Networking helps in accomplishing contacts that can be helpful in getting recommendations, and in turn, better job opportunities.

Data scientists’ career also hinges on making meaningful contacts and creating lasting bonds with interesting and influential people. There are many avenues for the same, but our respondents had interesting insights regarding this:

For a data scientist, showcasing his/her abilities in coding and other software capabilities is crucial. An important part of data science is to stay relevant in the industry by showcasing your interest, expertise and unique opinion in all as many relevant subjects as possible. Our participants had interesting insights regarding this.

How To Apply For Data Science Jobs

As tools and techniques in data science are evolving, jobs in this sector are maturing and gaining more and more prominence. The number of openings that companies have for data science roles is also on an all-time high.

That is why, it makes a huge difference as to what company you’re applying to, and what avenue you’re using to approach it.

How Should An Organisation Build An Effective DataOps Team

Why Data Science Skills Are The Best Bet For Youth?

Why Data Science Might Not Be The Right Career For You?