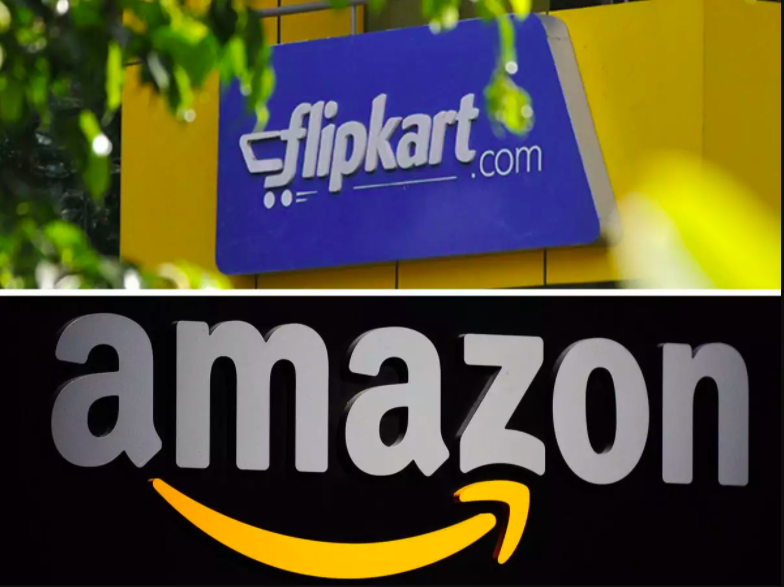 A document published by the Competition Commission of India stated its ongoing investigation on the allegations made by a New Delhi trade group — Delhi Vyapar Mahasangh, on Amazon and Walmart-owned Flipkart of giving preferential treatment to a few sellers on their online marketplaces.

As per CCI report, its informant members comprise many micro, small and medium enterprises traders who rely on the trade of smartphones and related accessories. And, many of such traders list their smartphones for sale on online marketplaces, regularly, to take the benefit of online distribution channels.

What Are The Alleged Antitrust Issues?

As per the document, there are several reported instances of vertical agreements between the platforms and the preferred sellers. And this has led to a disadvantageous situation for other non-preferred traders or sellers, who alleged that the majority of preferred sellers are influenced by Flipkart or Amazon, either directly or indirectly, which is a violation of the India’s Antitrust Act.

Further, these platforms are also alleged of influencing the prices by providing several discounts as well as inventory (in the form of private labels for the B2B sector) to the sellers. The platforms also collect data on consumer preferences and allegedly use them to their advantage.

The trade group also alleges that Amazon and Flipkart can cross-subsidise because of the huge amount of funding that was received from their investors, which has resulted in incentives that allow pricing below cost on their platforms, through their preferred sellers. This, according to the complaint, resulted in the creation of high entry barriers and high capital costs for any new entrant in the market. Resultantly, it gets difficult for the existing sellers to launch their own portals or marketplaces to compete with the giants.

Additionally, it has been alleged that Flipkart gives deep discounts to a few particular preferred vendors, such as Omnitech Retail, which, in turn, negatively impacts non-preferred sellers.

According to the complaint, Amazon also has preferred sellers on its platform including Cloudtail, which is a joint company between Amazon and Catamaran Ventures), and Appario Retail, which is a completely owned subsidiary of a joint venture that involves Amazon and another firm.

Besides receiving deep discounts, it is alleged that sellers on Flipkart also receive a preferential listing on the platform, pushing the results of the non-preferred sellers further down in the search results without any reason. For example, the products sold by Cloudtail India and Appario Retail allegedly dominate the first few pages of search results whereas the products with the same ratings sold by non-preferred sellers are listed on later pages. The dual role of the platform gives rise to the concern of ranking biases that may be created by the platform as a discriminatory device.

CCI also reported that due to huge market base and market power, the web marketplaces have vast repositories of data which allow them to have targeted advertisements based on consumer preferences. This, in turn, marginalises other competitors who are unable to capture the market due to lack of access to user data analytics. This has resulted in the creation of high entry barriers on account of network effects.

Further, it is an accepted position that strong network effects in generating a source of market power for such platforms. Large numbers of users make an e-commerce platform more valuable, which further attracts more users, platforms benefit from a ‘positive feedback loop’, which gives rise to market power. On the sellers’ side, this may allow it to use such data to introduce its private label or boost its sale or that of its ‘preferred sellers’.

Comparison With US Antitrust Investigation

If you compare the antitrust investigations in the US against Facebook and Google vs the India’s antitrust probe, we can see that the regulators are waking up to the potential misuse of these platforms by the tech companies, for enterprise advantage over small organisations. The investigation went into action after regulators in the US received complaints of tech companies’ monopolistic actions and misuse of the platform to gather data of users for targeted advertising and manipulating search results to prioritise its subsidiaries and paid customers. In India, the issue is not on the mining of user data on platforms but more related to how smaller traders are getting impacted by giant retail platforms.

Want To Collaborate With Amazon Science Community? Here’s How

Why Amazon has to change its Model Performance Evaluation Metric