What Is Internet Of Skills 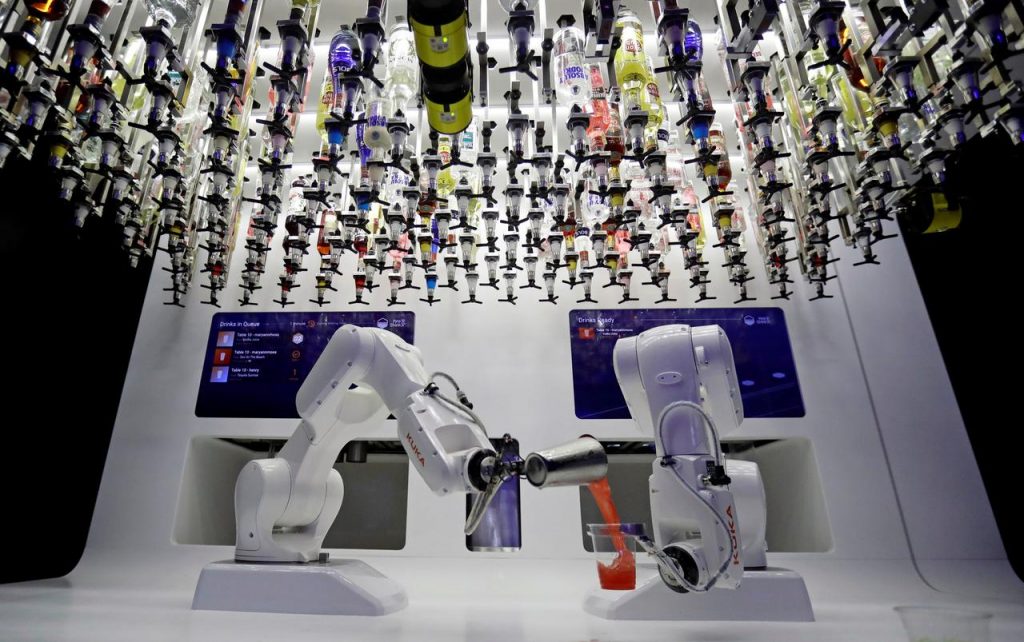 As the name suggests, the Internet of Skills is a process of technology where one can transfer knowledge, expertise, and skills in real-time, without the restriction of physical boundaries.

Capitalising on the era of unprecedented Internet speed along with the help of artificial intelligence, the Internet of Skills aims to revolutionise servicing capabilities by offering a solution to digitally deliver one’s skill and expertise to the rest of the world. The primary aim is to extend one’s knowledge in order to teach, learn and interact immediately to any part of the world breaking the geographical barriers. It allows remote operation of technology share between two parties.

It is estimated that with the revenue of $20 trillion per annum worldwide, which is 20% of today’s global GDP, IoS will be a huge enabler for skillset delivery, becoming an important technology for service-driven economies around the world. A report predicted that by the year 2020, 20.4 billion IoT devices will be connected. Researchers believe that such technology will make it easier for best engineers or doctors to provide their services instantaneously, along with creative artists sharing their expertise to teach enthusiasts around the world.

Concept & The Tech Behind

Coined by King’s College Professor Mischa Dohler and his team in London, the term Internet of Skills (IoS) was first developed to help doctors, around the world, in treating patients who are miles away, especially in remote locations, where medical skill is lacking. The team paired up virtual reality with the technology in hand to link doctors with their patients in the most innovative way possible. Sectors like academia, government, healthcare as well as industrial communities are now accepting IoS – putting human skills at the centre of the technology to revolutionise the operations.

The engineering behind the technology integrates end-to-end low latency along with haptic (relating to the sense of touch) information transfer instead of the traditional way, where only audio and visual knowledge transfer was done on Internet platforms. The technology claims that with the help of robotics, virtual reality, and artificial intelligence, knowledge, and expertise — in the field of remote maintenance, remote surgeries, remote teaching and other sorts of physical training — can be transferred from the input source to destination in no time. A cyber-physical system (CPS) results from the integration of different systems are used to control the physical process and uses the feedback to adapt to new conditions in real-time.

The three main components of IoS are:

Explaining the technology, Dohler mentioned in a blog post, “Imagine this so-called exoskeleton that one can put on their hand, which will pressurise the hands and the joints, guiding the hand to move gently at the beginning, and nudge essentially the body into the right shape and in the right way, until the user’s muscle memory starts to grasp the movement.”

One important aspect of this innovative technology, which is also known as cyber-physical systems, is the capability of owning 5G. To bring IoS into life, one needs to encompass the short-latency capabilities of 5G with a response of 400 times faster than the blink of an eye. At present this technology is widely used for remote interactive teaching and remote repairing.

With 5G’s ultra-reliable low latency communication, it will be possible to create real-time interactive systems, which will be capable of remotely delivering a virtual experience with a hint of touch. Such applications will create a seamless connection between humans and machines based on haptic interaction.

This technology aims to reengineer traditional business processes, along with fundamentally change the way businesses innovate, collaborate and exist, making it more sustainable. However, it requires a high quality of experience (QoE) for users to trust the network in order to perform critical operations and repairs. Some of the key areas where IoS can be applied are:

Healthcare: With the help of robotics, the Internet of Skills can easily be applied for remote diagnosis, remote surgeries, and treatment in order to reduce the time lag and resources. In fact, Ericsson 5G Tactile Internet Lab has recently collaborated with a team of professors and students of King’s College, London to come up with a revolutionary innovation to address the urgent need for better healthcare across the globe. The team with the help of cutting edge 5G networks has created this technology where doctors can use the haptic gloves along with audio and visual technologies to perform remote surgeries, via a robotic counterpart, on any patient anywhere in the world.

The gloves using the sensors provide touch feedback to the robot’s arms, whereas the VR equipment used by the surgeon will have the same environment as the patients. Experts of robotics believe that the introduction of 5G with zero lag in transferring information has definitely provided a new dimension to the whole sector of remote healthcare and robotic surgery. Many vendors are also using this exoskeleton technology in creating ways to support specially challenged and elderly people.

Business Communications: Many believe that a huge amount of resources and efforts are been used while communicating in our business environments. With the introduction of seamless connections along with haptic interactions, executives will be able to teleport themselves to the business location, which in turn will reduce the time lag as well as save resources.

E-commerce: Online shopping will be another aspect that can totally be revamped with the help of haptic technology. Users will soon be able to try out clothes or touch furniture before buying them online.

Some of the other use cases of this technology are to create industry automation, smart cities, self-driving vehicles, smart factories, and doing remote operations for businesses. Businesses will now be able to teleport the skills of their best engineers and doctors to high risk-based areas with the help of tactile technology. Ericsson claims that this technology has the potential to have an impact globally in conquering some of the biggest challenges of the world, such as remote monitoring/surgery of people in need (e.g. applicable in Ebola-hit areas); enabling remote education (e.g. teaching a child in Gaza how to paint); or enabling industrial remote decommissioning and servicing capabilities (e.g. remote repair of a broken car in Africa).

Another important usage of haptic interaction is to reduce operational costs, which usually turns out to be one of the largest expenditures for companies. The Internet of Skills will reduce such unsolicited costs by matching specific needs in one business location with the best skill in another location. Additionally, technology is also helping Myanmar’s education sector to improve the abilities and subject-matter expertise of teachers in schools and colleges. It has been an ongoing project, since 2016, as part of the National Educational Strategic Plan (NESP).

The combination of uninterrupted network and tactile technology is believed to be the next paradigm shift of the world, where individuals can share their knowledge, expertise and technical skills in real-time through a digital interface across any distance. Internet of Skills would eliminate the perception of distance and time, giving human immediacy the utmost importance. It marks the beginning of a massive transformation of the world from virtual reality to synchronised reality. “The Internet of Skills will democratise labour globally, the same way as the Internet has democratised knowledge,” believes Dohler.