What Is WILDS DataSet By Stanford – A Complete Guide

WILDS is a benchmark of in-the-wild distribution shifts spanning a variety of datasets and applications, consisting of wildlife monitoring, tumour identification, poverty mapping and some others. 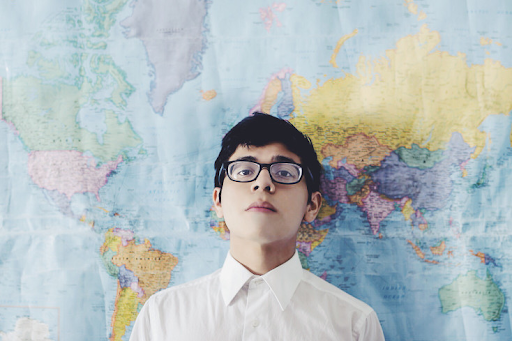 WILDS is a benchmark of in-the-wild distribution shifts spanning a variety of datasets and applications, consisting of wildlife monitoring, tumour identification, poverty mapping and some others. Until now, seven datasets have been incorporated, and more is to be done. Wilds builds on top of recently collected data by experts. It provides evaluation metrics along with train/test splits that represent real-world distribution shifts. These datasets show distribution shifts in training and testing data on different cameras, time periods, countries, demographics, molecular scaffolds, etc., which causes significant performance drop in baseline models. It is maintained by many researchers at Stanford, and some others from Berkley, Cornell, Caltech Universities and Microsoft Research team.

FMoW – Building and land classification across different regions and years

Machine learning techniques can enable global-scale monitoring of sustainability, specifically in data-poor regions using satellite imagery and other remotely sensed data to meet economic challenges. In just areas gathering data is expensive. Wilds tries to bridge this data gap that can thereby improve research and decision-making to undertake policies and humanitarian efforts such as population density, tracking deforestation, crop yield prediction, poverty mapping and addressing other such issues. As human activity and environmental processes can often cause changes to the natural environment, thus ML models must be trained robustly to distribution shifts over time.

Dataset design: The input x in this dataset is a satellite image, and the target label y is one of 62 categories of land use. The domain d is measured on time and geographical regions. Wilds aims at solving a domain generalization in terms of time and subpopulation performance in terms of region.

Proper predictions of poverty measures are necessary for directing policy decisions in developing and poverty-stricken countries. Actually, poverty ground truth measurements are lacking for most developing countries, since it’s a difficult task to gather information in this regard. In some countries, it may have never been conducted a survey or had gaps of over a decade between surveys. The lack of labels generation in certain countries creates a natural scenario for the need for model generalization in case of unseen countries. Shift across countries based on model performance is considered the effect of rural vs. urban subpopulations. Improving performance within rural subpopulation will help developing countries like Africa.

Dataset design: The input x is a satellite image, and the output label y is a real-valued asset wealth index. The domain d is measured on countries. Wilds aims to solve both a domain generalization problem in terms of country borders and improve subpopulation performance in terms of urban and rural areas.

In the 2020 Living Planet Report claimed that animal populations have declined by 68% on average since 1970. In the present climate diversity, the proper mapping between climate change and wildlife biodiversity loss has become a serious issue to be concerned about. For monitoring wildlife, one of the primary methods that have been adopted is placing heat or motion-activated cameras into the wild. These cameras can track data much faster than anyone can process it, as a result of this ecologists have taken up computer vision solutions. Static cameras like this are capable of capturing signals that are correlated in space and time. The correlation causes overfitting and thereby poor generalization as compared to new sensor deployments, degrading scalability factor of computer vision solutions.

Dataset Design: This is a case of multi-class species classification. The input x is a photo captured by the camera, the output label y is divided into 186 different classes of animal species, and the domain d is a measurement that identifies which camera trap took the photo.

Medical applications models are generally trained on a small set of data acquired from some hospitals due to patients’ privacy issues but get deployed to other hospitals as well. Model accuracy can degrade in the data collection and processing variations through different hospitals not included in the training set. This variation can be caused by many sources for example studying tissue slides under a microscope, differences can arouse in slide staining or the patient population or image acquisition. Wilds studies this distribution shift by building a patch-based variant of the Camelyon17 dataset.

Dataset design: This is a binary classification task. The input x is a histopathological image, the output label y is a binary indicator that contains any tumour tissue or not, and the domain d is a measurement that identifies the hospital.

Drug discovery is a time-consuming procedure by now we must have realised. The entire process takes many years, during which many experiments are conducted to find a potent molecule. For computer-aided search, accurate and generalizable molecular property predictor is useful over a large collection of small molecules in order to detect those structures which have the most probability to bind to a drug target. Accurate computer vision aided solutions can largely reduce redundant experiments, hence help in accelerating the drug discovery process. The biggest challenge here remains is that molecular properties prediction over a variety of molecules screened from the large chemical database. It is thus crucial for models to generalize out of the dataset molecules that are structurally different from training ones.

Dataset Design: This is a multi-task classification problem. The input x is a graphical representation of a molecule, the target label y is a binary vector of length 128 types of biological activity, and the domain d is the scaffold group that the molecule is a part of.

As discussed above for medical data likewise for text data also models are similarly trained on collected data and deployed as an all-purpose model across a wide range of users. Hence these models can show performance disparities. These drawbacks of performance gaps in applications have urged for the need for good performance across a wide range of users. Additionally, the indicative unfairness of models, their failure to learn the actual task, thereby leading to biasness. Wilds makes use of inter-individual performance disparities for the sentiment classification task on the Amazon-wilds dataset where the goal is to train models with high performance in terms of reviewers.

Dataset design: This is a multi-class sentiment classification task. The input x is the text for review, the target label y is the star corresponding to the rating from 1 to 5, and the domain d is used as the indicator of the user who wrote the review.

Automatic review management of user-generated text such as detecting if a comment is negative is an important task for moderating the huge amount of volume of text being written daily on the Internet. Earlier works have shown documented biases in automatic moderation tools, for example, comment classifiers have shown the particular mention of certain demographic groups. Wilds has made a modified version of the CivilComments dataset, a large collection of comments on online posts/articles etc. taken from the Civil Comments platform and annotated for negativity and demographic mentions by multiple crowd workers.

Dataset design: This a binary classification task of predicting whether or not a comment is negative. The input x is a comment comprising one or more sentences, and the target label y is whether it is marked negative or not. The domain annotation d is a multi-dimensional binary vector denoting whether the comment mentions each of the eight demographic entities LGBTQ, male, female, Christian, Muslim, other religions, Black, and White.

WILDS has an open-source Python package which provides a standardized interface for all datasets.

# Getting the training set

# Then run everything else

# Not preallocating memory is slower

# but makes it easier to handle different types of data loaders

# These tensors are already detached, but we need to clone them again

# Otherwise they don’t get garbage collected properly in some versions

# The subsequent detach is just for safety

# (they should already be detached in batch_results)

# Getting the test set

# Getting predictions for the full test set

WILDS tries to put a generalized dataset covering diverse data across visuals and text. It is under constant development, in future we can expect to see more benchmarked datasets to produce high quality trained data models that can address complex problems.