What Policies Should India Emulate From The US’s AI Playbook? 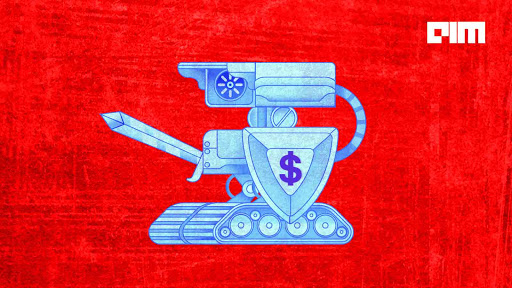 The National Security Commission on Artificial Intelligence (NSCAI) recently published the Final Report for 2021 outlining an integrated national strategy to empower the US in the era of AI-accelerated competition and conflict.

NSCAI worked with technologists, national security professionals, business executives and academic leaders to put out the report. According to the report, the US government is a long way from being “AI-ready.” Based on the findings, the commission has proposed a set of policy recommendations.

The US leads in almost all AI parameters than most countries, including India. To get a perspective compared to the US’s benchmarks, we analyse where India stands in terms of the policy recommendations made in the NSCAI report.

The first part of the report analyses how advanced AI technologies can present a threat and how the US should prepare for such attacks.

A country’s digital dependence on other nations is potential national security death traps. This invites adversaries to deploy AI systems that can enhance disinformation campaigns and cyberattacks. Hence, the report recommends securing US databases and prioritising data security through national data protection legislation.

India’s ranking in digital competitiveness fell to the 48th position in 2020, where the US was ranked in the top 2. India also witnessed a rising number of cyber-attacks in the last few years, with 1.45 million cybersecurity incidents recorded by CERT-In from 2015 to 2020. To add to that, India’s cybersecurity policy, last drafted in 2013, has several weaknesses in its legal framework.

Apart from developing a good defensive strategy, the report recommends the US to establish an ecosystem for adopting AI across their military missions by building common digital infrastructures and developing a digitally-literate workforce. The report states that the US might lose its military-technical advantage within a decade if it fails to do so.

To incorporate AI and develop Lethal Autonomous Weapons Systems (LAWS), India formulated a 17-member task force under the Ministry of Defence in 2018 that identified use cases like unmanned tanks and underwater vessels for LAWS development in India. While the DRDO’s Centre for AI & Robotics (CAIR) is working on a range of applications, India’s current artillery does not have autonomous weapons, according to experts. The US, in comparison, invests significantly more than India in next-gen military technologies.

The NSCAI report also mentions the significance of the development of LAWS being consistent with international humanitarian law. India is a part of the Non-Aligned Movement (NAM), comprising approximately 125 member states that have called for a “legally binding international instrument stipulating prohibitions and regulations on LAWS” several times since 2018. Around 30 countries have also called for a complete ban on autonomous weapons. However, both India and the US are not among them.

Along with the LAWS, the NSCAI report highlights the significance of AI in intelligence gathering and scaling up the talent in public institutions to effectively use intelligent technologies.

India’s domestic capability in intelligence technologies is currently ‘sorely missing’, and the country is almost exclusively dependent on imports. However, India has the AI talent to change this. Hence, experts recommend an interactive AI framework to facilitate communication between the AI industry and the military.

Finally, any AI deployed by the US government must respect privacy, civil liberties and civil rights. For this, the nation must strengthen its governance mechanisms.

India currently does not have any laws that protect citizens against the repercussions of AI. And apart from the RTI Act, there is no mechanism to ensure privacy. India also has weak data protection laws, with the existing data privacy bill drawing a lot of flak within and outside the parliament.

The report states that an organised, resourced, and determined effort is needed for countries to stay ahead of the technology competition. To make a concerted effort towards this, many countries, including India, have national AI strategies.

The NSCAI document calls for a White-house led strategy for the technology competition. It recommends forming a Technology Competitive Council to develop a comprehensive technology strategy and oversee its implementation.

In India, the Emerging Technology Initiative (ETI) initiated by the New Emerging & Strategic Technologies (NEST) division of the Ministry of External Affairs has been undertaken for a similar purpose, focusing on global relations, social equity, and national security. The initiative’s ultimate goal is to identify important and relevant technologies to India and develop a path to indigenise them.

However, to implement such strategies, you need a vast talent pool. The US houses the most AI talent and also attracts the most AI talent. However, the US is slightly behind countries like Austria, Belgium, and Russia regarding retention. NSCAI wants Congress to pass the National Defense Education Act II to ensure investment in fields critical to the AI future.

While India does not have a separate National Defence Education Policy, it has the third-highest AI talents globally. At the same time, India is not very good at retaining or attracting talent. India’s retention score for the past five years averaged at -0.14 as opposed to the US’s 8.5.

To attract AI talent for innovation, you need enough funding. The NSCAI, thus, recommends accelerating AI innovation in the country through funding, infrastructure, and strengthening commercial competitiveness. It suggests improving the non-defence AI funding in the US to reach 32.6 billion per year by 2026.

While considerably below the US’s aspirations, the Indian government raised its budget by 23% to $477 million in 2020-21 to incentivise IT and IT-enabled services.

Finally, the NSCAI is worried that the US is entirely dependent on foreign sources for its semiconductor needs and thinks its supply chain is at risk without coordinated government action.

Over the years, India has considerably lagged in semiconductor manufacturing. This can be attributed to the lack of investment required to start chip manufacturing facilities.

Now, countries like China are fast catching up with the US in terms of tech innovations, threatening its position as a global leader. Thus, if the US has to remain at the top, the NSCAI report suggests the country has to invest in AI and emerging technologies proactively.

While India is considerably behind the US and China, the country needs to adapt a robust AI strategy to gain geopolitical advantage.