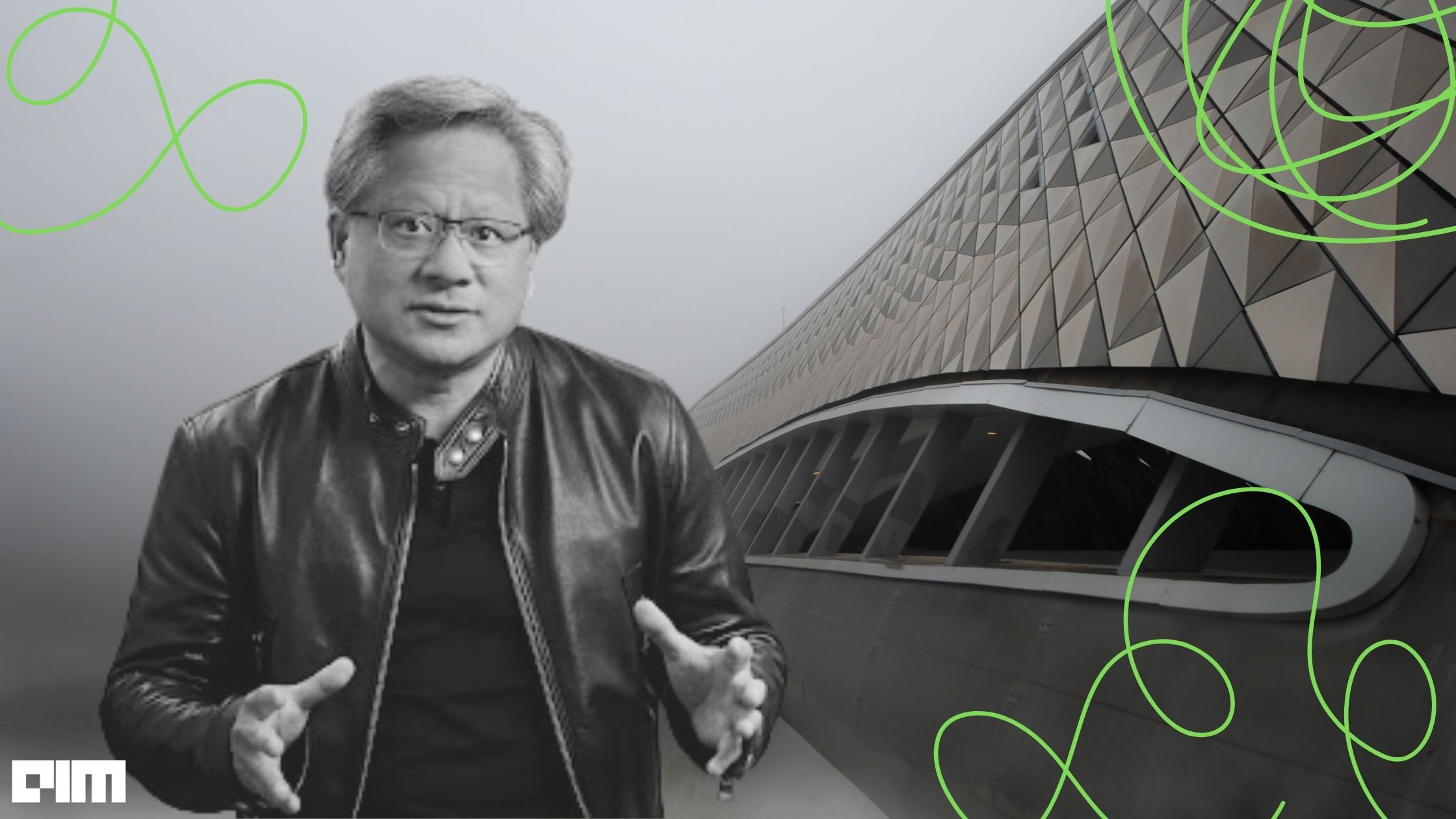 One of the most awaited AI conferences for developers, NVIDIA GTC 2021, is just around the corner. The event is expected to bring together thousands of innovators, researchers, thought leaders, and decision-makers to showcase the latest technology innovations in AI, computer graphics, data science, etc.

The event, which is going to be held from November 8 to 11, 2021, will include a keynote from NVIDIA CEO and founder Jensen Huang, alongside a wide variety of sessions and talks with luminaries around the world. According to the event website, Huang will be sharing some of the latest developments, driving the rapid technology advancements and new offerings to help solve the world’s toughest challenges.

NVIDIA recently pulled off the latest stunt without a glitch, where Huang’s replica spoke to the audience for 14 seconds (from 1.02.41 to 1.02.55) while introducing the CPU designed for terabyte-scale accelerated computing. It was possible thanks to Omniverse, one of the world’s first simulation and collaboration platforms that deliver the foundation of the metaverse.

Now, NVIDIA looks to expand its Omniverse platform in partnership with Blender and Adobe. At the GTC 2021, NVIDIA is most likely to announce major plans to scale its platforms across enterprise and industries, alongside showcasing the nuances of the technology.

Also, for creating an immersive experience using the omniverse platform, there is a need for better screens, head-mounted displays or VR headsets, and mixed reality devices. NVIDIA might also reveal its partnership with companies providing such solutions or products to fuel the metaverse revolution in the coming months.

Last year, Huang announced the NVIDIA Maxine platform. It is a cloud-native streaming video AI platform that enables service providers to bring new AI-powered capabilities to more than 30 million web meetings. Besides this, NVIDIA had also announced the launch of NVIDIA Jarvis conversational AI, which was still in the open beta phase. At GTC 2021, NVIDIA is most likely to announce more deep learning tools that build multimodal conversational AI applications that deliver real-time performance on GPUs.

NVIDIA is looking to launch a new version of its GeForce RTX 2060 graphics card, which could double the memory capability to tackle the current gaming graphics card availability. Currently, NVIDIA’s RTX 2060 12 GB graphics cards are in the works. It is expected to be launched early next year.

As per Videocardz, NVIDIA plans to produce a large stock of its RTX 2060 GPUs for launch in January 2022. This move comes as an attempt to take the graphics card and imminent GPU shortages expected in the first half of next year. Previously, NVIDIA RTX 2060 was resumed for production twice to meet the demand of gamers within Asian Pacific markets. However, the production was later halted to focus on the Ampere GPUs, including GeForce RTX 3060 and RTX 3060 Ti.

As per Greymon55 and RedGamingTech, NVIDIA RTX 30 Super refresh is expected to launch in early 2022.

Another leaker, Kopite7kimi, has also revealed that both RTX 30 Super laptops and GA103 for desktop is being launched early next year.

Besides this, more information on RTX 40 series, a successor to Ampere codenamed Lovelace, is also being released. Greymon55, in a Twitter post, said that the next-gen GPUs are expected to be launched in October 2022. However, this claim does not refer only to NVIDIA Lovelace.

Hopefully, NVIDIA will make more announcements at the GTC 2021 about the launch of next-generation GPUs, gaming technology and graphics cards.

Huang had said that transportation is becoming a technology industry. Besides having amazing AI technologies and autonomous driving, vehicles would be ‘programmable platforms’ to offer ‘software-driven services.’ “The business models of ‘transportation’ will be reinvented,” Huang said in April earlier this year.

Recently, NVIDIA had announced the next-gen of its DRIVE platform, called Atlan. It is the first thousand TOPs automotive processing, providing a 4x performance increase over the previous Orin. It also features next-generation GPU architecture, new Arm CPU cores, new deep learning, and computer vision accelerators. It is also equipped with BlueField, with the full programmability required to prevent cyberattacks and data breaches.

The company is looking to target automakers’ 2025 models with the new system-on-a-chip (SoC), ensuring it does not hamper sales of Orin, the previous generation of the platform. It is currently being used by leading automakers for production timelines starting in 2022.

At the upcoming GTC 2021, we can expect more updates related to autonomous driving systems, the latest DRIVE updates, and its partnership with companies in revolutionizing the future of mobility.

Recently, NVIDIA announced BlueField-3, a next-generation data processing unit that accelerates software-defined networking, storage, and security. It has 16 Arm A78 cores and accelerates networking traffic at a 400 Gbps line rate. It is also the first DPU to support fifth-generation PCIe and offer time-synchronized data centre acceleration.

Last year, Huang said the BlueField-4 would be available by 2023, which will support CUDA parallel programming platform and NVIDIA AI — turbocharging the in-network computer vision. More updates related to BlueField and next-gen data processing units are expected at the upcoming GTC event.

Countries Are Deploying More Robots For Police Patrolling & How