What to expect at NVIDIA GTC Spring 2022

The hybrid event will bring together the best technology minds and discuss innovations across domains. 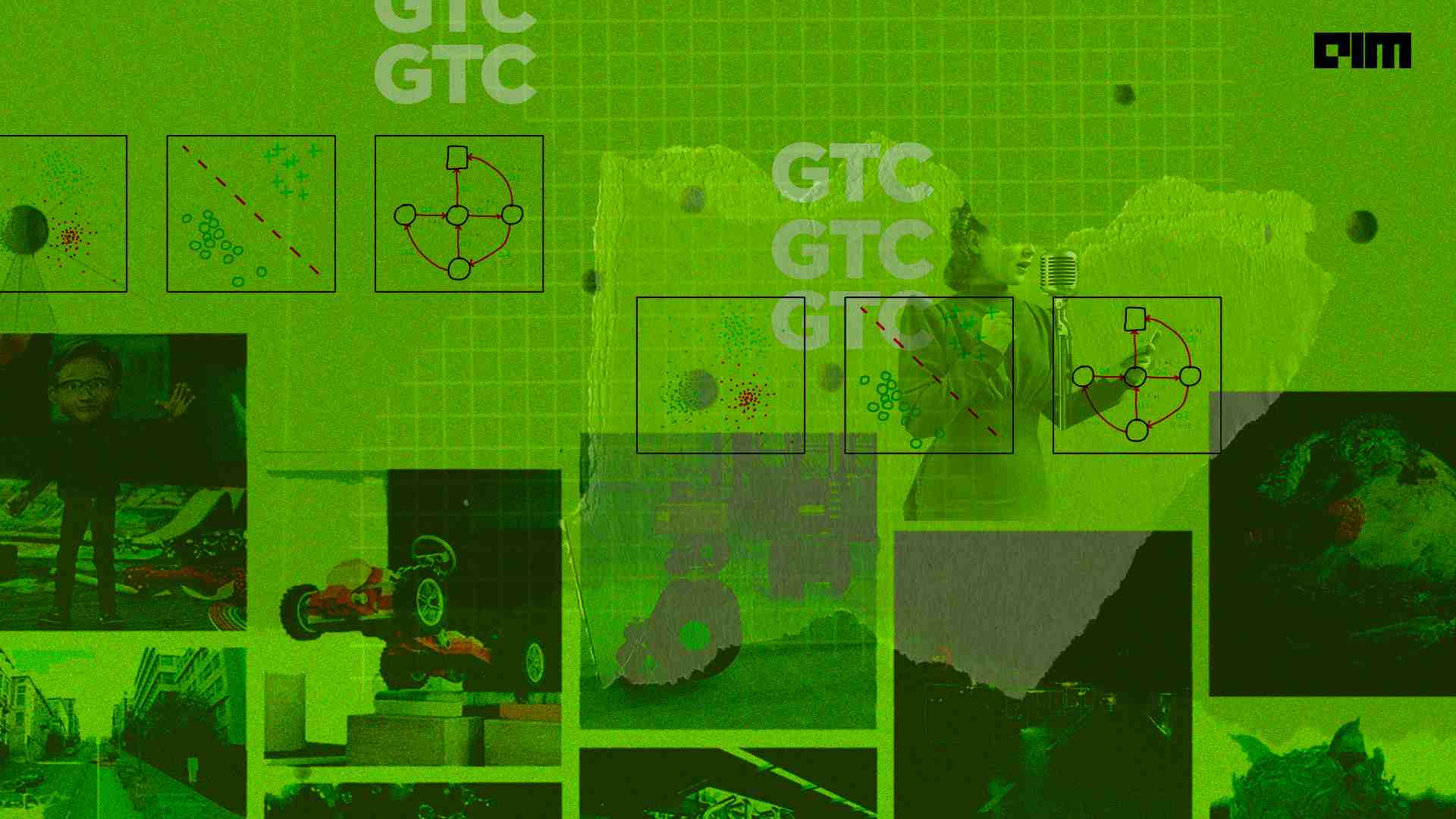 NVIDIA GTC is the platform where the company usually likes to showcase products and technologies that take the tech space by storm. After clocking in record sales in its fourth-quarter (massive $7.64 billion in revenue), this time too, we can expect NVIDIA to woo us with such surprises.

GTC 2022 will be held from March 21 to March 24. The hybrid event will bring together the best technology minds and discuss innovations across domains. Termed as “The Developer Conference for the Era of AI”, this time, the core focus will be on autonomous vehicles, computer vision, data science, cybersecurity, game development and many such exciting areas. Jensen Huang will give his keynote speech on March 22 at 8 am PST (4 pm CET). We can expect him to talk about the latest innovations NVIDIA is working on in the HPC software and AI domains as well as autonomous technology.

Let us look at a few other things we can expect NVIDIA to come out with in GTC 2022.

This time a focus point for NVIDIA at GTC 2022 will be autonomous technology. Last year in November, NVIDIA had introduced DRIVE Hyperion 8. It is a computer architecture and sensor set for full self-driving systems. NVIDIA had said that Hyperion 8 has been built with the highest levels of functional safety and cybersecurity and is supported by sensors from a range of leading suppliers.

During the GTC 2021 keynote, Huang showed a DRIVE Hyperion 8 vehicle drive autonomously from the NVIDIA headquarters in Santa Clara, California, to Rivermark Plaza in San Jose. The tech giant had also said that “DRIVE Hyperion is scalable with the current standard DRIVE Orin platform designed to be upgradeable with NVIDIA DRIVE Atlan and DriveWorks APIs that are compatible across generations.”

We can already see partnerships being formed by various companies with NVIDIA to use the Hyperion 8 platform. Just a few days back, Jaguar Land Rover announced that it will develop its upcoming vehicles on the full-stack NVIDIA DRIVE Hyperion 8 platform.

It added, “DRIVE Orin will deliver a wide spectrum of active safety, automated driving and parking systems, as well as driver assistance systems built on DRIVE AV software.” By using the DRIVE IX stack, other unique features will include driver and occupant monitoring and advanced visualisation. We can expect some other partnerships to be announced with other carmakers for the implementation of the DRIVE Hyperion 8 platform.

If we look into the special programs that NVIDIA will conduct at GTC 2022, we see that the company will discuss the next-generation DRIVE Hyperion 9 along with giving a better overview of the Hyperion 8 platform to the attendees. We may get to know what additional features DRIVE Hyperion 9 will bring and how it will be an improvement over Hyperion 8.

With metaverse being the hottest topic in the tech world right now, NVIDIA, too, is staying in this game. NVIDIA has named its metaverse efforts as “NVIDIA Omniverse.”

NVIDIA describes Omniverse as an “easily extensible, open platform built for virtual collaboration and real-time physically accurate simulation.” It makes it possible for designers, creators and companies to connect tools and assets for collaboration in the virtual space.

Companies are opening up to Omniverse

The world seems to be loving NVIDIA Omniverse, and it is being dubbed as one of the top 100 innovations of 2021. In a recent media interview, Huang said, “Omniverse for enterprise is being trialled and tested in about 700 or so different companies around the world.”

The Omniverse platform has seen good adoption even by other big names using it to create different types of experiences. Ericsson had used the NVIDIA Omniverse platform to build digital twins for 5G networks while BMW tied up with NVIDIA to showcase factories of the future.

We can expect such other unique cases of NVIDIA Omniverse platform adoption to be showcased at GTC 2022 to put out the message of how the platform is being rapidly integrated by companies, creators and others. We can also expect NVIDIA to come out with other products and features for the Omniverse platform. It will surely be a focal point of GTC 2022.

Hopper architecture to be revealed?

Huang might reveal Hopper architecture, NVIDIA’s first high-performance compute accelerator featuring a multi-chip design at GTC 2022, as per  Videocardz. Hopper will succeed Lovelace architecture. It is expected to compete with the AMD Instinct MI 200 series introduced in November last year, as per reports.

The Hopper GPU architecture is the company’s entry into multi-chip module GPU designs. Hopper is not for gaming but mainly for HPC architecture.

As part of the conference, NVIDIA offers students and early career professionals introductory courses on deep learning and robotics. They can also access sessions like “The Right Formula for AI Success: Insights from AI High Performer”, “Deep Learning Demystified”, and “5 Steps for Starting a Career in AI” panels.

Seasoned developers can go for different DLI courses, including 20 free, short-day sessions and 17 full-day workshops to dig deeper into AI and earn a DLI certificate.