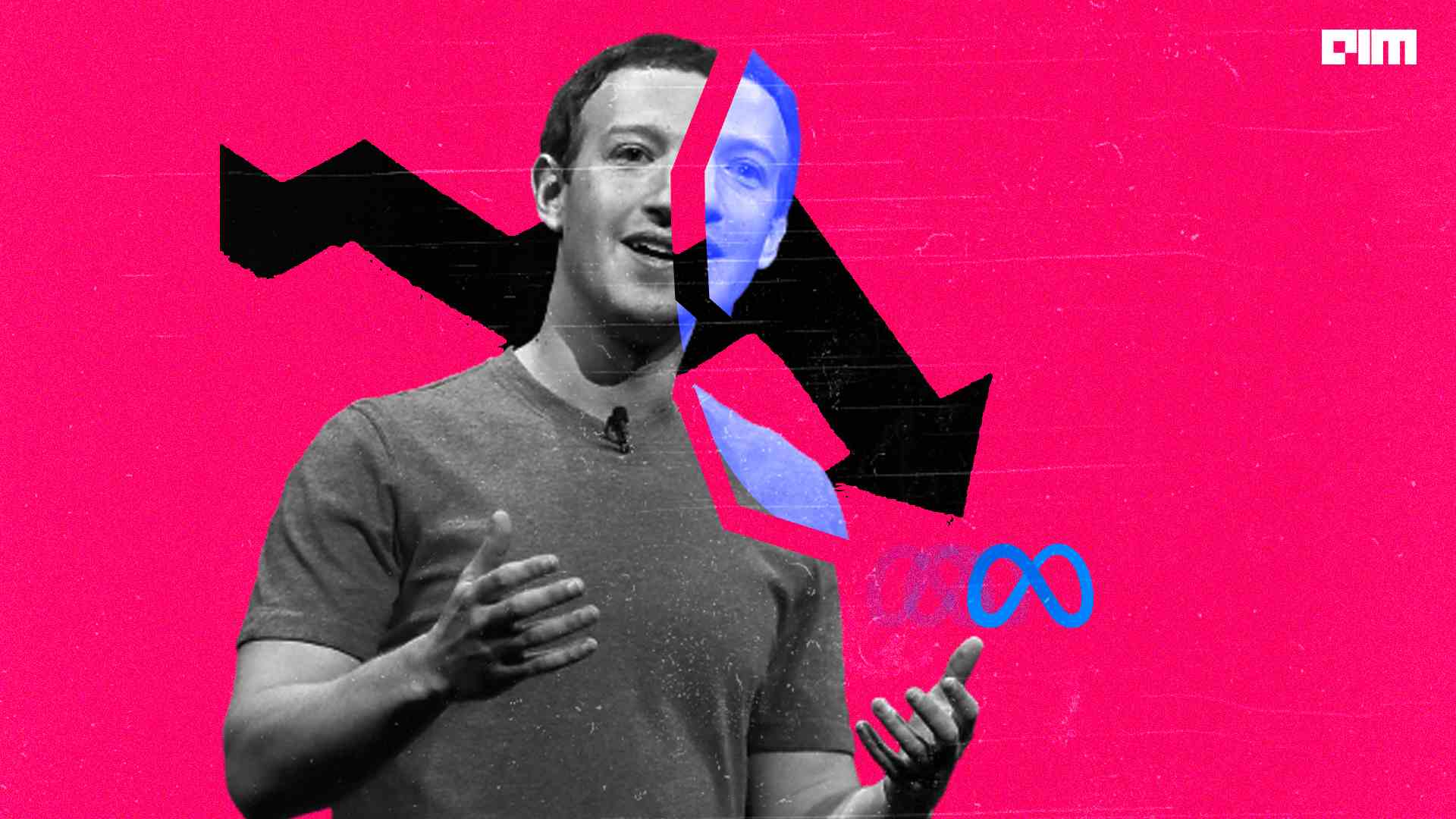 Following Meta’s stunning share price drop, Mark Zuckerberg has lost billions, and now the focus is on what went wrong for the social media behemoth. After Meta shares sank by a staggering 26% on Thursday afternoon US time, wiping off more than US$250 billion ($750 billion) in value, the 37-year-personal old’s worth has plummeted by more than $46 billion—one of the largest drops ever recorded. The dreadful outcome came as Meta Platforms, formerly known as Facebook, presented a gloomy revenue estimate late on Wednesday, revealing the company was experiencing skyrocketing costs while growth had stagnated. We have curated the top 5 reasons why Meta has faced this plunge.

The days of Facebook’s explosive user growth are gone. Despite minor improvements in new users throughout the company’s so-called family of applications, including Instagram, Messenger, and WhatsApp, Facebook’s main social networking app lost around half a million subscribers in the fourth quarter compared to the previous one. This is the first time the company had experienced a drop in its 18-year history when it was defined by its capacity to bring in more new customers. Moreover, the dip indicated that the core app had reached its maximum potential. The rate of increase in Meta’s quarterly user base was likewise the slowest in at least three years.

Another development potential, according to Meta’s management, includes turning on the money faucet at WhatsApp, the messaging service that has yet to produce significant income. Those initiatives, though, are in their infancy. Investors will be looking to see if Meta’s other programmes, such as Instagram, have reached their peak in terms of user growth.

With considerable hoopla, Facebook announced its rebranding to Meta in October 2021. The name is derived from the Greek word “beyond”; it was selected to highlight Facebook’s shift away from being solely a social media platform. However, that transition comes at an exorbitant price. Meta invested more than US$10 billion ($15 billion) in its Reality Labs division last year, which includes its virtual reality Oculus Quest headgear and augmented reality technology, contributing to the profit drop. Part of that included expanding the team by 23%, bringing the total number of employees to 71,940. Stocks plummeted on Wall Street on Thursday, with Meta, the parent company of Facebook, falling 26%. Facebook Reality Labs lost US$3.3 billion ($4.9 billion) in the fourth quarter and more than US$10 billion ($15 billion) in total in 2021. Given that the metaverse is still years away from becoming popular, most experts anticipate that the current loss-making tendency will continue for some time.

Last spring, Apple released an update to its mobile operating system called “App Tracking Transparency“, which essentially gave iPhone users the option of allowing apps like Facebook to track their internet behaviour. Those privacy moves have already harmed Meta’s business and are certain to do so in the future. Many users have opted out of Facebook and other applications tracking their activities now that they must explicitly ask for permission. This means Facebook will have fewer user data, making targeting advertising—one of the company’s key revenue streams—more challenging. The problem is further compounded when it was found that iPhone users are a significantly more profitable market for Facebook advertisers than Android app users.

Mr Zuckerberg has emphasised how formidable TikTok has been a competitor for more than a year. The Chinese-backed app has expanded to over a billion users because of its highly shareable and curiously addictive short video posts. And it’s vying for attention and eyeballs with Meta’s Instagram account. Meta has replicated TikTok with Instagram Reels, a video product feature. Zuckerberg stated on Wednesday that Reels, which is prominently shown in people’s Instagram feeds, is the app’s current No. 1 generator of engagement. However, while Reels may attract people, it might not generate revenue as successfully as Instagram’s other features, such as Stories and the main feed. This is because video ads are more difficult to monetise. After all, people tend to ignore them. This means that the more Instagram encourages people to use Reels, the less money it will make from those users.