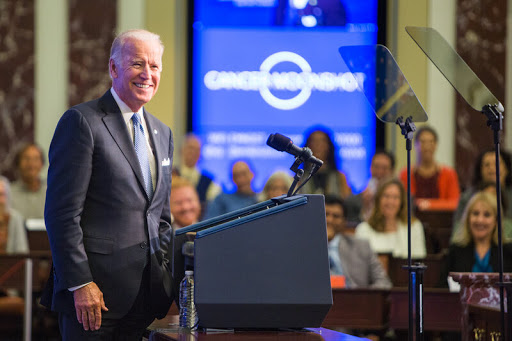 While dealing with the COVID pandemic, climatic conditions, racial equity and economic recovery will be the critical agendas for the Biden administration once they take up the charge, it will be interesting to see his initiatives for the tech companies in the country. More so, because in his previous interactions with the media, he has shown his disagreement with the friendliness that the Obama administration has with Silicon Valley. While experts believe that technology may not be high on Biden’s list of priorities, he may not be totally ignorant towards it.

Pandemic has brought a lot of technical issues in the forefront such as net neutrality, rural broadband and online privacy. While Biden has spoken about the focus on expanding broadband internet, there hasn’t been any explicit remarks on what kind of regulations will be brought for big tech companies such as Google, Facebook, Amazon and how they will be impacted. However, experts are speculating the next game-changing initiatives for the big tech companies.

Moves That May Work In Favour Of Big Tech Companies

Reports suggest that during the Obama administration, he had employed a lot of employees from Google in his office in influential positions, focusing on the importance he gave to the big tech. On the other hand, Biden believes that the big tech companies are abusing the power they have and that there is a need to address the issue from the roots and break the monopoly. Having said that, Biden is likely to address areas as mentioned below.

Tech Hiring & immigration: Trump had brought several changes to the H1-B work visa program such as suspension of the new immigration work visas, new H1-B visa wage rule restrictions, among others that had strongly impacted the US economy. A large chunk of the workforce — around 45% — of all major companies such as Apple, Amazon, Google, and Intel are immigrants, including from India. The implementation of these laws by Trump majorly impacted the companies and the overall economy. Biden might bring relaxation in immigration policies, which may prove beneficial to both the tech companies as well as the employees in the long run.

End Of Trade Wars: Experts are hoping that the trade war which had escalated with China under the Trump administration will be relaxed, bringing down the effect of financial and technical blow it brought along. Apart from blacklisting companies such as Huawei, it had increased import taxes for the purchase of TikTok, worsening the situation further. While it affected the tech companies such as Apple, Nvidia and others that rely on Chinese manufacturers, it also affected the overall growth. If not lifting the ban altogether, with the Biden administration the country is hoping that this would be addressed strategically.

Improved Regulations & Policies: The antitrust lawsuit filed against Google earlier this year over illegally maintaining monopoly over search and search-related activities had made headlines. Similar antitrust lawsuits are expected against companies such as Facebook. While in its current state the case might take years to wrap up, there is a slight possibility that Biden might bring about changes in regulations to address situations such as these in a faster and quicker way. It is also expected to review policies on the use of technologies such as facial recognition software in federally assisted housing and the use of AI in the criminal justice system.

Improving Digital Infrastructure: While remote working has become the new norm, there have been reports of American citizens experiencing a digital divide with inequalities in access to high-speed broadband. Reports suggest that to overcome this, Biden aims to invest $20 billion in rural broadband infrastructure to bring internet connectivity to limited access regions. He has also spoken about the increased reliance on emerging technologies such as 5G and AI to address these developments.

Increased Focus On AI research: AI researchers may be looking forward to Biden, bringing better AI policies and increase in the amount of funding that has been drastically reduced for non-military AI-related research under the Trump administration. However, the plans of Biden to boost AI research are not clear yet; it is likely to increase investments and funding in key technologies such as AI and quantum computing.

Regulations For Online Privacy: With the increased instances of work from home, experts are also looking for better policies in online privacy and cybersecurity to reduce the instances of data exposure.

Taxes: While most policies are in favour of tech companies, this may act against it as experts are expecting Biden to increase corporate tax for big tech by 28%. It is interesting to note that under the Trump administration, tech companies have benefitted from a steady drop in the corporate income tax rate from 35% to 21% in the past.

While Biden has remained quiet on the tech until now, he is likely to bring more good than the previous administration with a visible focus on AI and data analytics to drive his initiatives. Apart from driving initiatives to deal with the pandemic, it will be interesting to see how he deals with the issues that have been obstructing the growth of tech companies in the country so far.