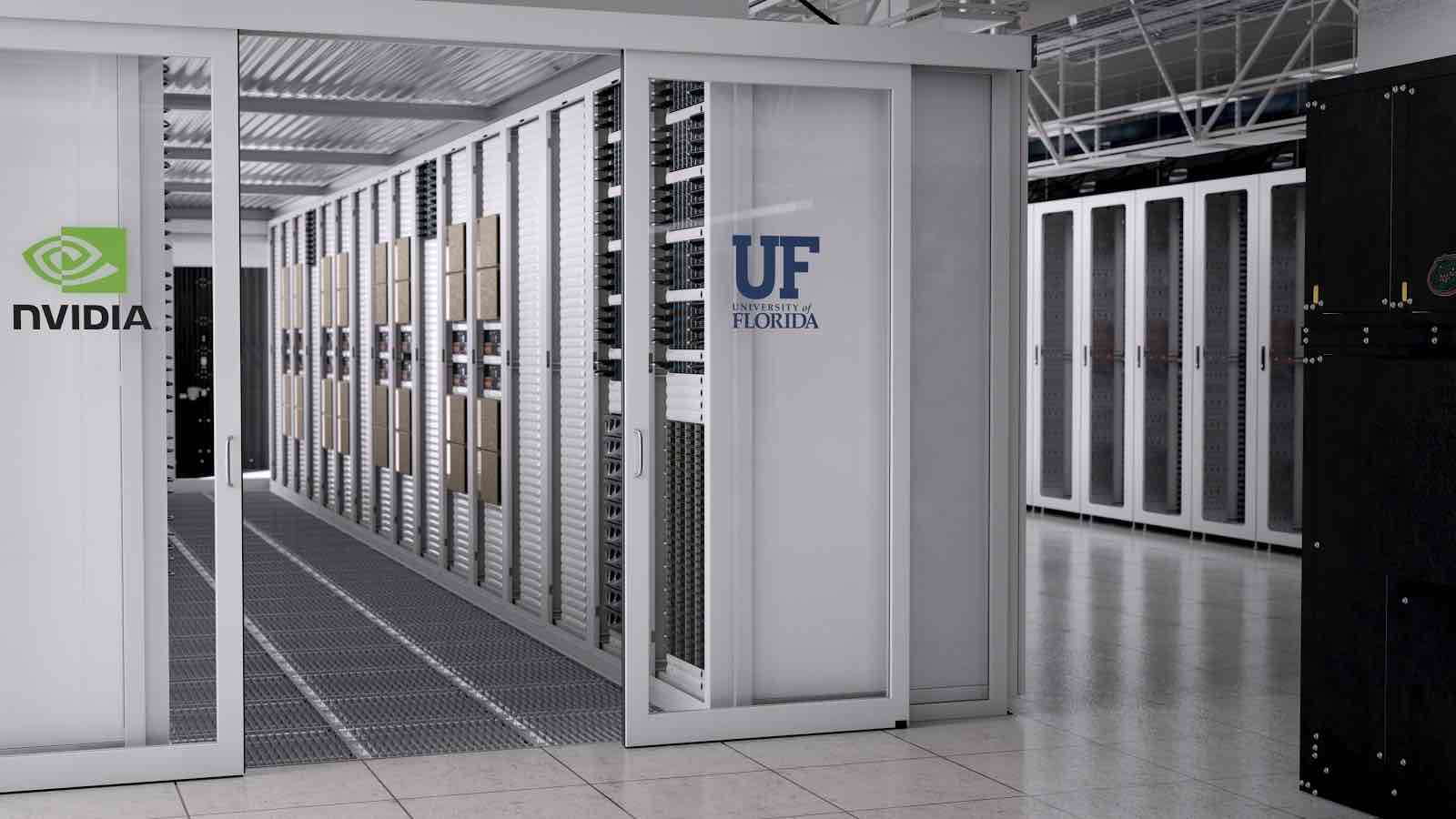 The University of Florida and NVIDIA this week launched a collaborative initiative under which the two rolled out a plan to create the world’s fastest AI supercomputer in academia, providing 700 petaflops of AI performance.

“We’ve built a replicable, powerful model of public-private collaboration for everyone’s benefit,” stated Malachowsky, in an online event featuring leaders from both the UF and NVIDIA. A distinguished alumnus of UF, Malachowsky has served in a number of leadership roles at NVIDIA right from the beginning. He has not only been a leader at NVIDIA but also owns close to 40 patents, and worked extensively on integrated-circuit design and methodology.

The $70 million public-private partnership aims to make University of Florida one of the most significant AI-focused universities in the US, with advanced academic research and as well solve some of the state’s most intricate issues. AI innovation at UF needs to consume a lot of computing power, and NVIDIA will fulfil that.

Working along with NVIDIA, UF will expand the capabilities of its current supercomputer, HiPerGator, with the recently announced NVIDIA DGX SuperPOD architecture. UF’s HiPerGator 3 supercomputer will integrate 140 NVIDIA DGX A100, enabled by a combined 1,120 NVIDIA A100 Tensor Core GPUs. According to UF, the new system will start operating by early 2021.

It is expected that the collaborative project will provide faculty and students at UF the tools to utilise artificial intelligence across numerous areas, and address major global as well as state challenges in areas like climate change, healthcare, data security, sustainable transportation and food security. According to UF, it estimates to have 30,000 AI-skilled graduates by 2030.

For example, one of the areas in which the current research landscape is working on is around COVID-19 and viral pandemic, and this is where supercomputers can take a leading role to help researchers come up with better health solutions.

According to NVIDIA CEO Jensen Huang, the tech company is excited to contribute to work along with UF to make the university a leader in artificial intelligence research leveraging its hardware and software capabilities.

As a result, UF is the first academic institution in the US to get NVIDIA DGX A100 systems which are the modular architecture of the NVIDIA DGX SuperPOD and power the fast deployment and scaling of AI infrastructure.

DGX A100 systems are designed to make the most of these capabilities as a single software-defined platform. It’s a software suite that covers data analytics, AI training and inference acceleration, and recommendation systems. Its multi-modal capabilities combine sound, vision, speech and a contextual understanding of the world around us.

UF Aims To Be The First AI University In The US

“Our vision is to become America’s first AI university,” University of Florida President Kent Fuchs stated. The university is also working to collaborate with various industry and other academic groups, such as the Inclusive Engineering Consortium, whose students will work with UF’s staff members to perform research and also provide recruitment to UF graduate programs.

The University of Florida currently ranks seventh among public universities in America, according to a report and is aiming to make it into the top five. To become one of the top AI universities in the country, the university has committed to filling 100 new faculty positions in AI and associated fields.

The NVIDIA Deep Learning Institute will work with UF on creating a new curriculum and coursework for students and other learners, including programming, customised to meet the requirements of youngsters and teenagers, and motivate their interest in STEM studies and AI. For this, UF will become the place of the newest NVIDIA AI Technology Center, where UF Graduate Fellows and NVIDIA staff will work together on AI. NVIDIA solution architects and product engineers will also install supercomputing resources on campus, including all the latest AI software applications.

Why The Partnership Is Important For US Academia

As the challenges that the scientific and engineering communities face become more complex, the need for artificial intelligence and machine learning, to both advance scientific knowledge and manage an increasingly complex technological environment becomes more important. The University of Florida’s new supercomputing facility is an important addition to the AI ecosystem and will provide academic researchers with much-needed access to computing power that can help advance artificial intelligence research.

Experts say that to democratise access to resources across all the researchers and developers AI is a significant infrastructure commitment. “By partnering with NVIDIA, the University of Florida is able to use this state-of-the-art technology and enhance the education and training of the next generation of researchers, technologists, and business leaders,” said Hodan Omaar, a policy analyst at the Center for Data Innovation. “This partnership can and should work as a model of how universities, government and industry can combine their particular strengths for the advantage of all,” Omaar adds.