What’s All The Buzz About ‘Deep Nostalgia’ 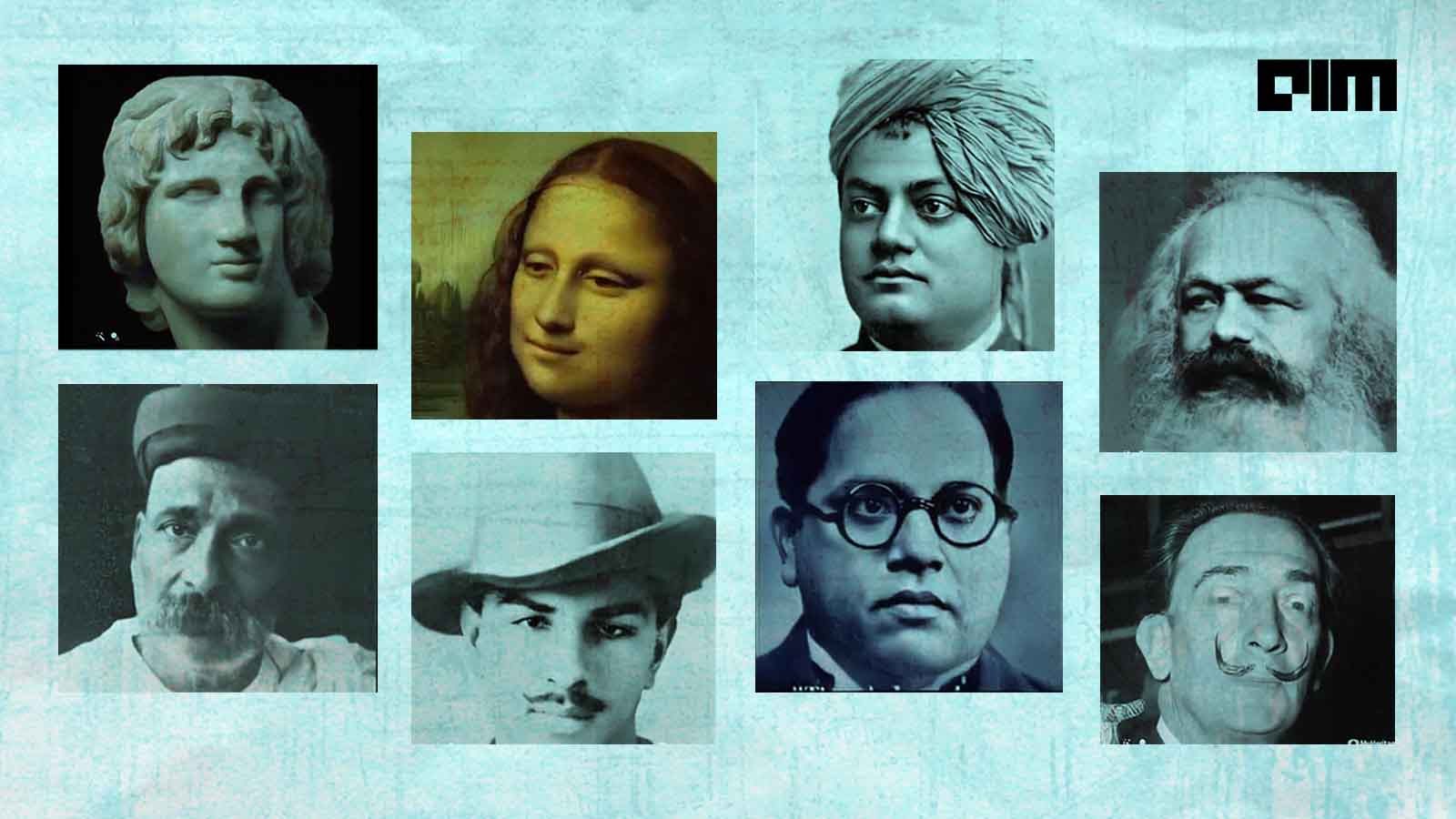 Bhagat Singh, Marie Curie, Charles Darwin, and other historical figures were momentarily ‘brought back to life’ via Deep Nostalgia – an AI tool released by the genealogy website, MyHeritage.

Deep Nostalgia created quite a furore of late, with animated pictures of historical figures running rife in social media. At the time of writing this article, the website was down due to a server overload from the heavy traffic.

How Does Deep Nostalgia Work

Deep Nostalgia uses deep learning algorithms to create animated videos from old images. As per the company’s description: “Each driver is a video consisting of a fixed sequence of movements and gestures. Deep Nostalgia can very accurately apply the drivers to a face in your still photo, creating a short video that you can share with your friends and family. The driver guides the movements in the animation so you can see your ancestors smile, blink, and turn their heads.”

MyHeritage developed the tool in partnership with an Israeli company, D-ID. Earlier, D-ID had developed a product called Live Portrait to animate still photos. D-ID’s algorithms have crossed the uncanny valley barrier and can bring great value to the media and entertainment market, the company has claimed.

However, Deep Nostalgia has a set of limitations. For instance, if an image has more than one person, the animation works only on one face. Currently, the animations are limited to the head, face, and neck.

For some, Deep Nostalgia is a medium to bring them closer to the dear departed, much like a seance. For others, it’s a pure joy ride, with celebrities and historical figures blinking, smiling and shaking their heads away in gay abandon. The service is free as of now. But sceptics believe there is more to it than meets the eye.

In the FAQ section, MyHeritage has said: “Some people love the Deep Nostalgia feature and consider it magical, while others find it creepy and dislike it.” The company said the speech element was not added on purpose fearing misuse. However, in a video advertisement for their website, MyHeritage released (on February 11) an animation of former US president Abraham Lincoln with audio.

For now, it’s easy to tell the animated pictures are not original footage. But as deep fake technology advances, the video quality will improve, making it increasingly difficult to separate the wheat from the chaff.

Further, DNA and heritage tracking companies such as MyHeritage have long been criticised over privacy issues. Earlier, a similar company, 23andMe, received $300 million from pharmaceutical company GlaxoSmithKline for giving it access to data from former’s DNA kits.

Deepfake technology has gained massive notoriety over the years. Even world leaders such as former US Presidents Donald Trump and Barack Obama, and Russian President Vladimir Putin have not been spared. To control the amount of damage such falsified videos can cause, social media companies such as Facebook and Twitter banned deep fakes in 2020.

Recently, deepfake videos of actor Tom Cruise made headlines. The actor was seen golfing, cracking jokes, and performing magic tricks in a series of videos. And at first glance, people could actually get fooled into thinking it’s the real Tom Cruise.

Manipulated media have become a plague of our times. Though social media giants like Twitter and Facebook took efforts to label media as manipulated in many countries going through turbulent times, the damage control measure failed to check the snowball effect of misinformation, leading to a chain of untoward events causing physical, mental and psychological harm to a lot of people. Technologies like Deep Nostalgia can be misused for harassment, fraud, radicalisation, astroturfing or spam. Or in the case of Facebook’s ‘10 Year Challenge’, it could be a ruse to collect more targeted training data to feed their AI/ML models to advance facial recognition technology.