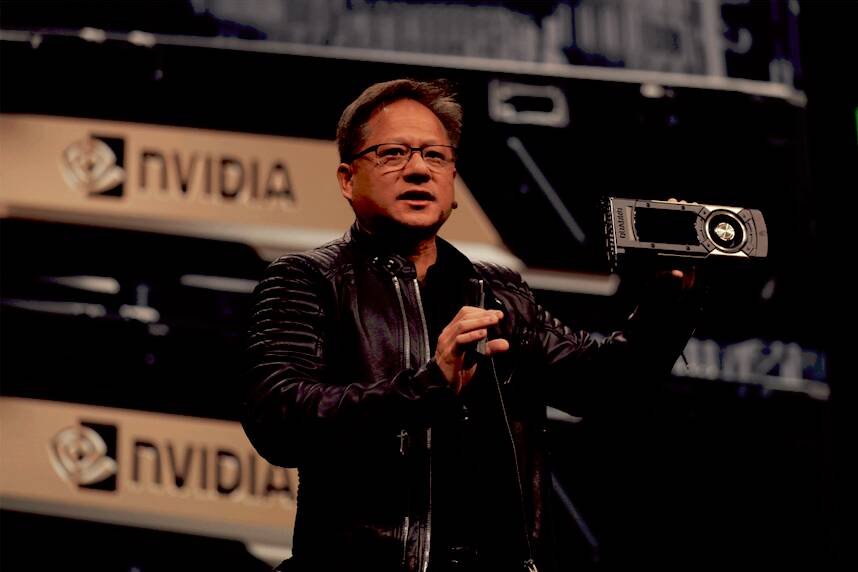 NVIDIA announced a positive first-quarter earnings report recently. Talking about the non-GAAP financial details, NVIDIA said the company had a positive Q1 amid the very challenging period caused by the global pandemic.

Jensen Huang, Founder, President and Chief Executive Officer along with Colette Kress, Executive Vice President and Chief Financial Officer of NVIDIA talked about what went right for the company despite the challenging times. Contrary to expectations from analysts, NVIDIA did not face many supply chain disruptions, which could be damaging to a hardware company. Plus, its computing led products found growing demand because of the work from home scenario.

NVIDIA’s Q1 revenue of $3.08 billion is 39% higher year-on-year, and down 1% if compared to the previous quarterly report. NVIDIA said its positive outlook is reflected in its data centre and gaming platforms, which have done well despite slowing economic conditions.

NVIDIA Made Decent Gaming Revenue Due To Lockdown Boost

If you look at gaming, the company’s revenue was $1.34 billion, which is 27% higher year-on-year but down 10% from the previous quarter. “We are pleased with the results that exceeded expectations in the quarter, which is marked by the unprecedented challenge of the COVID-19.”

According to NVIDIA, as the virus spread worldwide, the majority of the working population started working and learning from home and here gameplay also surged. “Globally, we have seen a 50% rise in gaming hours played on our GeForce platform-driven both by more people playing and more gameplay per user,” said Colette.

Gaming laptops revenue for the company also drove higher to its fastest year-on-year growth in six quarters. In early April, NVIDIA’s OEM partners declared a new 100 NVIDIA GeForce enabled laptops with availability beginning in Q1 and the most to ship in Q2. These laptops are the first to utilise high-end NVIDIA GeForce RTX 2080 SUPER and 2070 SUPER GPUs. In addition, OEMs are delivering to market laptops based on the RTX 2060 GPU at just $999, a price that allows a wider user base to benefit from the features of RTX including its unique ray tracing and AI abilities.

“These launches are well-timed as mobile and remote computing needs are accelerating,” said Colette. NVIDIA also partnered with Microsoft and Mojang to bring RTX ray tracing to Minecraft, one of the most popular online games played by over 100 million gamers monthly and over 100 billion total views on YouTube.

“The importance and momentum of our RTX GPUs continue to grow. Our RTX tech stands apart not only with our 2-year lead in ray tracing but with its use of artificial intelligence to speed up and improve games using the Tensor Core silicon on our RTX-class GPUs,” added Colette.

Coming to the data centre, NVIDIA’s Q1 revenue was a “record $1.14 billion”, up 80% year-on-year and rose 18% from the previous quarter, surpassing the $1 billion mark for the first time.

At the centre of the record revenue is NVIDIA’s A100 — the first Ampere architecture GPU. Even though it had been announced recently, A100 is in full production and contributed positively to Q1 revenue as the demand is strong. “Overall, data centre demand was solid throughout the quarter. The demand is also broad-based across hyperscale and vertical industry customers and workloads, including training, inference and high-performance computing. The A100 gives the biggest leap in performance to date over our eight generations of GPUs boosting performance by up to 20 times over its predecessor,” said Kress.

Beyond its leap performance, the A100 brings new elastic computing technologies that make it possible to bring right-size computing power to every job, A multi-instance GPU capability allows each A100 to be partitioned into as many as seven smaller GPU instances.

According to NVIDIA, the A100 will be deployed by the most leading cloud service providers and system builders, including Alibaba Cloud, Amazon Web Services, Dell Technologies, Baidu Cloud, Google Cloud Platform, Microsoft Azure, among others.

NVIDIA completed the acquisition of Mellanox on April 27th, making Mellanox NVIDIA’s networking brand and business unit and is reported as part of its data centre market platform.

“The new NVIDIA has a much bigger footprint in data centre computing, end-to-end and full-stack expertise in data centre architectures and enormous scale to accelerate innovations. NVIDIA and Mellanox are an ideal combination and put us for the major forces shaping the IT industry now, data centre scale computing and AI, ” said Jensen.

Moving to Pro Visualization, NVIDIA’s revenue stood at $307 million, up 15% year-on-year and down 7% from the previous quarter. Year-on-year revenue growth sped up in Q1, led by laptop workstations. “We are witnessing continued momentum in our ecosystem for RTX ray tracing. We now have RTX support for all big rendering visualisation and design software packages, including  Dassault’s CATIA, Pixar’s RenderMan, Autodesk Maya, Chaos Group’s V-Ray and many others. Plus, Autodesk has stated that the latest release of VRED, its automotive 3D visualisation software, supports NVIDIA RTX GPUs.

When it came to automotive and robotic autonomous machines, NVIDIA’s automotive revenue was down $155 million, 7% lower year-on-year and down 5% from the previous quarter. According to NVIDIA, the automotive industry is seeing a large impact from the COVID-19 pandemic the company expects that its revenue in the second quarter will be impacted as well, likely coming down about 40% from Q1.