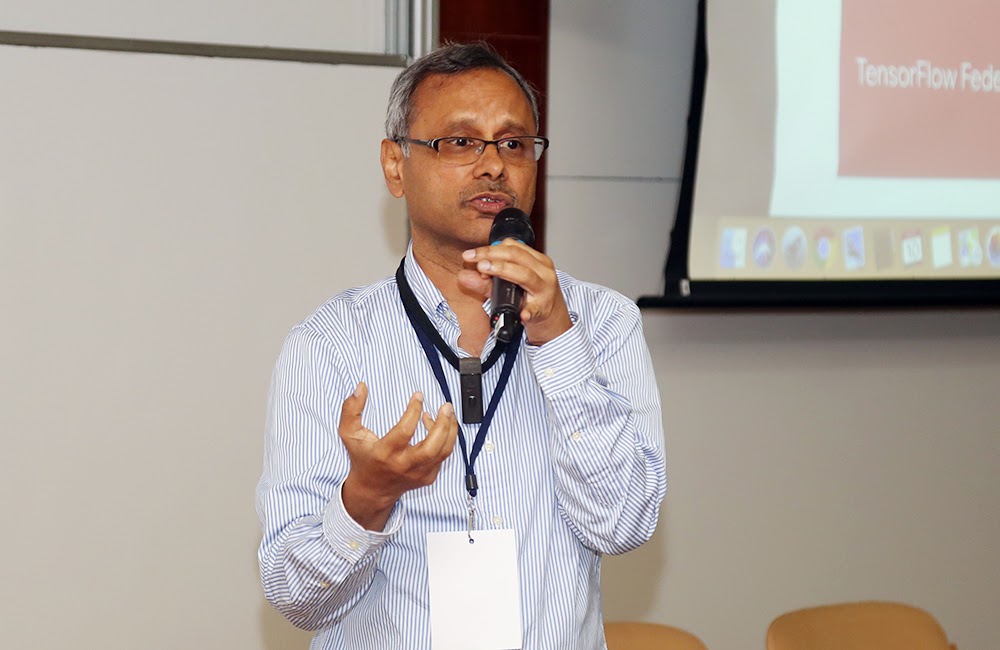 For many years now, Google has been advancing applications in fields like Machine Learning, Natural Language Understanding, Computer Vision, Software Engineering and Multi-agent Systems. To take this to the next level, Google started an AI lab in Bangalore, with two core pillars. First, improving fundamental computer science and AI research by developing a strong team and partnering with the research community across India. Second, utilising this research to solve big problems across various fields.

Google Research India works on fundamental principles of robustness, explainability, the fairness of AI methods and application of machine learning to solve significant problems. Google Research is working in areas including healthcare, agriculture and education, and also enhancing its apps and services like search, assistant and payments, e.g., to deal with difficulties starting out of the huge variety of languages in India.

Google Research India is led by Dr Manish Gupta, a renowned computer scientist and ACM Fellow with a background in deep learning across video analysis and education, compilers and computer systems.

Speaking at  Vision Summit 2020 from India Electronics and Semiconductor Association (IESA), Manish Gupta shared insights into the work Google Research is doing in India within artificial intelligence. According to Manish, AI can play a great role in the transformation of the country, and with this in mind, Google established a new research lab. “We were driven by the kinds of problems that we see and we wanted to achieve solutions to those problems through our research in artificial intelligence”.

Google Research classifies its work in AI across different categories, and not based on any existing Google products. One area is healthcare where the company’s research unit is trying to create new opportunities, and the other is AI for social good where instead of working with Google product groups, the India research unit works with NGOs and asks what some of the biggest problems that the non-profits are dealing with and see if AI can be applied to make a difference.

One example of an NGO is ARMMAN, which works for improvement in maternal and child health by delivering voice messages, notifications to expecting mothers, tips to watch out and eat better as part of its operations.

“Close to 50% ends up dropping in the program, and here we use AI to predict the risk of expectant mothers dropping out of healthcare programs, to achieve enhanced targeted interventions and improve positive healthcare results for mothers and their babies.  The AI we have developed with IIT Madras works on real data that has been  shared.”

One critical aspect that Google AI research is focusing on India is transforming healthcare using artificial intelligence. While the western countries are struggling with rapidly rising health care costs, India’s per capita expenditure on healthcare is very low due to inadequate healthcare infrastructure. Google Research is focused on delivering value to millions of Indians to lower the need for excessive need for healthcare budgets. Google research is using and making AI models for preventative measures so quality healthcare infrastructure can be achieved but with minimal costs, something the nation is desperate for.

For example, Manish Gupta said that Google research wants to prevent progression of multiple diseases such as diabetic retinopathy and cardiovascular diseases using AI models. Here additional intelligence can play a great role in helping with screening and detecting potential disease ahead of time.

Diabetes is a major health crisis in India, and many complexities can arise from diabetes, including diabetic retinopathy (DR) which is one of the foremost reasons for preventable blindness in people. India lacks more than 100,000 eye doctors, and merely 6 million out of 72 million people with diabetes are screened for diabetic retinopathy. Even when it is done, the process is manual where doctors look for the signs for haemorrhage in the image.

“With things like wearable devices, mobiles and cameras, it is now possible to convert a whole bunch of data on and analyse things like temperature blood pressure sleep pattern on stress levels environment and start to build risk models for what diseases people are at risk for engineered early warnings and interventions in a timely manner for better outcomes of individual,” said Manish.

Google Research India has also been working to predict floods in India, told Manish. Last year, Google launched its flood forecasting pilot project in the Patna area of India, with the purpose of producing accurate real-time flood forecasting knowledge and warnings to those in concerned districts.

This has been made feasible through AI and physics-based modelling, which include data from historical flooding incidents, river water levels, terrain and elevation data. The Google team creates high-resolution elevation maps and operates up to hundreds of thousands of simulations in each location.

“With the information gathered through the research team’s partnership with Indian Central Water Commission, it generated river flood forecasting models which can more precisely predict not only when and where a flood might happen, but the severity of the flooding event” Manish stated.

During this monsoon, its some-risk recall metric was about 95%, meaning that the large majority of impacted regions were accurately predicted to have flooding events. At the same time, the research team’s high-risk precision was about 75%, which means that people who received a high-risk warning were indeed very likely to be affected.

Manish further said that another important focus area of research for the Bangalore lab is using privacy-focused innovation to access local data and learning from millions of people. Google collects data in a federated manner, sharing certain parameters/gradients of the algorithm for a technique known as federated learning, he said on a concluding note.