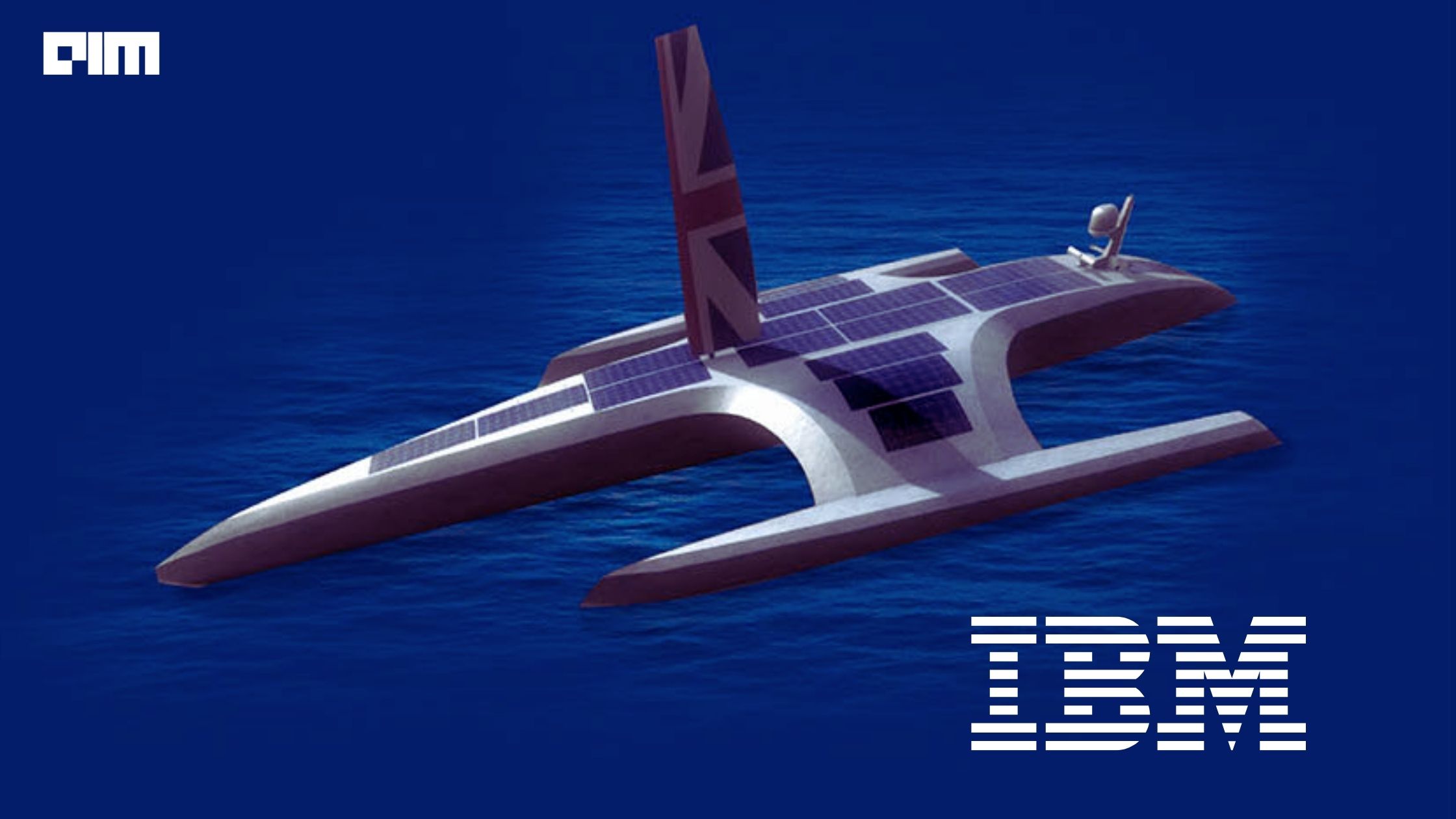 If autonomous cars and trucks have been making the headlines, IBM recently took over the spotlight with its Mayflower Autonomous Ship or MAS. Launched in September last year, the MAS is a maritime research vessel co-engineered by IBM and ProMare.

To commemorate the 400th anniversary of the historic English ship Mayflower, after which MAS is named, the autonomous ship will repeat the former’s trans-Atlantic voyage. An artificial intelligent Captain will direct the crewless autonomous ship. That is, it will be making navigation decisions with the help of explainable AI models.

According to IBM’s Journey to AI Blog, MAS will be collecting live ocean data to deliver research and inform policies for climate change and marine conservation.

Ever since the 1980s, the ocean is known to have absorbed 90 per cent of the excess heat generated due to global warming. This poses a significant threat to both marine life and life above the sea. Therefore, the very first step to be taken towards protecting the ocean and its life involves understanding the ecosystem and gathering as much data about it as possible. However, this involves massive investment — monetary, time and human capital.

This is where MAS steps in. It reduces the pressure on both financial and human resources by involving the use of data and analytics to navigate the ocean. All this while regarding the maritime laws and promoting to gather actionable insights. How?

A usual ocean research expedition involves as many as 100 scientists on board and can last up to six weeks, of which only one week is spent doing the actual research; the rest involves travelling to and fro destinations and managing exceptions, owing to bad weather or turmoil in the sea. Additionally, the research process is costly, and the extent of data collected is limited to the reach of the researchers.

MAS is equipped with three layers of technology — sensory inputs, real-time machine learning and analytics, and a decision engine. Engineers used petabytes of data to train the machine learning model. The decision engine is suited with ruled-based decision making, allowing the ship to navigate the ocean with no human intervention. MAS reroutes itself around harsh weather conditions and collects and analyses ocean data round the clock. Although MAS makes crucial decisions in split seconds, it adheres to all maritime laws.

Equipped with solar-powered vessels, MAS remarkably cuts down on the time and costs of hiring scientists. The autonomous ship travels to collect data from the remotest and dangerous realms of the ocean. Scientists and researchers stationed on land download the live data and images synced to the cloud. MAS is armed with an electronic tongue called the HyperTaste to detect data, including ocean chemistry or whale songs.

The autonomous ship also has AI-powered sensors used to analyse the data collected to help scientists derive insights at a much higher speed.

MAS’s AI Captain is equipped with:

The rule-based decision-making system in the ODM validates and corrects the Captain’s actions. Additionally, a log tracks the initial conditions fed into the ODM, its path through the decision forest, and the ultimate outcomes. Decision optimisation through CPLEX on IBM Cloud Pak for Data helps in the decision-making process of the ship. Before considering a decision, it notes the nature of the obstacle, its size, speech and direction; weather; and the remaining power of the batteries.

Post the mission, researchers store the data, enhance its quality by applying governance rules, and ultimately analyse it to extract actionable insights.