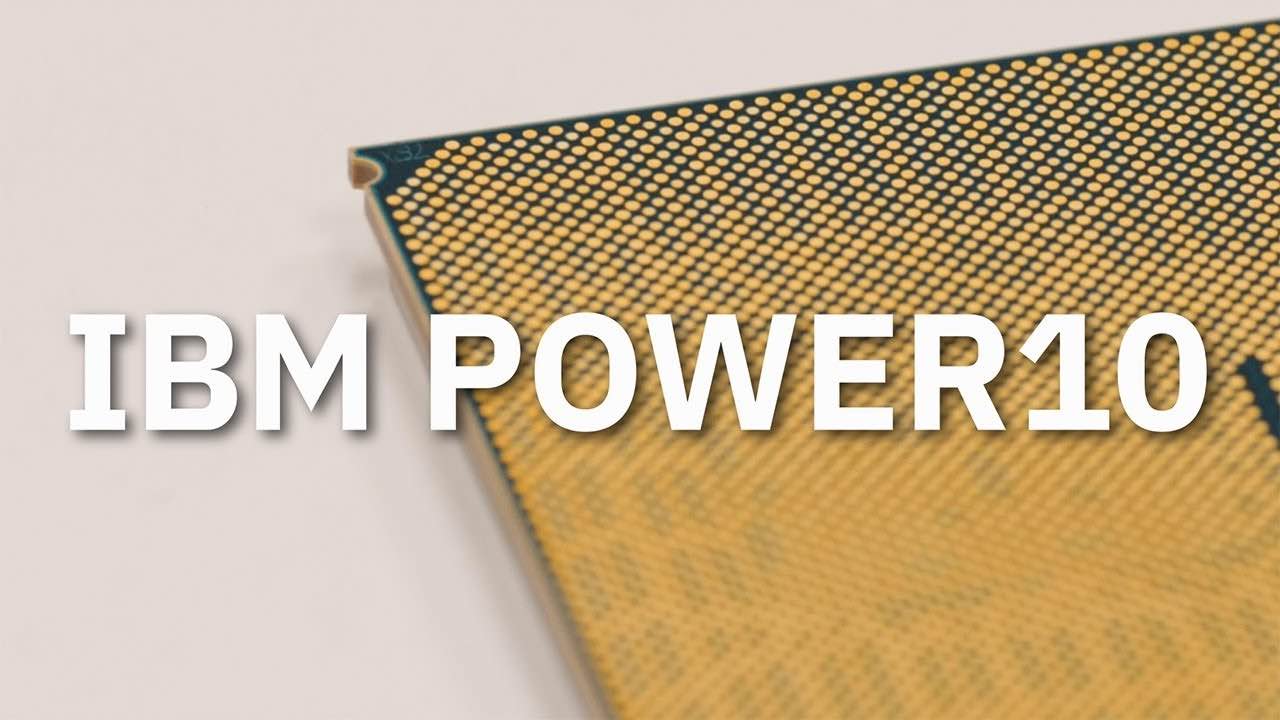 IBM recently launched the next generation of its IBM Power central processing unit (CPU) family — IBM Power10. The new CPU is built to provide a platform to meet the specific requirements of the enterprise hybrid cloud computing ecosystem.

Beginning as an IBM research project in the 1970s, IBM Power CPUs have been used across the enterprises including the world’s largest banks, retailers and healthcare systems that rely on IBM Power to power their business. Now, Power brings its legacy of innovations to the hybrid cloud with the launch of IBM Power10 to meet the needs of enterprise cloud computing environments.

What Makes IBM Power10 Unique From Its Predecessors

First is energy efficiency: IBM Power10 is IBM’s first seven-nanometer processor, and it delivers three times greater energy efficiency and capacity— allowing for higher performance and more work. For this, the IBM Power10 processor utilises a design that is centred on energy optimisation and performance in a 7nm form factor estimated to give up to 3x greater processor energy efficiency, container density and workload capacity, than the previous generation — IBM Power9 processor. This can help multiple datacenters attributes to stimulate higher efficiency and decrease costs — such as space and energy use — while at the same time, enabling hybrid cloud users to manage more workloads in a smaller footprint.

Second is scalability: IBM has made more memory available in the cloud with a significant breakthrough in IBM Power10 called Memory Inception. This technology clusters physical memory across a pool of systems, where any of the systems in the pool can access the entire pooled memory— up to multi-petabyte memory clusters. This feature allows businesses to reduce their costs on the cloud for memory-intensive workloads.

According to IBM, Power10 has been produced over five years, and the company has registered hundreds of new and pending patents on the proprietary design. The new chip processor is a crucial evolution in IBM’s roadmap for the Power product line and heralds compute-intensive systems based on the state of the art 7nm form factor.

The New Processor Core Architectures inside IBM Power10 processor has an embedded Matrix Math Accelerator and is extrapolated to produce 10x, 15x and 20x quicker AI inference for FP32, BFloat16 and INT8 calculations per socket apiece than the IBM Power9 processor to infuse AI into enterprise applications and stimulate more significant analytical insights.

“Enterprise-grade hybrid clouds need a robust on-premises and off-site architecture which is inclusive of hardware and co-optimised software,” stated Stephen Leonard, General Manager of IBM Cognitive Systems in a statement.

IBM Power systems are typically considered more secure than systems from other vendors, which is why a large number of banks use them. Now the company is adding further security capabilities such as transparent memory encryption planned to support end-to-end security. The IBM Power10 processor is intended to achieve significantly more accelerated encryption performance with 4x the number of AES encryption engines per core in comparison to IBM Power9 for the most critical standards. It is expected to have future cryptographic standards like quantum-safe cryptography and completely homomorphic encryption. The new capabilities also bring improvements for container security.

Moreover, to address the latest cybersecurity issues related to the higher density of containers, IBM Power10 will give new hardware-enforced container safeguard and isolation capabilities. This means that if a container were to be jeopardised, the Power10 processor design would block other containers in the same IBM Virtual Machine (VM) from being attacked by the same intrusion. Also, to deal with new app vulnerabilities in real-time, Power10 has dynamic execution register control.

IBM Systems which utilised Power10 are estimated to be available in the second half of next year. IBM Research has been collaborating with Samsung Electronics on research and development for more than ten years for its development.