Why AI Needs You 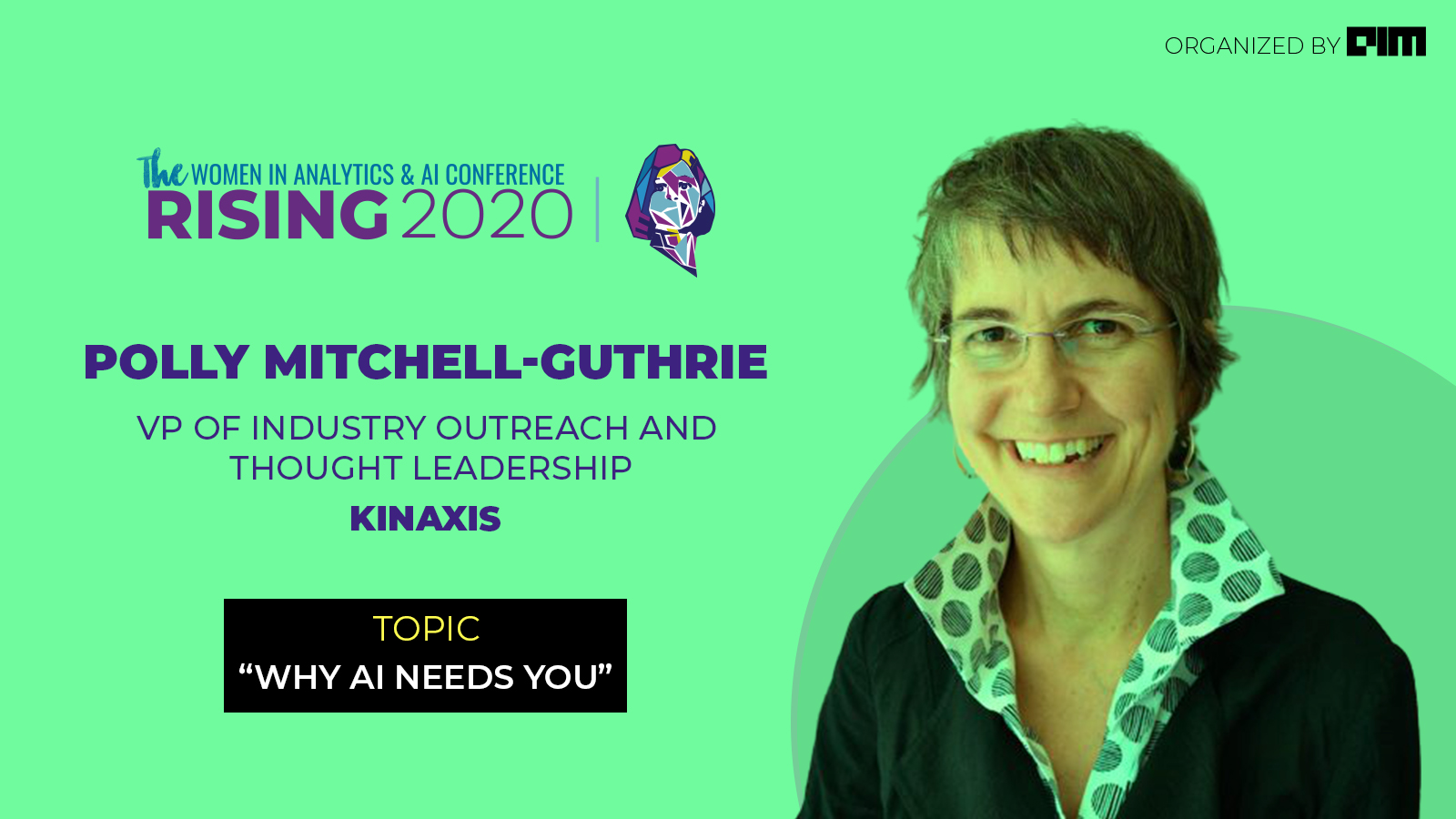 The second talk of the Women in AI Conference, The Rising was presented by Polly Mitchell-Guthrie, who is the VP of Industry Outreach and Thought Leadership at Kinaxis.

The topic of the session is “Why AI Needs You.”  Polly started the session by discussing the need for AI in organisations, its importance in business and career goals. She further discussed the reasons why AI is also relying on humans during any process.

Polly mentioned that according to Gartner, by the end of 2024, 75 per cent of organisations will shift from piloting to operationalising AI and estimated additional global economic impact annually of AI. She stated that this is more than 4X size of the Indian economy added to the world output every year.

Machines are currently unable to generalise well. They make causal inferences and learn from a wide variety of contexts.

As an instance, Polly mentioned the use of artificial intelligence in the supply chain. While manufacturing a car, each and every part has to be fully manufactured. A car has more than 30,000 parts and each part comes from a supplier, where each supplier has a lead time. This raises the question of “How one can predict when the production of the cars can begin?”

Polly discussed that this issue can be solved by implementing AI in the supply chain process, known as Self-Healing Supply Chain model. The process will follow as mentioned below-

However, there are certain scenarios, such as disruption, where these processes are unable to run smoothly. This is where Augment Intelligence plays an important role to maintain the process.

Polly stated that AI and Automation can increase the accuracy and efficiency but a light’s out supply chain fails under disruption. While AI and advanced analytics offer various positive benefits, they can also lead to significant unintended consequences for individuals, organisations and society.

Therefore, one should augment the intelligence of humans instead of eliminating them. According to Polly, empathy, ethics and understanding are the core to conscience and humans should use their conscience to hold the AI accountable.

Talking about the community, Polly discussed that one should not get afraid of putting something up on the table of discussion. She discussed how diverse the AI community pipeline is and yet there is a lack of women working in the AI community.