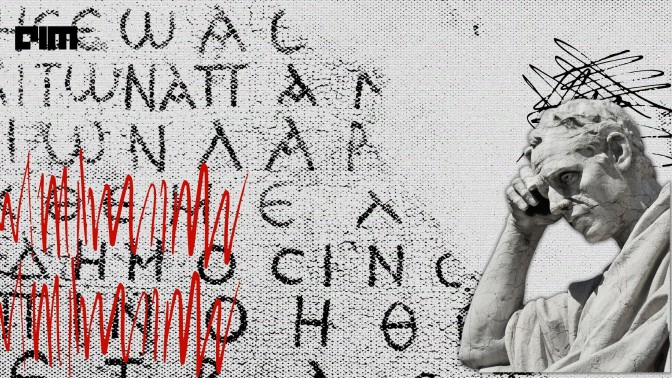 Artificial intelligence and machine learning jobs are among the most sought after by both freshers and experienced candidates. Seemingly glamorous work, the thrill of exploring a (relatively) new domain, a good pay package, and fancy job titles — these are some of the reasons driving this trend.

AI and ML are vast fields and often encompass certain subfields. Some of the more common job titles include machine learning engineers, AI engineers, data analysts, and data scientists. Then there are a few unconventional ones like Intelligence Designer, Data Curator, Digital Knowledge Manager, and Machine Learning Data Scientist. Given how the field is still evolving, one can expect these job titles to diversify further. That said, as seen in other fields, job titles often fail to convey the actual nature of the job.

Job titles are the first ways to represent to others what we do at work. Research shows that job titles can affect mental exhaustion and employee identity. That said, the importance of job titles is controversial, with some believing that they are meaningless and do not really influence career decisions. One can say that this debate also holds true for the field of AI and ML.  AI/ML job titles vary too much, which complicates job searches.

The Curious Case Of Job Titles

AI is a young and rapidly growing field, which means no set rules or standards to name AI jobs properly. Even with the wide menu of titles that already exist, many more jobs are hastily clubbed with vaguely related titles for the lack of proper nomenclature. Various terminologies are associated with the AI discipline. Most frequently, job titles like data scientists and AI experts are the least informative; it would be very difficult to guess what is expected of a candidate at these positions without reading the full job description. AI/ML and data science are overlapping fields.

One can say that both machine learning and data science have components of AI, and hence the core skill set for different new roles are often common. “It is this overlap in the skill and the ability to work with the dataset that is causing the ambiguity in the roles. Over a period of time, we expect that these roles will evolve further, and the level of specialisation will make the distinction more clear,” Pravin Lal, CEO and Founder of Capital Quant Solutions, explains.

The ambiguity or vagueness of job titles in these fields may also result from the penetration of these technologies into both IT and several non-IT fields. “On many occasions, AI, ML, Data Modeling, Data Science are used interchangeably in different spheres creating an ambiguity of roles. Most research reports emphasise that current job opportunities in AI/ML are created in non-IT sectors like Banking, Marketing, Sales, Retail, and many other industries creating ambiguity in the naming conventions as these non-IT divisions are adding their flavours and conventions while creating job descriptions, thus, having a compounding effect on prevailing ambiguity in assigning job titles,” Bhavesh Goswami, Founder & CEO, CloudThat says.

Many times, employers may voluntarily keep the titles more generic, given the multidisciplinary nature that involves the use of statistics, mathematics, software engineering, neural networks, analytics, and visualisation, among others.

“Like any other field, there will be a need for specialists who come in with a very strong foundation in one or two areas as well as several generalists who would not only have a good understanding of the several aspects involved but also will be flexible enough to respond to the varying needs of projects. As this field continues to evolve, job titles are not likely to always be a good indicator of what is needed for the related roles. However, a good job description detailing the key technical skills needed to be successful in that role would often be adequate to inform job seekers of the type of work that is likely to be expected in the short term, with the clear understanding that the expectations from the same role within the firm will continue to evolve over time,” opines Satya Prakash Ranjan, Head of Analytics, Research and Data, Fidelity Investments India.

How Does It Affect Employees?

Often, a mismatch between the projected job role and the actual work may leave employees disappointed. This is especially true for freshers who come from the academic side of things and may be disillusioned about the actual work a particular job role entails. Combining this with a poor job description may leave the employee dissatisfied much early in their career. “I have seen so many companies and candidates getting disappointed, leading to high attrition rates in early careers. Both sides need to align aspirations with reality. Standardisation is key to the process, but it is still early, and the landscape is changing fast. The things that were considered quite advanced a few years back are common currency today. Educators, industry bodies and leaders must lead the standardisation process,” says Dipyaman Sanyal, Head of Academics and Learning at Hero Vired.

“Job titles define the role and structure of an organisation. Most organisations have their own nomenclature to define the career progression of a candidate. Creating robust job descriptions that define the requirements of the role can help employees to understand the expectation from them,” says Padmini Giri, Associate Vice President – Talent Acquisition, GlobalLogic.

Echoing a similar opinion, Lal of Capital Quant Solutions says, “It is important to define the expectations clearly at the time of recruitment with examples of work packets that the incumbent is expected to focus on so that when one starts the work in an organisation, there is no expectation mismatch leading to disappointment. When we interview candidates many times, we find them use these terms loosely, and the understanding is not clear in their minds. We make it a point to give examples of work packets that they would be focusing on to bring in clarity.”

Having vagueness in job titles might not be entirely disadvantageous as believed. Nikhil Barshikar, Founder of Imarticus Learning, believes that not having a job title in some cases can be very liberating, especially for individuals with multiple skillsets, that in turn, don’t restrict them. “The inexistence of a psychological limitation might prove beneficial for learning outcomes and might help employees to explore untapped potential. This idea appears to be more functional in creative fields and might not work as well in the corporate world,” he adds.

As mentioned above, AI and ML are continuously growing fields, and the problem of ambiguous job titles is unlikely to be solved overnight. The onus is on the recruiters to be as upfront as possible about the expectations right at the beginning.

What’s in a name? Titles in the emerging analytics space