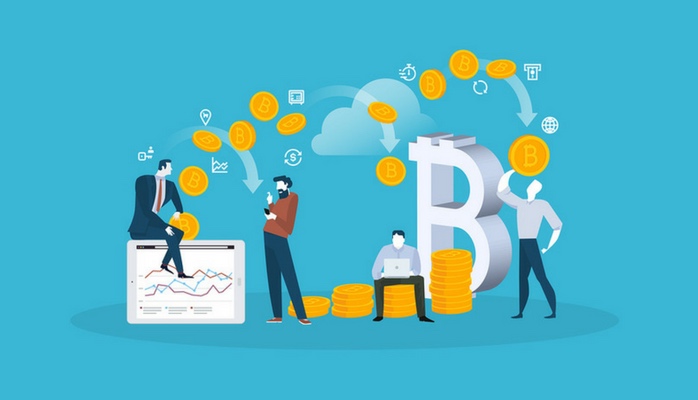 Blockchain engineers make a lot of money. Despite the fall in the price of cryptocurrencies and flattening of the hype cycle in blockchain, the career path has remained lucrative. We see a consistent and steady trend in job postings on LinkedIn and other platforms.

As per hiring and recruitment platforms, on a global level blockchain developer and engineering salaries go anywhere from $75,000 to $200,000. As per Hired, the average salary of Blockchain experts lies between $150,000 and $175,000 per year in the Silicon Valley whereas Glassdoor specifies $94,000 as the US national average for a blockchain developer. When it comes to the domestic market, research from Analytics India Magazine in association with Jigsaw Academy found that the median blockchain personnel salary in India is INR 14.1 Lakhs, which is slightly less than the median AI salary of INR 14.7 Lakhs.

Even during the pandemic, blockchain jobs have remained steady, and we have seen only a few cases of layoffs across blockchain companies. The demand for blockchain talent has also expanded as big tech companies, such as Facebook, Amazon, and IBM have launched new teams to work on blockchain research and specific products. In this article, we discuss a few reasons that make blockchain salaries high.

The big question is, why do blockchain engineers and developers make good money? The simple answer to high blockchain salaries is that there aren’t many people skilled at blockchain software development and those who can write code for complex applications like smart contracts.

It is to be noted that many blockchain programs handle financial information and even serve as a platform for building cryptocurrency assets. Any bug or vulnerability in the code can render catastrophic outcomes of a blockchain firm.

Additionally, transactions on a blockchain network are typically immutable, and therefore developers must write correct code without any bugs. Other factors that make blockchains skills scarce is blockchain software architecture isn’t taught at schools and colleges. There are only a few schools and open-source resources which developers can access to train themselves.

The factors mentioned above makes it easy for blockchain developers to make hundreds of thousands of dollars. Especially if you are good, economics is in your favour. The demand is outpacing the supply of developers, and if you’re the top-notch senior developer, it won’t be unlikely for them to make more money.

Blockchain Is Ideal To Work Remotely For Silicon Valley

Many surveys have found median blockchain salaries to be above $100,000, but that may be a little misleading. While blockchain developers typically make good money, that’s because we are talking about blockchain hotspots such as Silicon Valley, Singapore, or Switzerland.

If you are working for a domestic company in India, the chances are that you will make far less money than the US counterparts, but, working remotely can play to your advantage. Blockchain deals with distributed computing spread across the globe. The very ethos of blockchain is to move away from centralisation and running distributed nodes and bringing equity for contributors regardless of location.

Blockchain primarily being used for business applications in the banking, finance, and insurance sectors. Since it involves tokens such as cryptocurrencies, it needs to be dealt with appropriately. Since blockchain applications are critical for some financial businesses, they want the best talent. The imbalance in talent availability and requirement makes the job of finding the right talent quite tricky.

At the senior level, the salary for tech roles with blockchain expertise is pretty high. Also, with the increased demand for more layers of software security in blockchain, especially in the financial sector to shield the data from fraud and cyberattacks, salaries get higher. It is to be noted that hackers extensively target the blockchain industry because of the amount of money involved in most distributed ledger projects.

The Complex Job Nature And Need For Multiple Skills

Blockchain engineers specialise in building and implementing solutions for organisations by utilising a unique type of technology. Blockchain technology enables data and information to be distributed publicly via the web without being copied or altered.

Blockchain architects or engineers must be able to analyse a company’s technological needs and create applications to meet those needs. Such requirements can be very complex due to the nascent nature of the technology. It may also involve developing the infrastructure for digital assets that work on distributed networks. This requires in-depth technical knowledge of software engineering and programming languages like Java, C++, Solidity.

Not just that blockchain demands an understanding of data structures, databases and cryptography. However, since this space is so nascent and experienced blockchain developers are tough to find, companies are exploring hiring software developers with some targeted skill sets that can be used in blockchain.