Why are Indian IT Stocks Getting Dumped?

While a weaker Rupee and lower attrition have helped IT companies improve their margins, revenue growth is expected to be weaker in 2023. 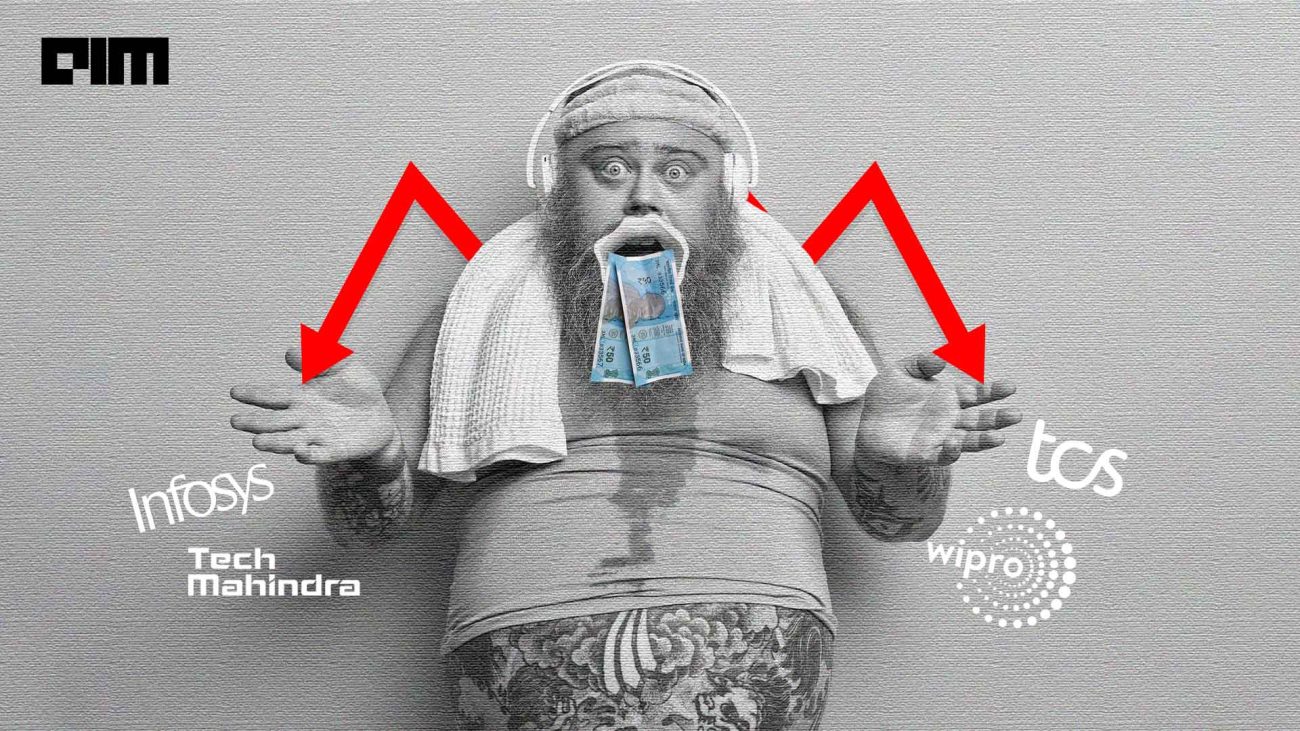 Vivek Bajaj, Cofounder StockEdge, told Analytics India Magazine that IT stocks have been facing the FPI sellout since the beginning of last year. There are concerns about steep valuations, high inflation, and fears of an economic slowdown in developed economies such as the United States and Europe, which could result in less spending on IT transformation.

However, it’s not just Indian IT companies that are facing this stock market slowdown. As per Bajaj, in 2022, while the Nifty IT index fell 26%, the tech-heavy Nasdaq Index in the United States dropped by more than 33%.

But then, the market enthusiasts, who have been following up on the IT sector, are in confusion regarding the uncertainty of IT stocks in the market. In addition, does FPI dumping the IT stocks mean quality issues with IT stocks themselves? Bajaj believes otherwise.

While the FPIs are pessimistic about the near-term prospects of Indian IT, Bajaj believes that this phase provides an excellent opportunity for retail investors to track the entire IT space on a quarterly and year-on-year basis and add stocks for their core, long-term portfolio after each result post-management commentary.

“Investors should know that FPIs are dumping these IT stocks not because of any quality issue, such as poor corporate governance,” said Bajaj.

Due to the IT services industry facing slowed growth due to economic challenges, investors are now cautious with their investments. Higher interest rates and uncertainty in the market are putting pressure on end consumers, which, again, is not the best news for Indian IT companies.

“IT services are seeing a deceleration in growth led by macro headwinds as clients tighten budgets. The increasing rate cycle impacts end consumers and, consequently, the enterprises’ ability to spend,” said Nitin Padmanabhan, analyst, Investec, to Analytics India Magazine. “Spends are now focused on quick RoI, and a lot of customers’ budgets are incrementally being made on a quarterly basis led by the economic uncertainty.”

Furthermore, Damania believes that the Rupee’s depreciation will begin to appear in P/L (profit and loss) statements. In addition, given the recent price corrections, valuations have also become more appealing for investors which will encourage more investment in IT equities.

It should be mentioned that the Rupee (INR) lost roughly 5.25% of its value during the first quarter of FY23, while the USD gained 5.5%. As a result, top-line growth across all IT companies increased by nearly 1%. For IT companies, a 100-basis-point decline in the value of the Rupee against the Dollar often results in a 30-basis-point increase in operating profit.

On the other hand, as per Bajaj, while a weaker rupee and lower attrition have helped IT companies improve their margins, revenue growth is expected to be weaker in 2023 as most IT companies have revised their growth guidance accordingly.

This could lead to a contraction in the P/E (price-earnings ratio) multiples—the ratio of a company’s share price to the company’s earnings per share—of these IT stocks.

“These IT stocks provided a stellar return between March 2020 to the end of 2021 as the COVID-19 pandemic prompted widespread digital transformation across industries, fuelled by the strong earnings posted by IT companies,” said Bajaj.

The overall growth for the top tier names can come down to 6–7% in FY24, leading to a contraction in P/E multiples. “We could see some signs of stability and improvement post 2–3 quarters. By then, stocks could be available at much better entry points”, said Padmanabhan.

However, to reiterate, once the industry challenges have disappeared, companies with a strong pipeline of new contracts and those that witnessed no change in client expenditure in important geographies would experience phenomenal growth.