Why Are These Russian Cows Wearing VR Headsets? ﻿ 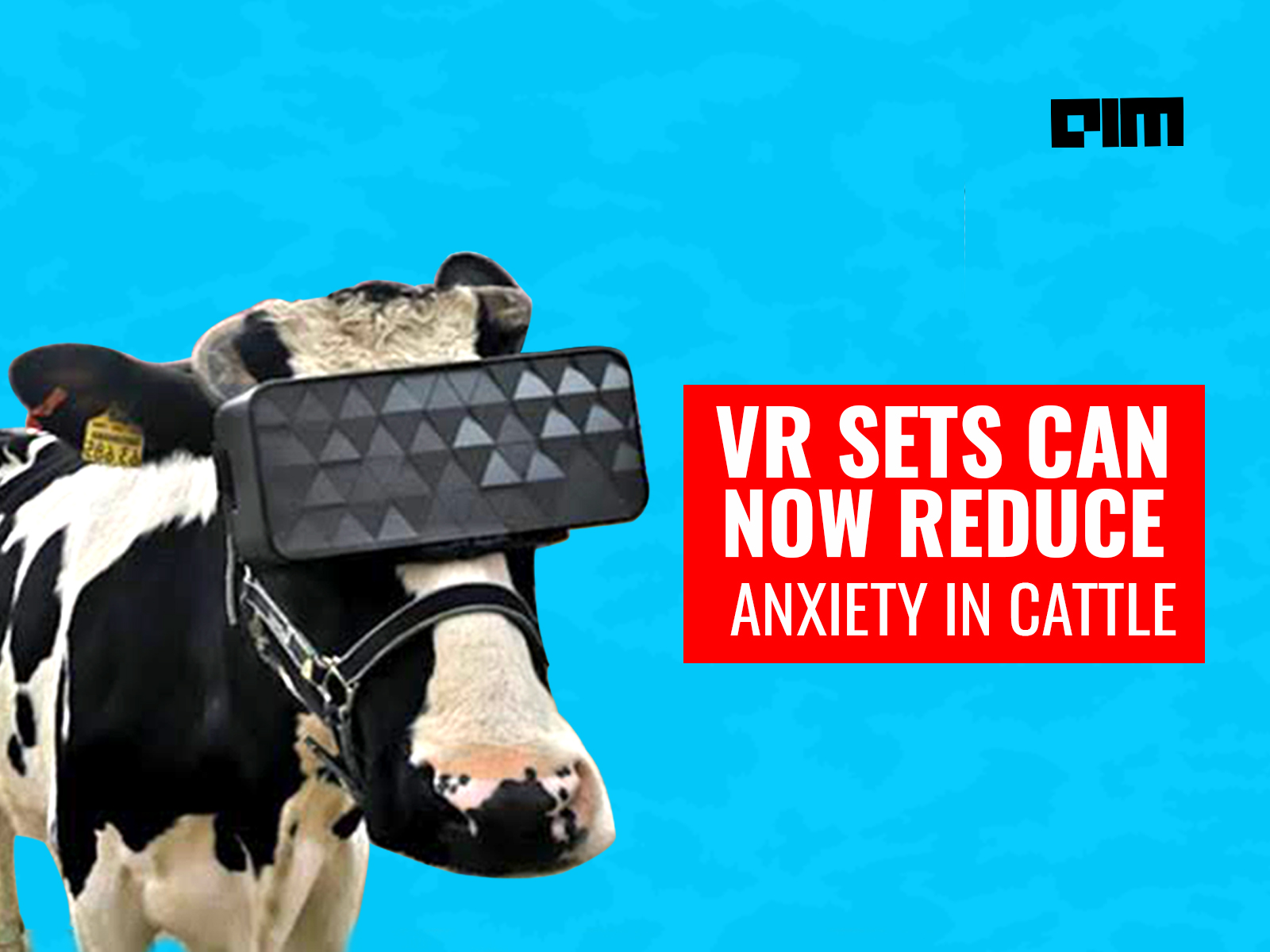 “Russian milk producers are ready to offer the market new and unexpected solutions.” This bold proclamation can be seen in the press release from the Ministry of Agriculture and Food of the Moscow Region about their experiment on cows wearing a VR Headsets.

New? Not so much. Unexpected? Definitely. We mean, in India we have only seen 12-digit UID ear tag on a cow called Pashu Adhaar, and VR headset seems like a far-fetched idea for us. That is, till now.

The statement shared by the Moscow Region authorities (translated for us by Google) says that the Russian milk producers want to make use of the technological advances like VR to counter the pressing problems on milk production.

The question is, how fitting is a VR on cow and how on earth will it help in better milk production?

The bovine population in Russia is affected by extreme weather conditions. Call it ‘Winter Blues’ if you will, but the environmental conditions affect the cow’s health and its mental state which is also a factor when it comes to the quality and quantity of the milk produced.

So, along with the cow’s physical well-being, its mental well-being is also kept in check. Besides this isn’t the first time experiments have been done on animals to increase productivity, the agricultural industry has always been adamant about using technology.

The Ministry of Agriculture and Food of the Moscow Region claims the farmers didn’t only work with the vets but also with the specialists in the field of IT to ‘create a unique software simulating a summer field’ relying on cattle-vision research. The release says that the first test with VR headsets showed ‘a decrease in anxiety and an increase in the overall emotional mood of the herd.’ As for the second stage of the experiment, the researchers are going to test the milk production.

In fact, this isn’t the first time Russia has taken a step towards the animal emotional well-being. In 2013, Krasnoyarsk, Siberia, reported something that they deemed as an ‘ideal audio protocol’. There was this regime that they settled on; the Bovines had to listen to Tchaikovsky while grazing, 1980s pop and contemporary instrumental while milking and Mozart while sleeping to ensure better production and less anxiety.

The developers specially created the VR goggles with inputs from the veterinarians. The design had to consider the structural features of its head. The major point regarding the design was the cow’s vision. For example, cows have a higher perception of the colour red, but a weaker perception of colours blue and green.

Lost in the ‘Mootrix’: Red or the blue pill?- A cow is wearing its personalised Virtual Reality Device.

How Other Countries Are Doing It

It’s not only Russia that has been working on the emotional well-being of the animals. In fact, farmers in countries like the US have installed automatically rotating brushes in cow stalls, which act as an alternative to massaging them and Europe uses robotic systems to ensure maximum free movement of livestock on the farm. As for India, there doesn’t seem a need for VR goggles for our Cows, but one can make use of this kind of technology if needed.

The social media was having a blast when the picture of the cow wearing the VR surfaced on the social platforms. Some are making fun after saying, “We all know this is the Cow Matrix” referring to the movie, The Matrix.

Scotland: There was also the time they used facial recognition on pigs. Facial recognition was used to ‘assess the emotional state of pigs’ by Scotland’s Rural College. The adult female pigs suffering from lameness could benefit if different facial expressions are seen to show pain before and after being given medication.

US: And here’s something that will make the idea of VR fitted on cows not so surprising —

Second Livestock: The purpose of the second livestock, put simply, was to ‘maybe help chickens play second life’ through Virtual Reality goggles (hey vegans!) before we kill and eat them. The idea of The Second Livestock went viral when Iowa State’s local paper picked it up.

Russia continues experiments for a better way to take advantage of technology for Agriculture as well as Animal Husbandry. In this case, it was making use of a Virtual Reality device to enhance the emotional health for its animals to address the pressing matter of milk production. The Ministry did say the further comprehensive study will show the impact of VR glasses. But, if this study pays off, the modern technology and Animal Husbandry will extend this type of applications onto other animals. Who knows? Soon we might see a herd of sheep roaming around a field in a VR device or hooked on iPods shaking their heads to beats by Dre.