Why can’t we have a 50: 50 gender ratio in the corporate world, asks dunnhumby’s Manoj Madhusudanan

Gender diversity is not just a woman’s issue, it affects men as well, he said. 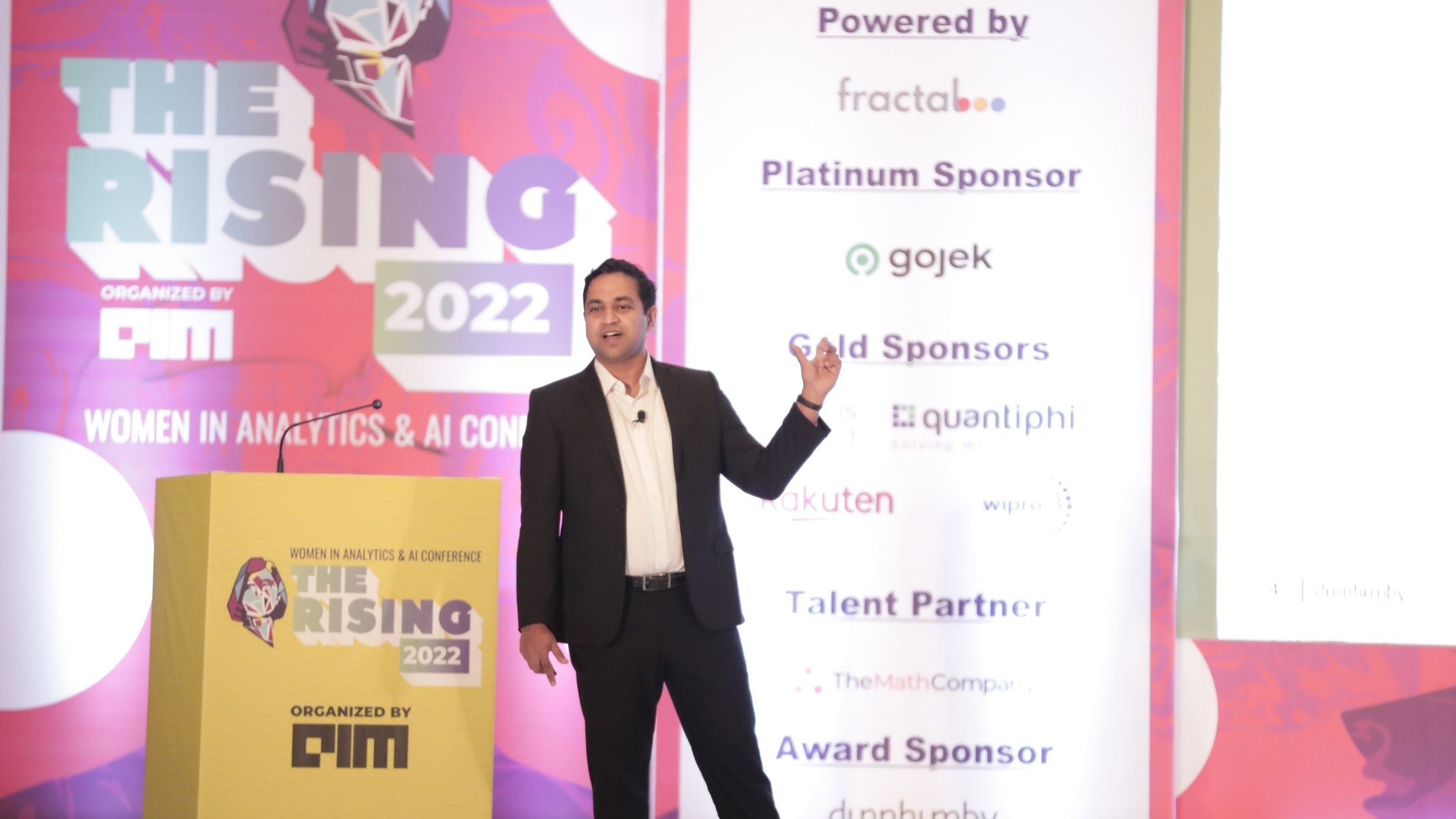 “It’s a world mostly designed for men,” said Manoj Madhusudanan, head of dunnhumby India, during his keynote address on ‘Importance of Gender Diversity in AI’ at Analytics India Magazine’s Women In AI Conference: The Rising 2022. According to a McKinsey report, firms with greater gender diversity outperform competitors in profitability by up to 21%. AI is a space where this is particularly relevant. Gender diversity is not just a woman’s issue, it affects men as well, he added.

“If you remember, smartphones used to be very small before. Then, came the craze for bigger phones. Now, the average size of the smartphone is 5.5 inches. An average man can hold the smartphone comfortably in his hand, but an average woman’s hand is just about the same size as the handset. It has not been designed keeping a woman in mind. In the 21st century we are in the world of AI. If you already have a lot of design bias in history, what would happen when you are training these AI systems with those biases and reinforcing those biases further and further,” he said. Madhusudanan pointed to the gender bias in voice assistants, medical devices, and other AI systems.

“When you have a pain in your left arm for a man, it is an immediate signal that you should be taken to the ICU as it can signal towards a heart attack, and this may be a warning sign, But for a woman, because of a gender data gap, these symptoms will be linked to depression and anxiety. The truth is that women are equally prone to heart diseases from these symptoms,” said Madhusudanan.

The three major causes of gender bias in AI systems include:

Data: Madhusudanan highlighted the gender gap in the data used to train AI models. “For example, a lot of health apps use the US military data for underlying training dataset. However, only 6 percent of the US military are women. Where will you find the data for half of the world’s population?” he asked.

AI workforce: Madhusudanan said the right data science interventions can neutralise the impact of bias in data. But there is a huge disparity in the gender ratio working in AI globally. Only 22 per cent of the AI workforce globally are women, as per a report by World Economic Forum. “We have a 50: 50 gender ratio in society. Why can’t we have it in the corporate world as well?” he asked.

AI leadership: “It is even worse when it comes to AI leadership. As per WIRED/ Element AI, only 12 percent of AI researchers are women. Diversity is very important for any research team. We need to have more women entering the AI field,” said Madhusudanan.

Bringing in diversity has to be a measurable goal for a leader, just not a company policy. “We can create a policy saying that we will have a diverse set of people. But how many of you really do that? Do you have it in your CEO’s KPI for that year? If it’s a measurable goal that you are committed to and many aspects of your job depend on fulfilling this KPI, then you will be more proactive towards working on it,”said Madhusudanan.

dunnhumby is supporting XLRI Centre for Gender Equality & Inclusive Leadership (CGEIL) and XLRI for Women (XL4W) on their flagship program called up! SURGE, to propel more women for C-suite roles.

It is important to celebrate the achievements of women. Recently, at the annual Machine Learning Developers Summit 2022, Himali Bhasin – Applied data science manager at dunnhumby, India was named in the 40 Under 40 Data Scientists list.

Madhusudanan has emphasised the importance of STEM education for women. “Organisations can do several things, but we also need to go about and look at the education system as well. We have to support women’s education in STEM. Gender diversity in STEM is a big issue. Only 30 percent of STEM graduates are women. In ICT, it’s only 3 percent. This needs immediate change,” he said.