Why did an E-commerce Website Buy JS Framework Remix?

While it is unusual for an e-commerce company to acquire a web framework, Remix has a strong hold on semi-interactive websites with mostly form-based inputs like blogs and e-commerce sites. 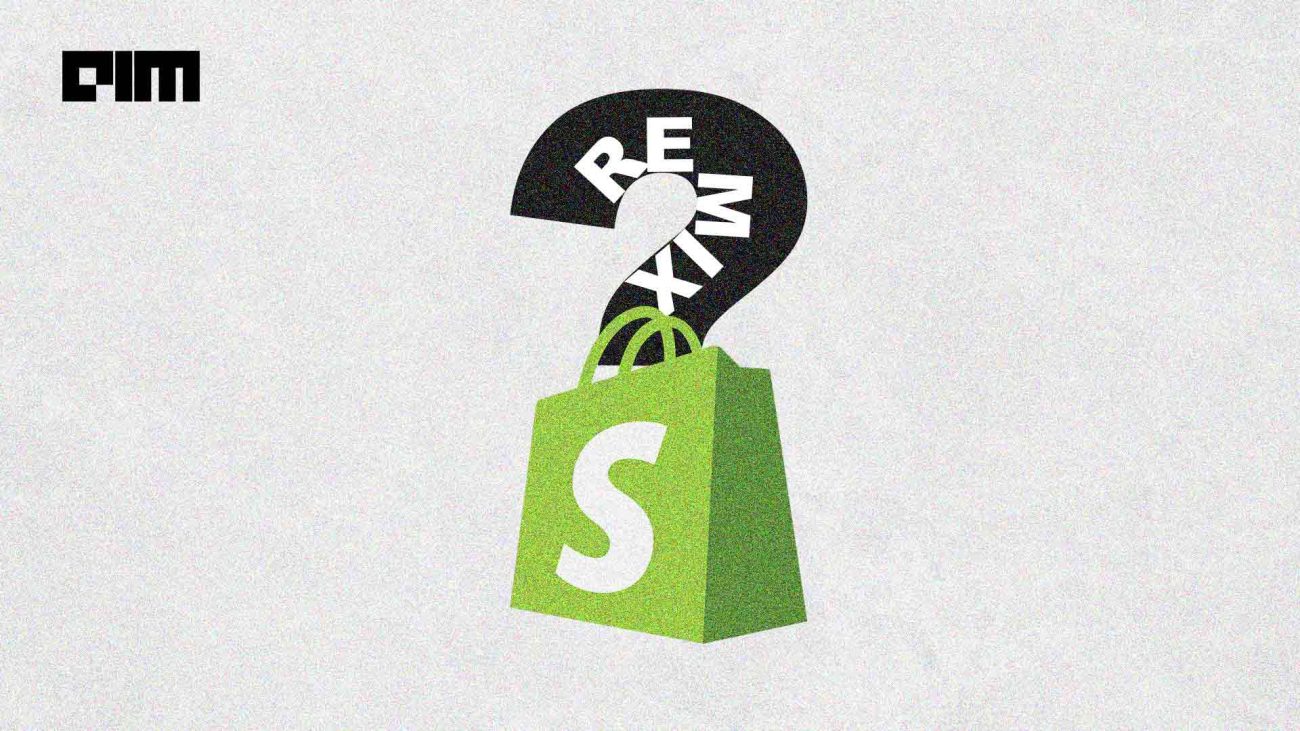 In a turn of events that has surprised many, Remix, a startup that develops open-source web frameworks was acquired by e-commerce website Shopify on October 31, 2022. But the more one reads into it, the more sense it makes. While the value of the deal wasn’t disclosed, Shopify is expected to use Remix across different projects and have more support for the framework on Shopify’s developer platform.

Harley Finkelstein, the President of the Canadian company said that they were planning to bring Remix “under the hood” of its own framework tool ‘Hydrogen’ used to build storefronts. The previous version of Hydrogen was made available last year in November to help merchants build headless commerce storefronts on the website. Headless commerce is essentially an approach to e-commerce or a kind of online architecture that helps web applications become more flexible and lightweight because the frontend is separated from the backend.

For an e-commerce brand like Shopify trying to scale themselves, Hydrogen offered a clear way out. The React-based framework was announced by Shopify at the website’s Unite event in 2021. Hydrogen was billed as an ‘opinionated yet flexible’ framework to help users build headless commerce websites. Hydrogen used data from Shopify’s Storefront API around the structure based on GraphQL types.

The shift meant Shopify was leaving its previous template language, ‘Liquid’ and moving towards the popular open-source JavaScript framework, ‘React.js’. Liquid was primarily known to specialise in theme development for storefronts; React made far more sense as developers working on React were easily available.

Remix is the Future

Remix, which is also a React framework, was co-founded by ex-Twitter engineer Michael Jackson along with Ryan Florence in 2020. Prior to this, the two had been working together for years to create open -source tools based on the JavaScript library React that is used to build app UIs.

In a blog post announcing the purchase, Jackson wrote, “Under Shopify’s stewardship, Remix receives long-term backing and support from an established leader in commerce. This move allows us to grow faster and sharpen our focus on performance and scalability. You’ll be seeing a lot more Remix in the wild, powering some of the largest commercial sites on the web.”

Jackson and Florence have also been known to work on React Router, a popular React library that has been downloaded around a billion times. This was when they caught Shopify’s attention. Initially, Shopify had used their React Router library to architect Hydrogen for building its storefronts. Since Remix has come around, Shopify has said that Hydrogen will be going deeper into the toolkits for storefronts and unlocking new capabilities.

Within a short period of time, Remix caught the eye of VCs like OSS Capital and standout angel investors like Naval Ravikant, Ram Shriram and Sahil Lavingia, due to which it ended up raising USD 3 million in seed funding in 2021.

For an open-source project, it was unusual that Remix had raised money from VCs who normally expect a return on their investment. In the aftermath of Shopify’s purchase, the road has been split open even wider for similar open-source frameworks.

While it is unusual for an e-commerce company to acquire a web framework, Remix has a strong hold on semi-interactive websites with mostly form-based inputs like blogs and e-commerce sites which, in turn, makes a lot of sense for Shopify of all companies to be the one buying the framework.

One of the most prominent features of the framework is prefetching, which means it can prefetch parts of web pages in parallel—including buttons and forms—before a user clicks on another link in order to minimise page loading. The framework is also compatible with public cloud services like AWS, GCP, Cloudflare Workers, Netlify and Vercel.

What’s in it for Shopify?

Like all online retail platforms, Shopify’s sales growth has dried up over the last year as the spurt in online spending kickstarted by the pandemic has evaporated. However, the e-commerce company is clearly aware of how to leverage its brand over competitors like Amazon.

Shopify is well aware of the advantage it wields due to the limitless customisation and full website control it provides to its merchants along with running a prevalent third-party app store which has a “rich ecosystem of app developers, theme designers and other partners, such as digital and service professionals, marketers, photographers, and affiliates”.

Unlike Amazon, which is often earmarked for treating its sellers badly, Shopify’s strength lies in empowering its merchants to determine how they can customise their store in the best way and gives them complete control over how to push their own sales conversions while building long-term relationships with customers. The shift in strategy shows the website’s intention to keep expanding its bank of advanced functionalities and tools to retain a competitive edge.

In an interview aired on CNBC, Finkelstein stated, “We’re taking a lot of market share away from the traditional, physical point-of-sale retail commerce platforms and they’re coming to us as well. Our job now is to explain to the world, to investors, to everyone, that Shopify is the future of commerce, wherever that happens.”