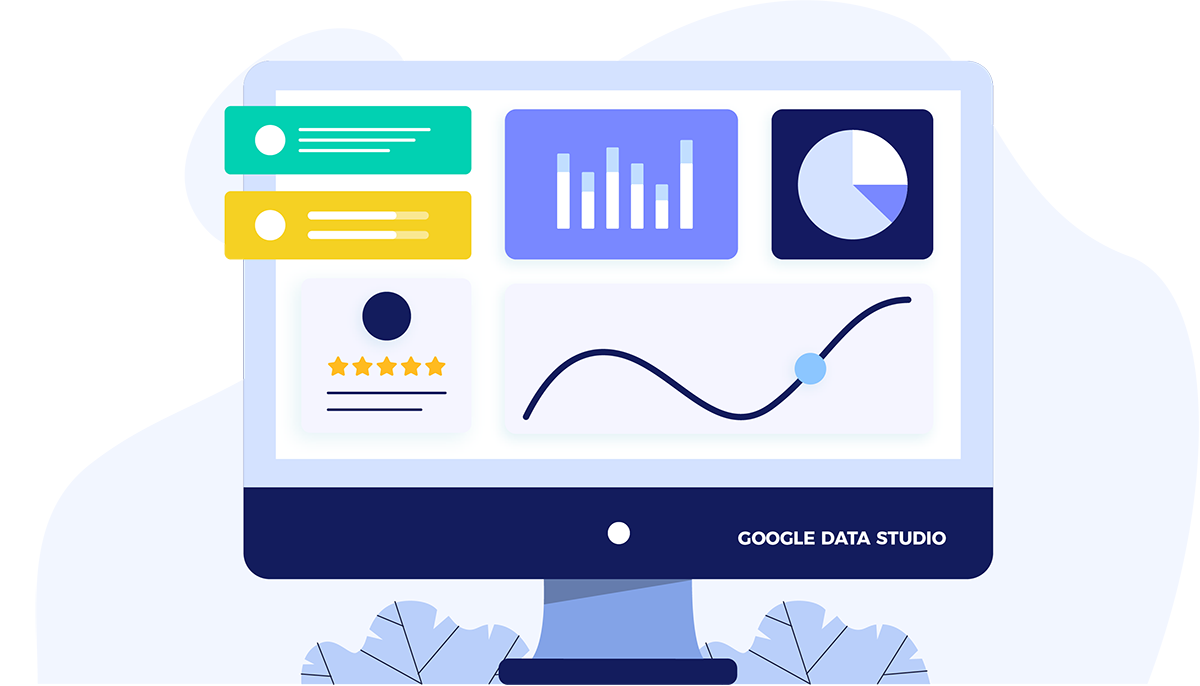 Google is hands down one of the most powerful names when it comes to tech companies but talking about business intelligence and data visualisation tools, offering by Google called the Data Studio is often left out while counting among the best tools available today. First provided as a part of Google Data Studio 360 in 2016, the company made the tool completely free for use in 2018.

What Does Google Data Studio Offer?

A relatively new tool in the market, Data Studio efficiently converts raw data into detailed reports while pulling information from data collection platforms and centralising it into a single dashboard. While it may seem like run-of-the-mill reporting software due to its simplicity, it offers some impressive capabilities for the users.

Google Data Studio can draw information from up to 12 different data sources, allowing access to over 500 datasets and 240 connectors. Some of the data sources from where it can pull information are Search Console, BigQuery, MySQL, AdWords, Analytics, YouTube and more.

What are the advantages of Google Data Studio?

Despite The Amazing Features, Why Does It Lag Behind?

While Data Studio has many benefits such as building interactive dashboards, allowing customisations and creating beautiful reports, it offers limited functionality.

Since it is a relatively new data visualisation tool, it has to set a benchmark. The analysis provided by Google Data Studio may not stand at par with the likes of other powerful BI tools such as Tableau and Power BI. While it can adequately visualise the data, it doesn’t allow the slice and dice, and analysis of data as the other popular tools.

Another disadvantage is that while it can run effectively with the Google set of tools, its ability to combine data from multiple sources may be restricted. It works best if you are tied into the Google Analytics platform and looking to provide customised reports for Ads, YouTube, and others. Still, for use cases that require more on-premise database access or blending of data, it may not work as it should. Another disadvantage is that it is a fully web-based solution, and there is no desktop version, unlike other BI solutions.

What are the advantages of Google Data Studio?

While Data Studio may find likability amid the newbies, it is not of the first choices for senior data analysts. Some of the reasons are:
Absence of report delivery automation
It is not a good fit if the organisation focuses and relies highly on metrics
It has limited connections
Compared to other BI tools, visualisations offered by Data Studio are average
Connecting to databases is not as easy to set up as Tableau
Not as customisable as other BI programs

What Can It Do To Run For The Popular BI Tools Race?

Having been launched in 2016, many of its features and functions have remained the same with little or no updates. For instance, the users of the likes of Tableau and Power BI believe that while Google Data Studio provides beautiful and straightforward visualisations, it lacks basic features of these tools such as the ability to edit the size, format and density of data labels.

It should also improve in terms of providing other functionalities such as colour by metric, size by metric, axis padding, individual axis toggles, etc. While Tableau and Power BI both offer more than 150 custom functions to apply to data, Data Studio has around 60 such functions. It also needs to implement other functions such as Parameters and Grouping, which have been executed quite well in other BI tools such as Tableau. Some of the other aspects that it needs to address are data manipulation, flexibility, interactivity and more.

Google DataStudio is still new, and a lot of additions and updates are on its way. With the given set of features, while Google Data Studio may not come as the first choice of data visualisation tools to opt for, it can make for an excellent addition for small to medium businesses. For a large enterprise looking for complex data visualisation with extensive storage and functions, it is the other tools that take over Google Data Studio. But for those looking to optimise, visualise, and effectively share their data without having to spend much time or money on it, Google Data Studio is the best bet.