Why Google Invested In Jio? 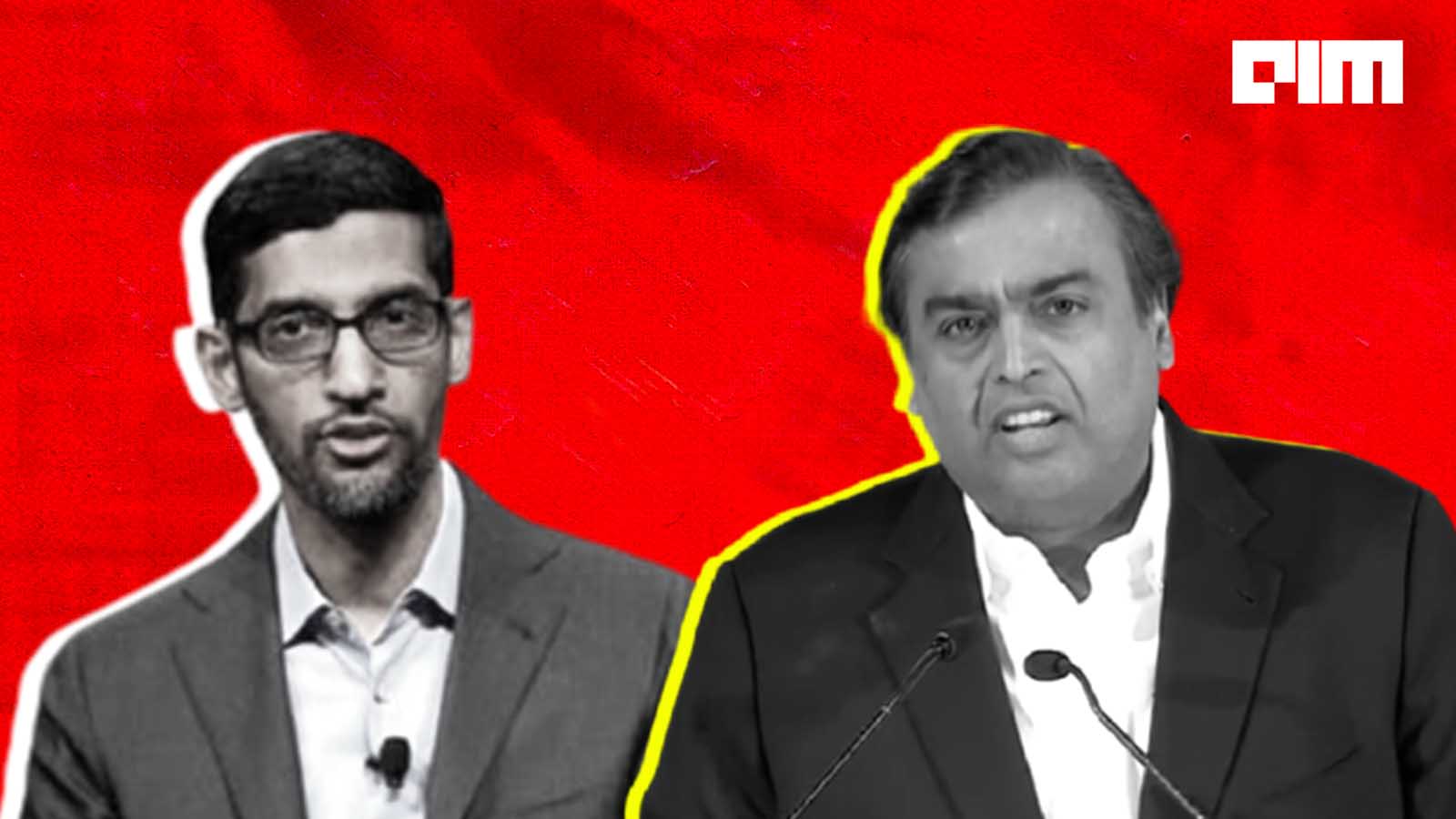 Joining the elite list of investors, such as Facebook, Google has now paid ₹33,737 crores to Jio Platforms Limited, a subsidiary of the Mukesh Ambani-owned Reliance Industries Limited (RIL). With this investment, Google owns a 7.73% stake in Jio. This is touted to be one of the largest investments of Google in an Indian company.

With this transaction, the Google-Jio collaboration hopes to develop ‘an entry-level affordable smartphone’ with optimisations to the Android operating system and the Play Store. Additionally, with the Google-Jio deal, Google hopes to capture India’s emerging digitisation market, which currently boasts of over 500 million internet users.

What Will Come Off This Partnership?

Jio Platforms, a RIL subsidiary was launched in November 2019 by Mukesh Ambani. It was then described as a next-gen technology platform which is focussed on providing affordable quality digital services. Till now, Jio Platforms has already made significant investments in a range of services including broadband connectivity, smart devices, cloud and edge computing, artificial intelligence, internet of things, smart devices, blockchain, and even augmented reality.

Notably, Jio Platforms’ main shine-in-the-spotlight moment came when Facebook announced that it would be committing an investment of ₹43,574 crores for a 9.99% stake. Soon, other major organisations such as Silver Lake, Vista, General Atlantic, Abu Dhabi Investment Authority, and L Catterton, among several others made major investments in this company, raising over ₹53,000 crores in investments.

As for Google, in July this year, CEO Sundar Pichai had announced that the tech giant would be investing $10 billion Google for India Digitalisation Fund to accelerate India’s digital economy. During the announcement, Pichai had then said, “Thanks to Prime Minister Modi’s vision for Digital India, the country has made huge progress in getting a billion Indians online. Low-cost smartphones, combined with affordable data and world-class telecom infrastructure, have paved the way for new opportunities.” This investment from Google will be made over the span of the next 5-7 years, with a greater focus on following areas of digitisation:

Primarily, Google hoped to use its investment in Jio to bring smartphones to more users in India, and it hopes that through this partnership with Jio, which reportedly has about 400 million users, will help its efforts. One can say that this partnership and Google’s decision to invest heavily in digitalisation efforts of the country couldn’t have come at a better time, given that the government of India is increasingly pushing for digital sovereignty and is laying the groundwork for promoting more homegrown organisations and industries.

Notably, this collaboration is expected to extend beyond, as well. For example, in a blogpost by Haptik AI, which is a conversational AI platform acquired by RIL in 2019, said that it was looking forward to leveraging cloud computing prowess and AI algorithms in areas such as natural language processing, vernacular language capabilities, among others.

Hiccups Along The Way

The investment came through and was finalised only recently after India’s antitrust watchdog, the Competition Commission of India (CCI) finally gave its nod to the proposed investment from Google.

As per a report, CCI was keen on reviewing the data-sharing agreement between Google and Jio before giving the go-ahead. There were allegations of Google promoting its payments services during the installation of an Android smartphone. In the initial review, CCI reportedly concluded that requiring Google Pay to buy apps or make in-app purchases was an imposition of unfair and discriminatory, and it also denied market access for competing apps.