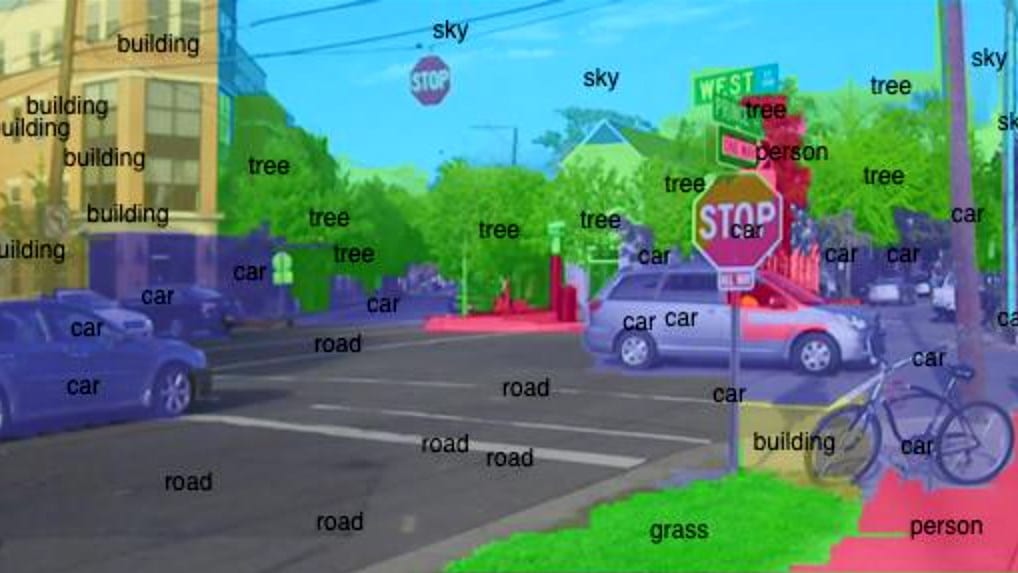 The new mobile architecture, MobileNetV2 is the improved version of MobileNetV1 and is released as a part of TensorFlow-Slim Image Classification Library. Developers can even access it in Colaboratory or can download the notebook and explore it using Jupyter. It is also available as modules on TensorFlow-Hub. The pretrained checkpoints can be found on the open source platform GitHub.

MobileNets are small, low-latency, low-power models parameterised to meet the resource constraints of a variety of use cases. According to the research paper, MobileNetV2 improves the state-of-the-art performance of mobile models on multiple tasks and benchmarks as well as across a spectrum of different model sizes. It is a very effective feature extractor for object detection and segmentation. For instance, for detection, when paired with Single Shot Detector Lite, MobileNetV2 is about 35 percent faster with the same accuracy than MobileNetV1.

It builds upon the ideas from MobileNetV1, using depth-wise separable convolutions as efficient building blocks. However, Google says that the 2nd version of MobileNet has two new features:

The Basic Structure of MobileNetV2

The bottlenecks of the MobileNetV2 encode the intermediate inputs and outputs while the inner layer encapsulates the model’s ability to transform from lower-level concepts such as pixels to higher level descriptors such as image categories. With traditional residual connections, shortcuts enable faster training and better accuracy. 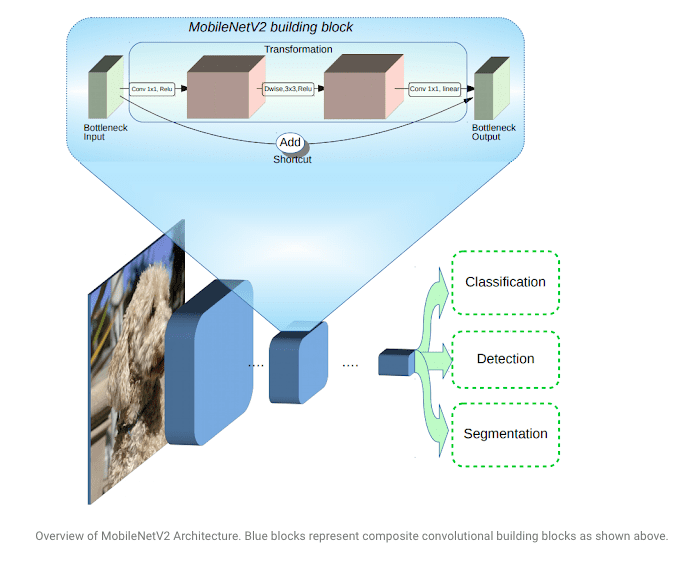 The basic building block is a bottleneck depth-separable convolution with residuals. The architecture of MobileNetV2 contains the initial fully convolution layer with 32 filters, followed by 19 residual bottleneck layers. The researchers have tailored the architecture to different performance points, by using the input image resolution and width multiplier as tunable hyperparameters, that can be adjusted depending on desired accuracy or performance trade-offs. The primary network  (width multiplier 1, 224 × 224), has a computational cost of 300 million multiply-adds and uses 3.4 million parameters. The network computational cost ranges from 7 multiply-adds to 585M MAdds, while the model size varies between 1.7M and 6.9M parameters.

How Is It Different From MobileNetV1?

The MobileNetV2 models are much faster in comparison to MobileNetV1. It uses 2 times fewer operations, has higher accuracy, needs 30 percent fewer parameters and is about 30-40 percent faster on a Google pixel phone. 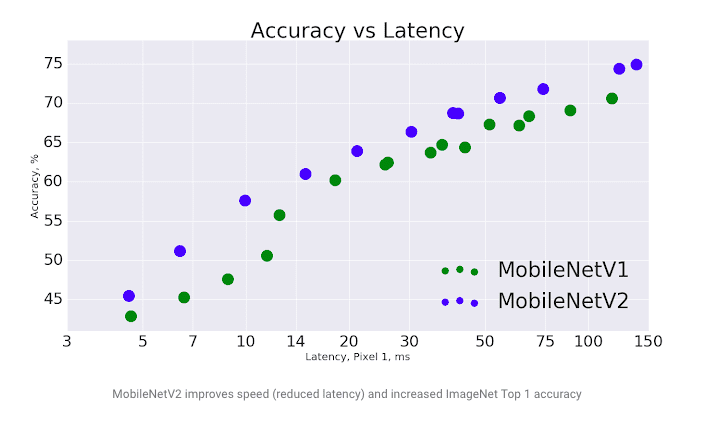 To enable on-device semantic segmentation, the researcher used MobileNetV2 as a feature extractor in a reduced form of DeepLabv3 that controls the resolution of computed feature maps. On the semantic segmentation benchmark, PASCAL VOC 2012, MobileNetV2 performed similar to MobileNetV1 as feature extractor, but the V2 version requires 5.3 times fewer parameters and 5.2 times fewer operations in terms of multiply-adds.

The new version of MobileNet has several properties that make it suitable for mobile applications and allows very memory-efficient inference and utilises standard operations present in all neural frameworks. For the ImageNet dataset, MobileNetV2 improves the state of the art for a wide range of performance points. For object detection task, it outperforms real-time detectors on COCO datasets. MobileNetV2 provides a very efficient mobile-oriented model that can be used as a base for many visual recognition tasks, claims Google.