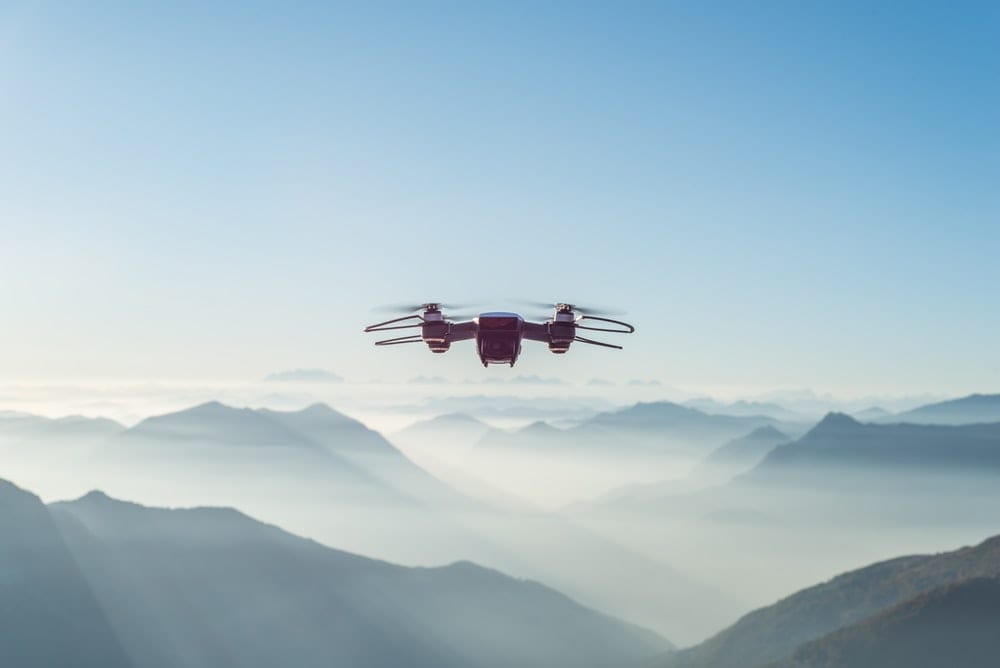 Ever since drones were invented, they have been one of the most talked-about innovation. Drones make it easy for mobility and also help in the mobile revolution that the present world is going through.

Operating drones is comparatively easy, given that one doesn’t have to wait for traffic in the air. The only requirement of the tech is that the skilled drivers must avoid the hundreds of cables present in India while flying on low altitude. But when these drones are weaponised for military purposes, one has to rethink the whole concept and authorities should ensure that the weaponised drones won’t make it to the public. The Indian government has now announced that all drones that are being used publicly should be registered by January 31st this year, else will be penalised by the law.

With reference to past events, drones have immense potential and can be used for various jobs — from the shooting and killing of al-Qaeda leader Osama Bin Laden to the recent drone attack by the US on Iranian General Qasem Soleimani. These drones have a lot more application in weaponry than they have in any other aspect of life. With the recent development, it should not be surprising that the Indian government has brought out a deadline for the drones operators to get registered.

In October last year, co-chair of FICCI committee, Ankit Mehta, mentioned that there are between 50,000 to 60,000 illegal drones in India. This number has come to the Indian government’s notice after the recent drone attack on international grounds and its aftermath. The government stated that it would be taking action against those who fail to register under the Indian Penal Code and the Aircraft Act. There are many drones which have come under the government’s notice for complying with CAR (Civil Aviation Requirements).

The Civil Aviation Requirement Act, CAR, was issued by the Directorate General of Civil Aviation (DGCA) in August 2019. The Act was introduced to regulate the use of civilian drones in the Indian airspace. Under CAR, there is a process that the drone operators have to go through and obtain a Unique Identification Number (UIN), and an Unmanned Aircraft Operator Permit (UAOP).

Staying true to its name, this regulation is called ‘No Permission-No Take Off’ regulation, where a drone cannot take off until the operator doesn’t obtain valid permissions. This operator could use the DGCA’s software programme DigiSky to get the permits.

Once successfully registered, the operators are provided with Drone Acknowledgement Number (DAN) and an Ownership Acknowledgement Number (OAN) which is sort of like a driver’s license and vehicle registration for conventional two-wheeler and four-wheeler vehicles. But, the DAN and OAN will be of no use if the drone does not fulfil the DGCA drone regulations.

Drone Regulation In Other Countries

Where India has started pulling down the illegal drones this year, giants like the USA and Europe have already their regulations in effect.

In the US, the FAA (Federal Aviation Authority) started its drone registration system back in December 2015. These included UAS weighing more than 0.55 pounds and less than 55 pounds to be registered. The UAS (Unmanned Aircraft Systems) which could be used for recreational purposes were required to fly below 400 feet which is below the controlled airspace. They also have an app called B4UFLY, which contains all the guidelines related to restricted air zones. For drones to fly in controlled airspace aka the Class G airspace, a permit is required through LAANC (Low Altitude Authorisation and Notification Capability).

As for the European Union (EU), it doesn’t regulate the drones with a mass of 150 kg or less. The Remotely Piloted Aircraft (RPA), as the EU calls it, will fall within the European Aviation Safety Agency (EASA), only if it goes above the threshold of 150 kg.

Drones find lots of use cases, to list down a few except recreational applications;

For drones in India to be fully functional, the government requires to come with a smart mobility idea. Along with smart mobility options, the country also needs to be smart with its existing mobility options. With giants like Amazon, Alphabet and UPS already launching delivery systems through autonomous vehicles and autonomous drones, India needs to register its drones as fast as possible. Additionally. Registration can probably cut down on the weaponisation of drone usage.