Why open-ended conversational AI is a hard nut to crack

Very few projects are used in applications for just having a two-way conversation with a user that is meaningful and engaging. 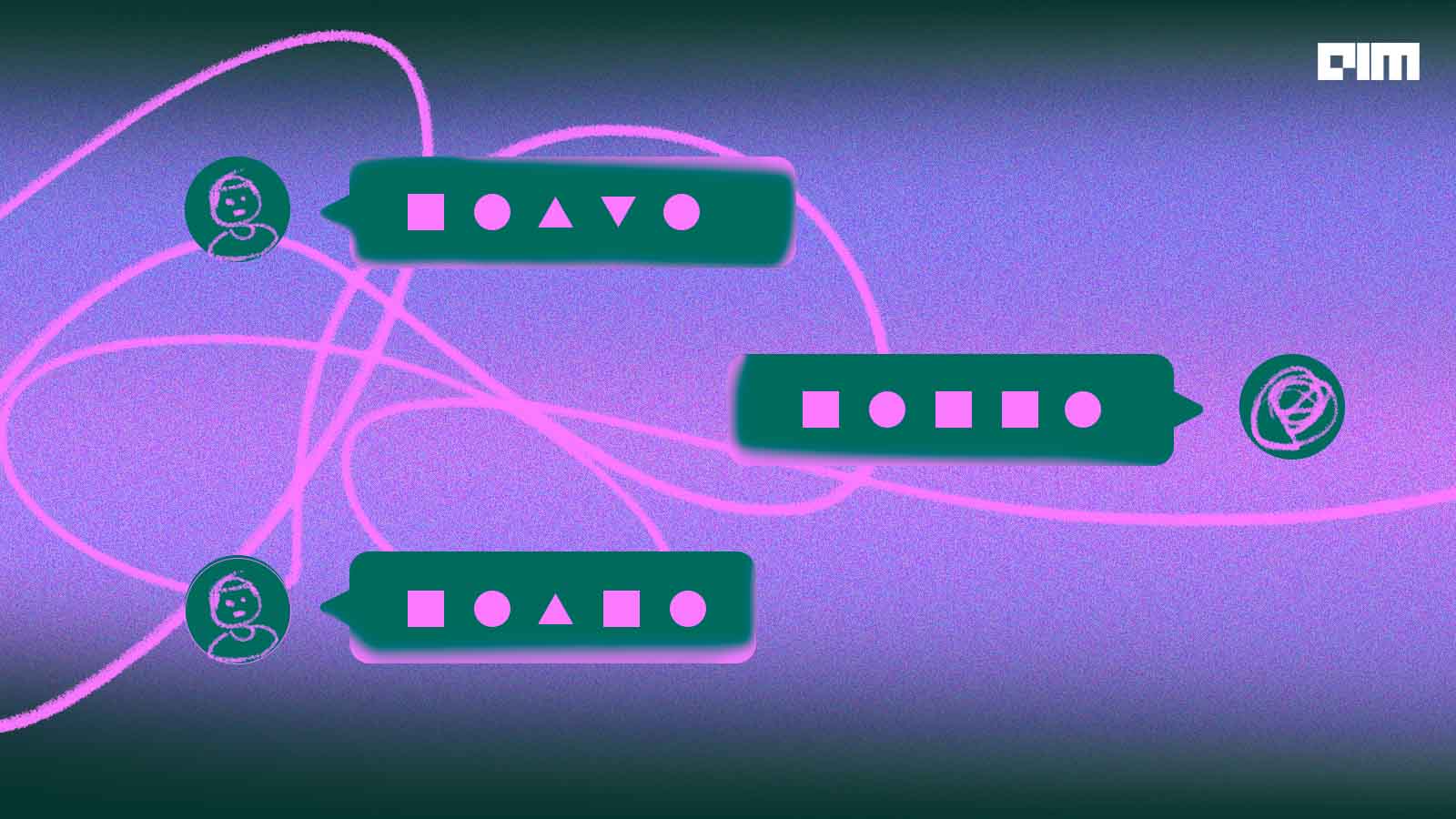 The ‘intelligence’ of AI is growing all the time. And AI has many forms, from Spotify’s recommendation system to self-drive cars. AI utilises natural language processing (NLP) to deliver natural and human-like language. It mimics humans and generates human-like messages by analysing commands.

That said, it is still challenging to create an AI tool that understands the nuances of natural human languages is hard. The open-ended conversation is even more complex. That is why some of the latest projects like LaMDA and BlenderBot do not have any commercial applications built on them and are kept purely for research purposes.

Conversational AI refers to technologies, like chatbots or virtual agents, with which users can interact with. Compared to other AI applications, they use large volumes of data and complex techniques to help imitate human interactions, recognise speech and text inputs and translate their meanings across various languages.

Conversational AI has principal components that allow it to process, understand, and generate outputs. The quality of outputs can be subjective, considering the level of expectation the AI meets.

At the Google I/O conference last year, Sundar Pichai said the company is looking for ways to cater to developer and enterprise customers. In addition to that, he said the language model for dialogue application (LaMDA) would be a huge step forward in natural conversation.

While big tech companies and open source initiatives are trying their best to push conversational AI solutions and products to enterprise customers, most are limited to supporting or assisting teams to a certain level. As a result, generalised platforms with probabilistic language models have largely remained in the periphery use cases. Another challenge is that due to its nature, open-ended AI possesses a higher risk of being misused.

A recent controversy that brought LaMDA back in the limelight was when Google’s AI engineer Blake Lemoine claimed that LaMDA is sentient. He published some excerpts of his conversations with Google’s LaMDA, a Transformer-based language model.

LaMDA’s conversational skills have been developed for years now. Like other recent language models, including BERT and GPT-3, it is built on Transformer. A few other reports too suggest that LaMDA has passed the Turing test and, therefore, it is sentient. That said, the Turing test can not be considered the ultimate test for a model to possess human intelligence. This has been proved through several experiments in the past.

From a gimmicky automated responder, chatbots and voice assistants like Google Echo, Cortana, Siri, and Alexa have been valuable sources of information.

In July 2021, researchers at Meta released BlenderBot 2.0, a text-based assistant that queries the internet for up-to-date information about movies and TV shows. BlenderBot is entirely automated — it also remembers the context of previous conversations. But the system suffers from issues like a tendency to spout toxicity and factual inconsistencies.

“Until models have a deeper understanding, they will sometimes contradict themselves. Similarly, our models cannot yet fully understand what is safe or not. And while they build long-term memory, they don’t truly learn from it, meaning they don’t improve on their mistakes,” Meta researchers wrote in a blog post introducing BlenderBot 2.0.

Before that, in 2015, around the height of the chatbot craze, Meta (formerly known as Facebook) launched an AI-and-human-powered virtual assistant called M. Powered by M, select Facebook users could access ‘next-generation’ assistant through Messenger that would automatically place purchases, arrange gift deliveries, make restaurant reservations, and more.

Reviews were mixed as media house CNN noted that M often suggested inappropriate replies to conversations — and Meta decided to discontinue the experiment in 2018.

As machines learn from humans, they also internalise our flaws – moods, political views, tones, biases, etc. But, as they can’t evaluate good from bad on their own (as of now), it usually results in a no-filter response from the machine. A lack of understanding of words, emotions and views acts as a huge barrier to achieving human-like intelligence.

It is still challenging for the current corp of conversation AI tools to understand user emotions, detect and respond to offensive content, understand multimedia content beyond text, comprehend slang and code-mixed language, etc.