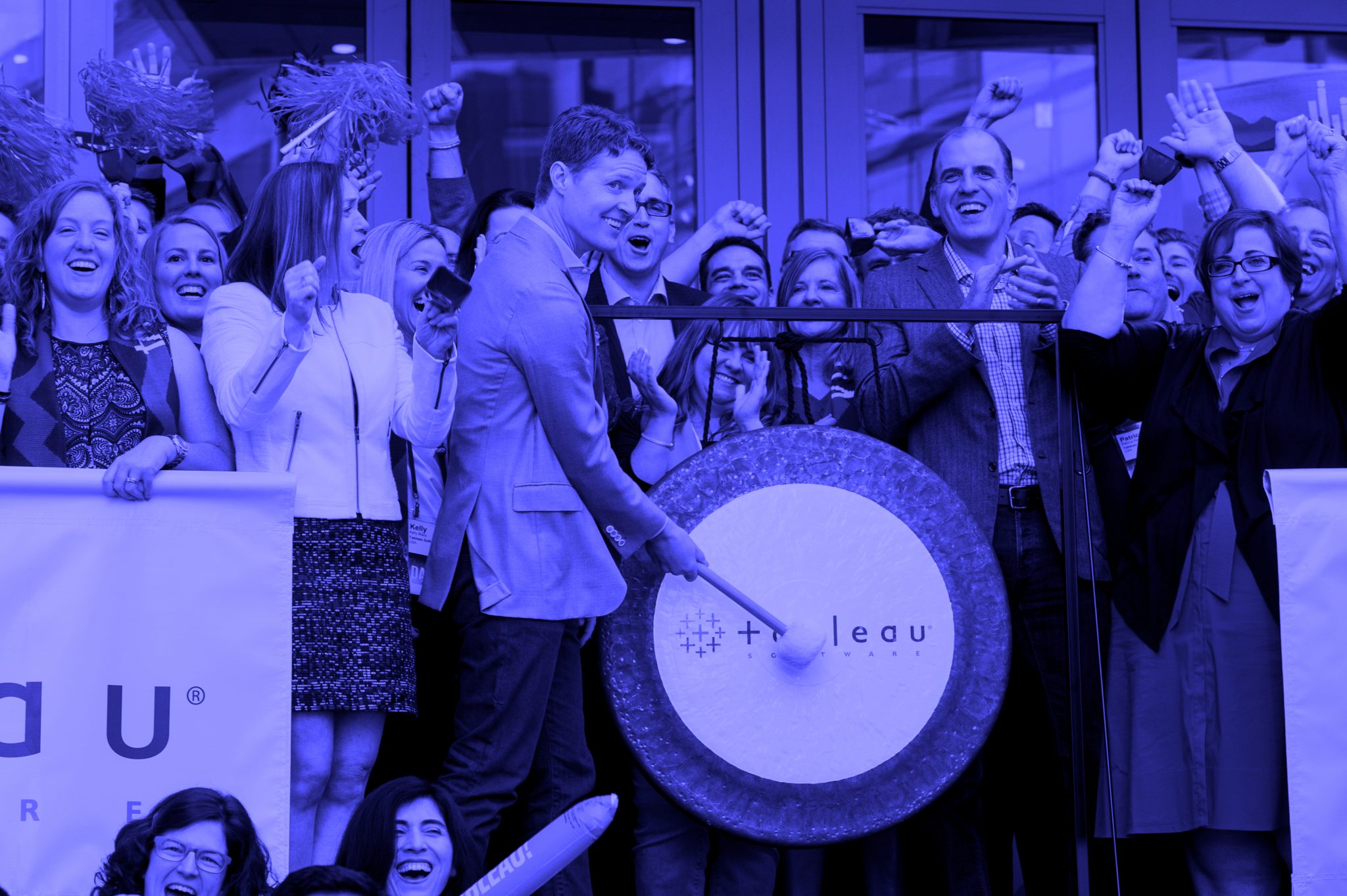 Yesterday, Salesforce announced its acquisition of Tableau at an enterprise value of approximately $15.7 billion. At 2018 revenue of $1.16 billion, Tableau acquisition was almost 13.5x. This is also a 31% premium over Tableau’s $10.9 billion market capitalization. Tableau is the biggest acquisition by Salesforce ever, the last one was Mulesoft in 2016 at $6.5 billion.

This is a huge premium, especially if you consider that the data visualization market is a crowded one. There are two key takeaways from this acquisition from Salesforce perspective – firstly, data analytics is going to be the core of its offering going forward. Secondly, data visualization as a technology stack was a key layer missing in its overall analytics play.

Let’s unpack it. Tableau might be looked as a part of a series of acquisitions that Salesforce did to bolster its Analytics/ AI platform called Einstein. The initial idea was to have Einstein sit on top of a Salesforce CRM dashboard and recommend insights like what’s the best time to connect to a customer.

But then there’s more to it. CRM platforms create a massive amount of sales data and customers had to recruit data scientists to work on this data and create models or predict outcomes. This was an opportunity for Salesforce – it spent more than two years to build Einstein – an automated, machine learning based platform that can spew out predictions at a click of the button.

Most of these were internal efforts, bolstered by a string of external acquisitions to ramp up Einstein. Infact, Salesforce spent almost $4 Billion in 2016 to buy a complete platter of startups mostly in this space.

Demandware was the biggest of them at $2.8 billion, that forms the bulk of today’s Einstein commerce cloud, bolstering predictive email, predictive sort and product recommendations.

But the most significant of that year’s acquisition was a company called BeyondCore. It was a very quiet acquisition of just $100 million. BeyondCore, along with IBM and SAP, was recognized as a visionary in Gartner’s Magic Quadrant for Business Intelligence and Analytics in 2016. Today much of Einstein Analytics Cloud is built upon BeyondCore. This includes features like “Automated Analytics & Storytelling”, “Smart Data Discovery” & “Smart Data Prep”.

Similarly, acquisition of MetaMind morphed in Einstein app cloud bolstering Predictive Sentiment Service & Vision Service. Tableau should be seen as one of the important components that would essentially help tell the whole story.

So, while an analyst would bring in data from disparate sources, run models on top of it or gather insights, the story would not be complete without a solid visualization on top of all this. S/he will still have to pull data out of that system and use another tool. This is catastrophic for any tool that claims to be “the most complete and intelligent analytics solution for enterprise”.

Analytics Cloud never really caught on with customers. With Tableau, Salesforce will rekindle their cloud story  Salesforce where they earlier failed. Salesforce can deepen its integrated analytics stack in its own cloud with Tableau, by providing customers a place to analyse it in a single place, without the need for migrating to other clouds. Another reason why Salesforce is gunning for the cloud market is that Tableau gives #1 CRM player a second headquarter – Seattle, the seat of cloud computing giants Microsoft and Amazon. If the CRM giant succeeds in providing integrated services on a single cloud platform, it could soon rival the big players AWS and Azure in its own backyard.

In a bid to woo more enterprise customers, Salesforce is focused on “Salesforce Customer 360” as a strategic initiative right now. According to its website “Salesforce Customer 360” is a new cross-cloud technology initiative that makes our B2C Marketing, Commerce, and Service products work better together.”  And Einstein AI sits at the very core of it. Tableau plugged a critical void for the company in the form of Visualization and Self service BI with Tableau and the all-stock acquisition will reinforce Salesforce’s position in the analytics market.