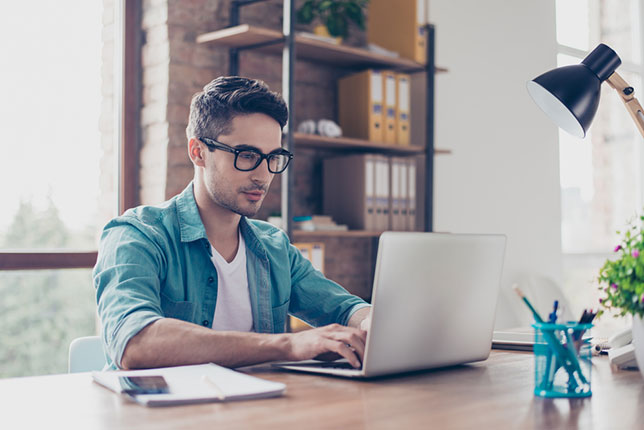 As data scientists become one of the most coveted jobs of the future, students are increasingly enrolling in corresponding courses to begin a promising – and highly lucrative – career in the field. While there are plenty of full- and part-time programs offered by universities in India, short-term digital courses that can easily be completed online have become popular over time.

Not only do these courses provide quality material at a fraction of the cost of a regular program, they also come with a wide range of features, including mentorship, discussion forums, flexible deadlines and even placement facilities. What is more, some are absolutely free.

It is no wonder then that online data science courses are popular, not just among students, but also among professionals who are looking to upskill or even pivot.

Today, it is possible for anyone to access accredited data science courses by tech companies and through partnerships with foreign universities. Although these universities had identified an opportunity for online learning in India long back, there has been a surge in digital data science courses provided by them in recent weeks. What explains this trend?

Adoption Of E-Learning Amid Covid-19

While the Covid-19 pandemic wreaked havoc everywhere, pushing economies to recession and many businesses to financial ruin, educational institutions were not unaffected either. Schools and colleges were shuttered, and exams were either postponed or shelved. Amid this, online programs ensured continuity of education.

According to a study conducted by AIM, the crisis saw increased adoption of online education technologies by both learners as well as educators. As the former got themselves acclimated to online learning, the latter learned to adapt to a variety of tools to deliver their teaching effectively. These changes fomented a bigger shift in India’s education landscape – one that saw a barrage of data science courses, especially those offered by foreign universities.

Akhil Shahani, MD of The Shahani Group, sums it up:

“There are two major trends happening in 2020. Employers across industries are looking to hire graduates with data science skills for highly paid roles. Additionally, students are getting more adapted to online education due to the Covid-19 lockdown,” he says. “Hence, an increasing number of Indian students are signing up for online courses in data science to improve their career prospects,” he adds.

“With the demand for data scientists expected to grow, professionals are witnessing new growth opportunities coupled with good remuneration packages,” he says. “In this conducive environment, it is natural that aspirants will seek tools like online skilling programs, which will help fast forward one’s career,” he adds.

The Draw Of Foreign Universities In India

Indian students have always had global aspirations when it comes to acquiring an education and getting a job. According to data maintained by the Ministry of External Affairs, nearly 8 lakh Indian students were studying in various foreign universities across 90 countries in the world in 2018. For perspective, a decade ago, this figure was a paltry 65,000 (approximately).

In fact, India is second only to China when it comes to students seeking international degrees, and this trend is likely to continue. Unfortunately, most of these students today, although abroad, are studying online like their counterparts in India.

“In the wake of the Covid-19 outbreak, the international student movement has taken a massive hit,” says Arjun Mohan, CEO – India at upGrad. “Several students studying abroad have had to leave their studies mid-way and return home, while others who were planning to enrol in a Master’s degree abroad have had to put off their plans,” he adds.

The main draw of foriegn universities for these students is the exposure to diverse people, campus experience, university’s reputation among employers, the quality of their research, course modules, as well as teaching quality.

With education likely to proliferate further in the online medium going forward, students in India can get most of these at just a fraction of the cost they would have had to pay if they pursued a regular course at a foreign university. Adds Mohan:

“Online articulation and pathway models will become very powerful and relevant in these times,” he says. “In fact, we at upGrad have been partnering with foreign universities to enable India’s workforce to pursue a globally recognised fully online Master’s degree, at one-tenth the offline cost from the comfort of their homes,” he adds.

Recognising the opportunity here, these universities are introducing their courses here by either directly offering short-term courses on edtech platforms like Coursera and edX, or partnering with educational institutions. Simplilearn, for instance, has partnered with Purdue University to bring to learners a program in data science, which will equip them to meet the demand for future job roles. It also opens up a chance for students who are marred by financial limitations, but share the same global aspirations as their peers. To foreign universities, this means more enrolments.

Statistically speaking, this can potentially translate to nearly half of 1.26 billion who are at an average age of 25 years in India today. What is more, with top Indian universities becoming more and more competitive, student enrolments in courses affiliated by foreign universities are likely to go up.

“Assuming budgetary constraints are not an issue, students may find getting a data science degree from a reputed international university could make them more attractive to employers than students with an Indian degree, due to the perception that foreign universities provide a superior education,” says Shahani. “This provides a unique opportunity for international institutions to enter the Indian market, which many seem to be doing,” he adds.

While the digital medium abounds with short-term data science courses, full programs were not permitted to be offered online until very recently. According to a report, the government of India, in a first, has allowed universities to offer fully online degrees. Partially aimed at raising the profile of Indian institutions on a global scale, it is also intended to make India’s youth more employable through better education opportunities.

While this has opened up opportunities for foreign-based online education service providers to widen local offerings in India, such a move could also set a precedent for acclaimed foreign universities to democratise their programs as well.

Online learning has reduced the barriers to entry, truly democratising education. With the rise in its popularity among both students and professionals, it is poised to be offered at scale, supported by more global partnerships.

Combining India’s goal to make its youth more employable and the potential data science holds for jobs of the future, foriegn universities have responded to this opportunity by offering data science courses here.