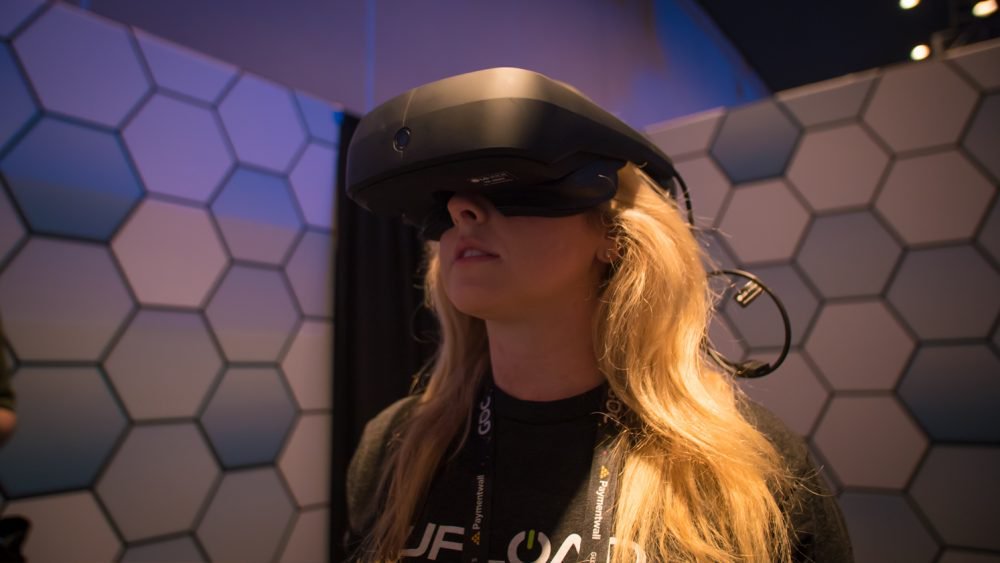 Despite stupendous growth numbers of Virtual Reality market in India and news about uptake in the adoption of VR based products such as head-mounted display among the end users (manufacturing, automotive, consumer electronics) – the VR market in India is seeing a tepid response. Once considered a disruptive force of technology — pegged as the next big computing platform, the VR/AR market is expected to grow at a compound annual growth rate (CAGR) of 76 percent over the next five years.

Yet, the market outlook doesn’t look positive and the adoption of VR among big corporations is slow. Even though the Indian market is awash with PC attached VR headsets and fully wireless HMDs, from HTC Vive, Samsung, Google VR Headset and Microsoft, there are no concrete sales report for Indian market.

India has close to 70 startups in the VR space but only a handful of companies have raised seed capital from venture funds. According to report from Bangalore based industry watcher Growth Enabler, even the top 15 AR/VR startups have collectively raised under $3 million in funding. However, the market outlook is expected to turn around in the next few years. Priyank Kharge, Karnataka IT Minister says the government is promoting VR/AR startups and deploying pilots with various departments, besides providing funding and incubation opportunities. Earlier last year, Bangalore startup GridRaster raised $2 million in seed funding while there are a slew of emerging use cases developing. Bangalore based Chymera VR, founded in 2015 raised an undisclosed amount of funding from investors last year.

Globally, the virtual reality market is buzzing and is about to become mainstream and is predicted to surpass US$ 40 Billion market by 2020, Orbis Research indicates. The major growth drivers include factors such as hardware advancement, increasing demand across gaming, healthcare, entertainment, education, sports sector and rising VC interest in AR/VR tech. Major tech giants cornering the virtual reality market are Sony, Facebook, Google, and Samsung, with over 50% market share. however, India is significantly lagging in this space, as compared to mature economies like China, US.

The biggest hurdle to the Indian market is the availability of hardware, LoopReality’s co-founder Jignesh Talasila observed, pointing out to the sluggish growth of VR start-ups in India.

Outlining the key reasons for slow adoption of VR in India

Even the embattled Mark Zuckerberg acknowledged that VR will be a hard-sell in Facebook’s 2016 earnings call. He observed that Oculus Rift would take another ten years to reach the mass adoption of iPhone. Also, the 2016 sales were far below the forecast – the 400,000 Oculus headsets sold globally were well below the 3.6 million forecasts of sales. The total sales accounted were 2 million with 800,000 PlayStation VR, 500,000 HTC Vive & 400,000 Oculus Rift sold in 2016.

Despite the sluggish growth, VR is here to stay and will become an important mode of consumption in the future. While use cases abound, as pointed out by Growth Enabler report, there is uncertainty about consumer adoption in India. A majority of startups are working on vertical focused solutions for specific industries such as real estate, hospitality, gaming and retail but the uptake is slow. Organizations are grappling with ways to measure ROI and are determining the right model for partnerships, pricing and content.