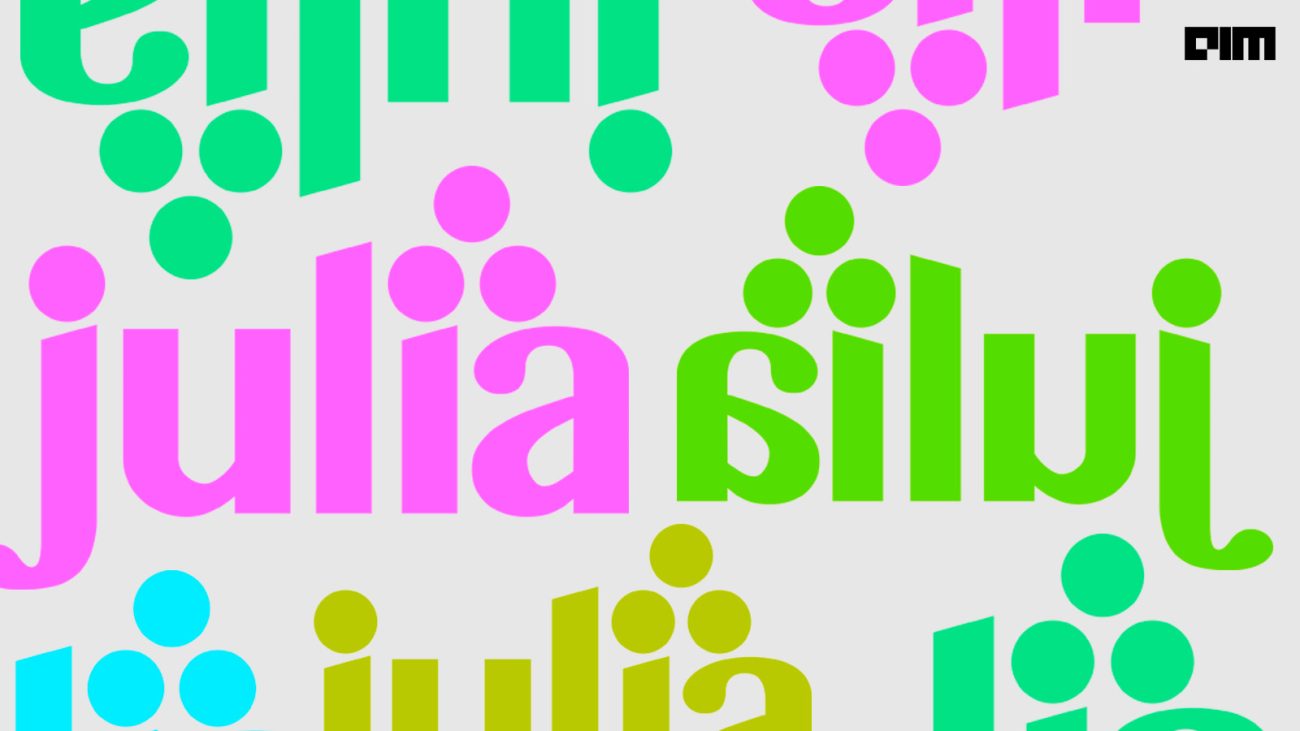 “Along with my colleagues Jeff Bezanson, Stefan Karpinski, and Professor Alan Edelman, I started working on Julia to scratch an itch, being users of similar language ourselves. We wanted a language that did not trade-off performance for productivity and instead provided both high performance and high productivity,” said Viral Shah, co-creator of Julia, in an almost a decade-old interview with AIM. This was a year after the Julia programming language was created. Julia recently completed over a decade of existence and its popularity has skyrocketed over the last ten years.

In fact, in this year’s Stack Overflow Developer Survey, Julia ranked in the top 5 for the most loved languages, defeating Python, which stood at the 6th position and R at a far 33rd. In last year’s Stack Overflow Developer Survey, Julia had a good streak too. It had ranked 5th last year too out of the 38 languages on ‘most loved languages beating Python. In the April TIOBE Index ratings, Julia has jumped from position 32 to 26.

Logan Kilpatrick, Julia Developer Community Advocate, in a blog post, added that surveys like the ones mentioned above establish that the developers are getting a lot of value from Julia and are enjoying the experience.

A brief history of Julia

Julia’s team started working on the language way back in 2009, way before its official launch on February 14, 2012. Julia has fulfilled and surpassed the initial goals it had set out when its original blog post came out. It states that Julia is now used by hundreds of thousands of people across different domains from personalised medicine to climate modelling, novel materials and space mission planning.

The Julia Computing Company was founded by the team along with Keno Fischer and Deepak Vinchhi in 2015. Its main product, JuliaHub, is a secure, software-as-a-service platform for developing Julia programs, deploying them, and scaling to thousands of nodes.

In June 2017, they raised USD 4.6 million in seed funding from General Catalyst and Founder Collective. The most recent funding stood at USD 24 million Series A, led by Dorilton Ventures in 2021.

Julia is taking over?

R programming was mainly built for statistical computation to assist scientists and statisticians in computation. Julia has been built to solve the challenges that come with high-performing computing and keeping in mind the demand for speed. For example, in a blog written by Chris Elrod, Niklas Korsbo, and Chris Rackauckas, the researchers showed that Julia can be 5x faster than PyTorch for small network development.

Julia has tools like MLBase.jl, Flux.jl, Knet.jl that can greatly help in machine learning capabilities. To run the official Julia model on your device, you have to download and install the package from their official Github site. It pulls the package directly through the Real-Eval-Print Loop This makes installing new packages much easier. Julia is fully open-source and free and can be downloaded and worked upon quite easily.