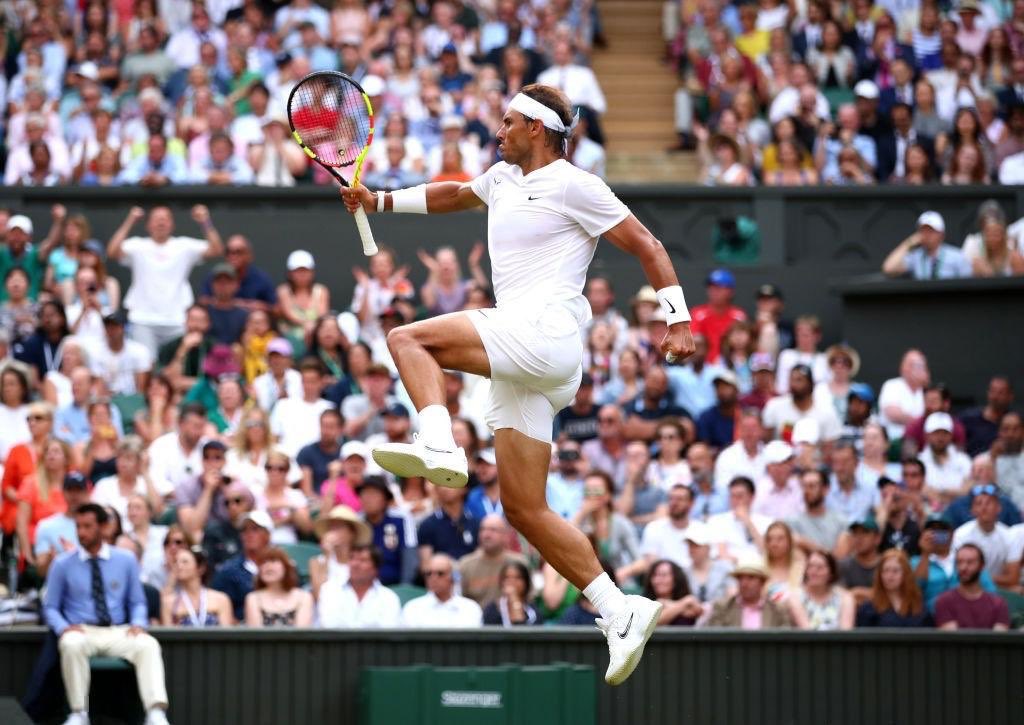 How well does Federer play on Tuesdays? What is the most thrilling shot in tennis- is it Nadal’s forehand or Federer’s backhand or is it something as unusual as Nadal’s tweener?

These questions sound like they are straight out of some celebrity interview. Only they aren’t. These queries are a data scientist’s sweet dream at Wimbledon. The insights and infographics displayed throughout this most popular British tennis event are results of millions of bytes of data churned by data scientists in the background. The All England Club, which hosts the famed British tennis event, has been equipping its tech toolbox with a lot of enhancements over the past couple of decades.

IBM has been the championships’ official information technology provider since 1990. Every single shot at the tournament is logged by IBM, captures a million bits of information. And, so far more than 60 million data points have been collected.

To produce highlights of the match, the All England Club has already been using AI and for this year’s tournament, which runs until July 19, the data science team at IBM Watson has decided to improve their existing artificial intelligence(AI) system  to balance out any shown to a player in the post-match highlights.

It Is Elementary For IBM Watson

Any tennis fan with some idea of video editing might wonder how Wimbledon’s official media channel releases incredibly quick and infamously short highlights. The best shot clips throughout the duration of the match as well as within 2 minutes after the match are shared on social media keeping the fans updated.

Video editing requires the editor to watch the whole match, select the high moments, cut, stitch and then render it for a complete video. This might sound like a trivial task with all the modern day computers and tools. But, given the length of matches played and the number of matches played, these tasks would consume long man hours.

So, at Wimbledon, AI has been leveraged to go through hours of footage and automatically pick out the best shots from matches played on its 18 courts.

By monitoring a mixture of crowd noise, match analysis of key moments such as breakpoints and player reactions, an overall excitement factor is produced for each passage of play.

Along with marking the high-intensity moments, this year, the AI system has been tweaked to alleviate biases in highlights, which can result in good shots not making the cut because the crowd didn’t cheer for it. So, biases such as louder cheers from the home crowd for British players were also factored into the system making it more robust.

During the last year championships, more than 29,000 points were played and out of all those, a clip featuring Rafael Nadal playing a shot between his legs, with an overall excitement factor of 0.92, was deemed the most thrilling moment.

AI chooses these moments based on factors like whether a player does a fist pump and the cheers that a point gets from the audience. Thee moments are stitched together within minutes and are made available for the fans.

The data science team at Wimbledon believes that data is rich with hidden insights and using AI for the same is as obvious as it sounds. For example, throughout the history of tennis, it has been an unwritten rule for the men to serve with less speed to the women during a mixed doubles match. This kind of courtesy might sound unnecessary now but, the data scientists were able to prove that, consciously or not, it still goes on in the professional game. And, in 2017, men did indeed serve four or five miles per hour slower to women.

All the data collected from the point-by-point data input including where serves landed, rally length relies on 48 statisticians who sit on the reviewing the inputs. These statisticians are also regional level tennis players who are highly trained in using the interfaces. Despite having algorithms that can devour tonnes of data, the significance of human domain expertise has been proven yet again. This stands as testimony to the fact that humans will continue to remain as the missing link between AI and AGI.

From the business end, using AI to grab more eyes and increasing fan bases by improving viewer experience is a win-win outcome. And, as the sports industry goes through a period of unprecedented change, the ability to recognise this market disruption and respond effectively is more critical than ever.