Your ‘Aha!’ Moment As A Data Scientist? Hear From Them Directly 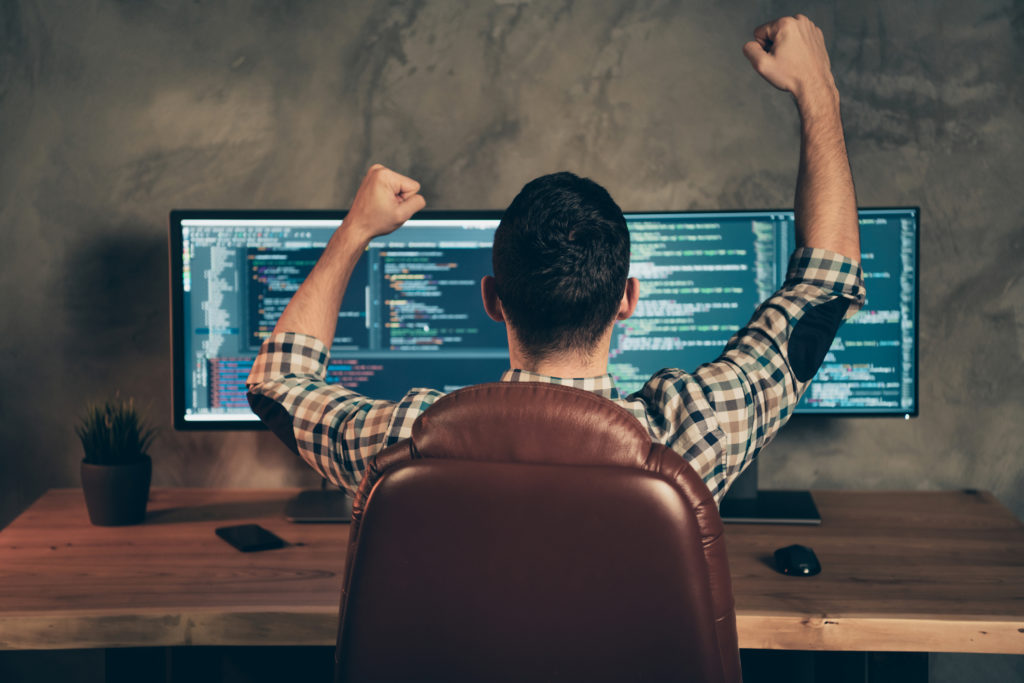 There is no one way to describe an ‘aha!’ moment that all data scientists would agree on. But for most, it captures a series of exhilarating moments that end in a breakthrough discovery. This could be directly related to a problem they were painstakingly seeking to solve, while for others, it could be anchored around a key realization from which their professional improvement and growth emerged.

Regardless of how they defined it, the data scientists we spoke to instantly reminiscenced their moments from a time they were still trying to establish themselves in this field. Here are some interesting anecdotes from them:-

The draw of solving real-world problems, and the thrill of reaching that critical inflection point by dint of sheer hard work is what keeps data scientists motivated. It is a valuable preoccupation to have, given that their profession demands that they continue to pursue problems and prepare for a lifetime of constant grind.

Recalls Tribhuvan Tiwari, Lead Consultant – Data Science at Stratbeans, “One of my projects for speech-to-text conversion had hit a roadblock, and I struggled with that problem for days.”

What happened was that when Tiwari increased the time delay in the Recognizer, a lot of ambient noise got captured, which resulted in loss of speech-capturing. When he tried to decrease the time lag of the Recognizer, the system interrupted to take input from the user even at the slightest of pauses.

“To overcome this problem, I deployed two Recognizers simultaneously and using Signal Processing Technique in Python, I identified the threshold pitch for a normal human voice and the ambient noise coming with it, which at a later stage, was filtered to extract only human voice for preprocessing,” says Tiwari.

It took him four whole days to arrive at that conclusion, but when it did, he describes it as a vital ‘aha!’ moment for him. One that taught him that some moments sets the stage for bigger accomplishments, and that, perseverance always precedes success.

Many companies identify their ‘aha!’ moments as those that establish the strength of their relationship with users. These moments are anchored around developments where business’ products or services are finally able to resonate with customers.

And like many solutions, these were less about advanced technologies and more about simple and effective messaging, a point that was made clear to Prithviraj Dutta, a senior data scientist at a digital technology company, To The New.

“The fact that machine learning is a probabilistic approach to problem-solving makes it more precarious in terms of arriving at an optimal solution,” he says. “Many times, data scientists approach a problem with multiple cutting edge algorithms, hoping to improve the result. However, with time and experience, they realize the importance of keeping things simple, and that is what happened to us,” he adds.

In some instances, these may not even revolve around one moment, but culminate into a series of actions that is aligned more closely to the business’ interest. And these are often very straightforward, albeit challenging, paths.

ALSO READ: The Most Important Lessons Learned As Data Scientists

Impactful moments that create a powerful impression that goes on to become a driving force for future accomplishments are also expressed as ‘aha!’ moments by some. These events become effective focal points for these data scientists to direct their efforts towards.

“My ‘aha!’ moment was in organizing NeuroAI, which is India’s first ever research symposium in the interface of Neuroscience and Data Science. The entire symposium was organized in two weeks and India’s best neuroscientists spoke at the event.”

She talks about another event that has shaped her career in data science, “I have always been a great fan of NPTEL courses by IITs and I never thought someday I would get to do a video course similar to that. It is a great privilege and honor to prepare the course curriculum for BITs Pilani’s online masters program and do a recording at their studio. The course is consumed by 20,000 students worldwide.”