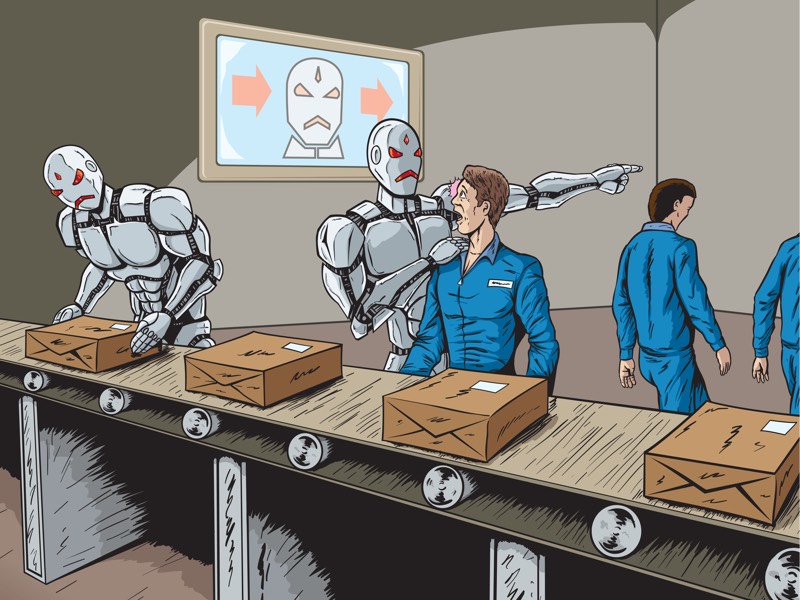 Recently, Zomato, the popular restaurant aggregator and food delivery startup laid off 540 employees at its head office in Gurugram across its customer, merchant and delivery partner support teams. The company’s management has said that this is due to the fact that the company is fast expanding and trying to optimise its costs through automation. Zomato had also stated that these jobs will be automated and those laid off will get severance of two to four months. This is the second round of layoffs by the company in a short period of a month. In August, 60 employees in its customer support department were laid off, now taking the total to 600.

While on the one hand, the company announced layoffs, on the other hand, it also announced that is looking for employees with specialised skills. “We are still hiring in our technology, product and data science teams,” Zomato’s CEO Deepinder Goyal said.

Over the last few months, improvement in Zomato’s technology interface across functions has led to a reduction in support-related queries. This according to the company has led to several roles becoming redundant, prompting the company to layoff employees. This has led to certain redundancies across its customer, merchant and delivery partner support teams.

“Over the last few months, we have seen our technology products and platforms evolve and improve significantly. We have dramatically improved the speed of service resolution, such that now only 7.5% of our orders need support,” the company said in a statement.

While the cutting of jobs may seem the company is going through tough times, it may not be the case. The company said the move is not due to any cost-cutting plan as it has hired over 1,200 people in its non-delivery teams and another 400 off-rolls positions. The company’s CEO Deepinder Goyal also said Zomato will generate thousands of new jobs, for delivery partners in particular, due to its wise network serving 25 million customers in the country. The company is all set for 10x growth in 5 years, he said.

The announcement also came at a time when the company also recently said it was on the verge of maiden profits after it expanded to newer cities in India and across the globe. It is to be noted that the food delivery service is active in 24 countries and is valued between $3.6 billion and $4.5 billion and is backed by Silicon Valley venture fund Sequoia Capital, Singapore government’s Temasek Holdings and Indian e-commerce player Info Edge.

Zomato’s layoffs in the customer support department prove how advanced chatbots have become. With constant innovation in NLP, bots are finding it easy to solve customer queries without having to rely on human assistance.  With more adoption of NLP-based voice applications, we may see job replacements in similar industries where customer support is important. Of course, automation plays an important role in getting rid of redundant processes, and it is expected that more companies will be deploying automation and AI-led processes and traditional jobs are likely to disappear within the next decade.

It’s not just about food delivery as in the case of Zomato, automation will impact almost all sectors wherever processes could be made more efficient using automation. Take for example the retail sector where the combination of self-checkout systems along with assistance from robots, chatbots, user-friendly applications and seamless digital payments can put human workers out of sales and store staff.

Take Amazon, for example, a company that employs hundreds of thousands of workers in its factories across the globe. There, the entry and billing of goods is being automated, and the stock placement is increasingly being done by robots or automated assembly line. Amazon is also trialling the technology in its warehouses that can package orders five times faster than humans. Workers place items on a conveyor belt, and the machine builds a box around them, processing up to 700 orders an hour.

The threats of automation to job losses is heightened by economic contractions as the one currently going on in India where companies may look to find ways to cut costs and make processes efficient using technological assistance. Of course, this is more appealing to many companies who with a one-time investment in automation and AI can potentially save a huge cost on salaries.

Upskilling And Reskilling Is The Way To Go

While Zomato made job cuts in the customer support department, it is still creating new jobs for delivery partners. But one can make the argument that in coming years, self-driving cars or automated vehicles can also make human delivery workers redundant and companies will resort to making cuts in that area too. This doesn’t seem to be the case today as large scale deployments of automated vehicle systems are far distant in time. Also, in a country like India which has a problem with traffic management and roads, it seems even more implausible to use such vehicle systems to make deliveries. But if companies could save costs and make processes more efficient by getting rid of human delivery personnel and replace them with robot driver systems or drones, they would do that without a second thought.

It is clear that as time goes by, the pressure to increase profitability would bring increasing automation in most industries and workers with redundant or repetitive jobs will be after bringing automation, they have to lay off employees. Layoffs as a result of rising adoption of automation is certainly a bad signal for employment opportunities for India’s workforce, particularly those not trained in technical or specialised skills. India’s unemployment rate has risen and if more companies lay off staff by deploying automation, it could be disastrous for the working population. The fear of recession makes the situation more complex as companies are looking to cut costs wherever possible. However, this doesn’t necessarily mean unemployment, instead of a shift in the nature of jobs.

The fact that companies are actively looking for staff with technical skills proves makes the point clear. The need of the hour for workers is to get themselves trained in specialised skills. More than 120 million workers globally will need retraining in the next three years due to artificial intelligence’s impact on jobs, says a recent IBM survey. Advancements in AI are expected to not only displace jobs but also create new ones. The challenge will be upscaling workers to fill the new jobs. If the country’s large population has to find viable means of livelihood, then what they need is reskilling and training in technical skills.